New course for employees to launch in 2018

New course for employees to launch in 2018 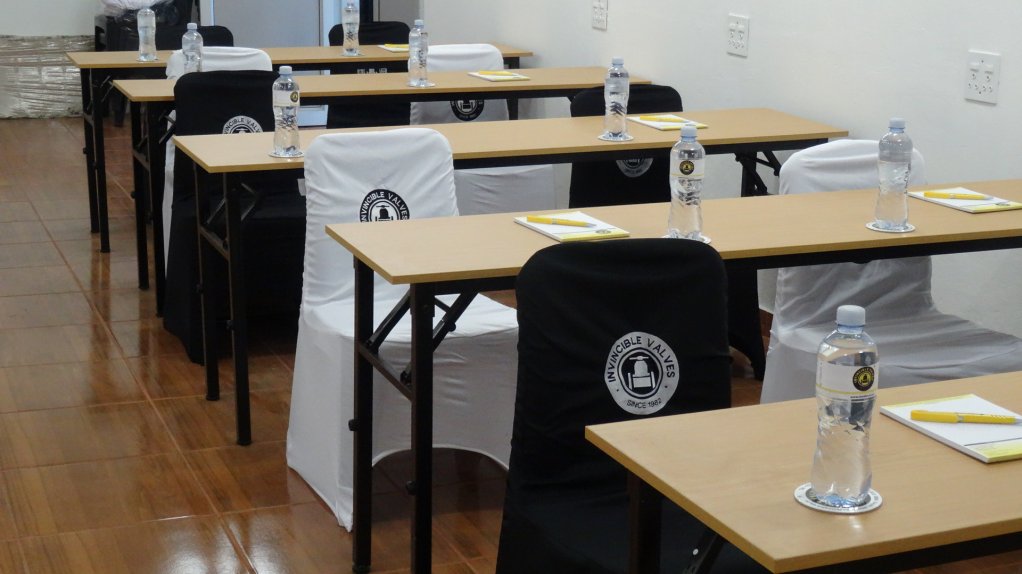 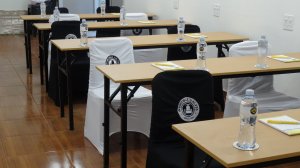 COMMITTED TO EDUCATION The training facility, operational since May this year, caters for 12 employees who will be completing three valves training course

Germiston-based valves company Invincible Valves has established a bursary competition for schools within its community, scheduled to be launched in January next year.

The competition will be open to matric students taking mathematics and science as subjects, and who have an interest in furthering their studies in the engineering sector. Entries will close at the end of April 2018.

Invincible Valves MD Pam du Plessis explains that the value of the bursary will be equal to the fee structure for 2019 at any government-accredited learning institution that offers an engineering qualification.

“Invincible Valves will pay for 2019 . . . and provide all required learning material. Winners will be announced after prelim results are released in September 2018.” Du Plessis adds that the company will engage with the entrants from May to August next year, offering them opportunities to interact with staff in the factory, where they will be introduced to “the world of valves”.

Du Plessis states that the company is committed to educating the youth and, as such, would like to see this programme develop going forward. She notes that Invincible Valves will look for further opportunities to partner with other companies to enhance the impact on secondary- and university-education levels.

The company, which earlier this year established an on-site training facility in Knights, is also committed to upskilling staff. The training facility, operational since May this year, caters for 12 employees who will be completing three training courses. These courses include introduction to valves, working with valves and control valves, all based on the online valves training programme offered by the South African Valve and Actuator Manufacturers Association (SAVAMA).

Du Plessis says Invincible Valves’ aim is to set a benchmark for training in the valves industry, “especially as a small to medium-sized business, to show other valves manufacturers and assemblers the value of education and training in the industry”.

In line with this commitment, the company will introduce a Basic Business Skills programme in February next year. This course has been designed by Du Plessis, and the content is based on her experience in business and from her literature study of the Harvard Business Review series.

Du Plessis notes that the content material for this skills programme is in the final editing process, after which it will go print. “The objective is to give candidates insight into business on a whole new level, providing basic examples for everyone to understand while ensuring that staff have the necessary tools for self-improvement and better understanding.”

Invincible Valves’ management will encourage staff to attend the free programme, which has been designed for group sessions and requires constant candidate participation, she adds.

The programme will run for 20 weeks, with an allocated time of five hours per week for each candidate. The programme will cover several business-orientated segments, such as communication, emotional intelligence, roles and responsibilities, generally accepted accounting principles, and social responsibility.

Value-Added Offering The company strives to support its clients as much as it supports its employees and communities. One example of this commitment, is Invincible Valves’ value- added services.

“This offering is not usually project-based, but falls instead within their monthly maintenance plans. The principle behind reconditioning valves is to reduce costs, which, in turn, enables the client to hold ‘stock’ for breakdown purposes,” explains Du Plessis.

On average, Invincible Valves adds rubber lining and reconditions more than 500 valves a month for customers locally. “The challenge of reconditioning is that it is labour intensive . . . it works for us because we operate within a multiskilled environment,” she adds.

Industry Overview Du Plessis, who is also the chairperson of SAVAMA, expects that the year ahead will continue much like 2016/17. “This is an economic climate we have experienced before.”

She explains that mining and manufacturing were the top two economic contributors in the 80s, and that both industries dropped considerably in terms of production and revenue in the late 90s, followed by a rise in the mid-2000s and yet another fall in 2012, which has continued to date.

She notes that, during this sustained downturn, the mining sector has shown a decline of more than 60% overall, with manufacturing declining by 40%.

“The valve sector supports the mining and manufacturing industries and we will experience shrinkage as and when these industries do.”

However, she stresses that it is not “all doom and gloom”, as there are still many opportunities to trade within several support industries.

Du Plessis concludes that, in terms of growth, “it’s down to diversification, exploring beyond our borders and partnering with the relevant stakeholders”.