BRT bridge to be completed by end of February 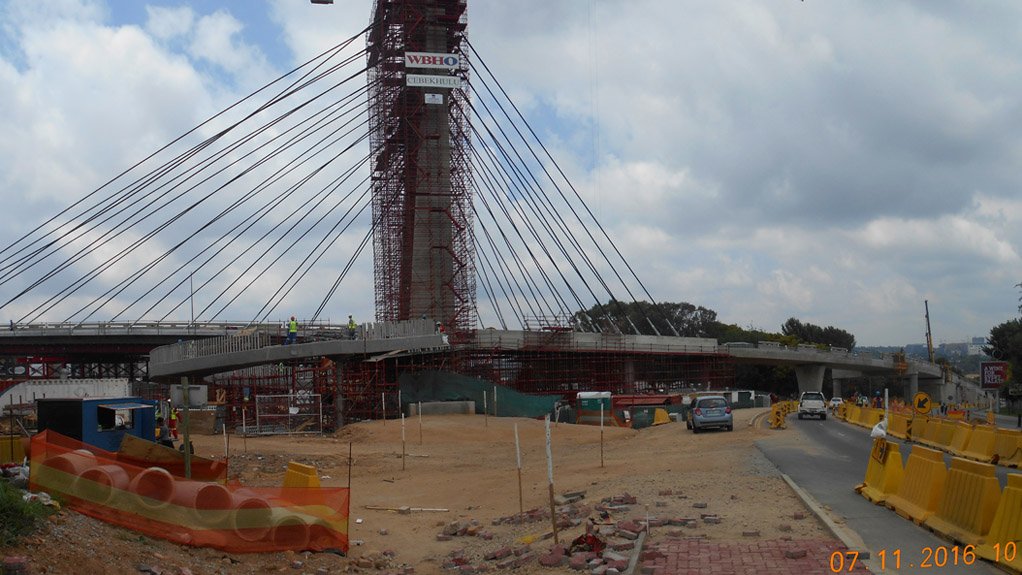 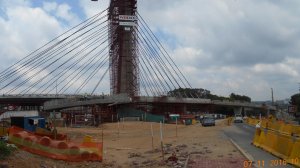 The 255-m-long bus rapid transit (BRT) bridge, which links Alexandra and Sandton, in Johannesburg, in Gauteng, will be completed by the end of February 2017, says engineering consultant Hatch.

The Johannesburg BRT system, known as Rea Vaya, is to be extended through the establishment of the BRT trunk route that links Johannesburg central, Sandton and Alexandra. This extension called Phase 1C was awarded to consultancy firms Royal Haskoning DHV, Hatch and Malani Padayachee & Associates and has been divided into five sections – of which two are designed and supervised by Hatch.

All sections are expected to be completed by April next year, when various sections of the route become operational.

Hatch consulting engineer Cliff Weideman says the consultancy’s scope of work for this project included the planning and design of the Alexandra–Sandton BRT route, which included the design of the bridge, as well as traffic studies for the affected region.

Further, as consultant for the implementing agent the Johannesburg Development Agency – which funds the development of the BRT system – Hatch was also involved in the procurement process and has overseen the construction phase.

Hatch resident engineer Trevor Nxumalo notes that the western ramp for the BRT bridge is about 1 km from Grayston drive, in Sandton, with the eastern ramp ending on Lees street, in Alexandra.

The ascending and descending ramp connections are supported by reinforced concrete bases on either side of the M1.

Nxumalo notes that most of the challenges were as a result of having to accommodate the existing road infrastructure. He says that the primary challenge was ensuring that the BRT lanes fit into the existing space, as most of Alexandra and Sandton is already developed, subsequently making the construction of new lanes unviable.

Further, water pipes, electricity mains and fibre-optic cables also needed to be avoided. Weideman adds that the design had to ensure that subsequent construction work would have minimal impact on traffic flow.

He states that for the entire Phase 1C, more than 16 km of road and the associated infrastructure will be upgraded; Hatch is responsible for about 4 km, starting at the Sandton Gautrain station and ending at Lees street.

Further, Hatch was also involved in the Sandspruit bridge rebuild of Phase 1C. Nxumalo explains that the old, two lane-bridge was unsuitable for the traffic volumes on Katherine street between Grayston and Marlboro drives.

The new bridge was intended to end traffic bottlenecks by increasing the number of lanes, while allowing for the establishment of a BRT lane along Katherine street. This lane stretches from West street, in Sandton, to the aforementioned BRT bridge, less than 1 km from Sandspruit bridge. The rebuild was completed about two months ago.