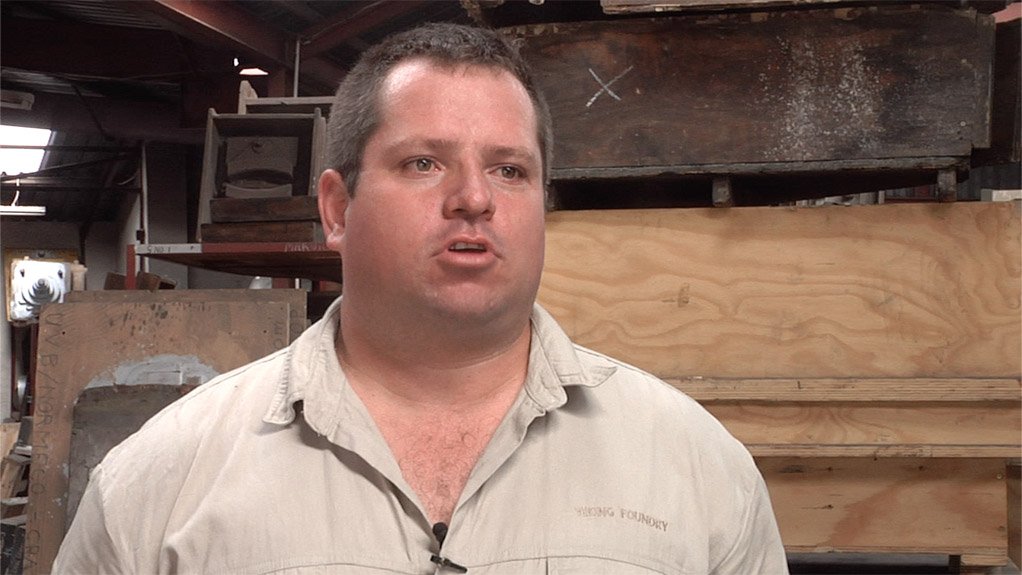 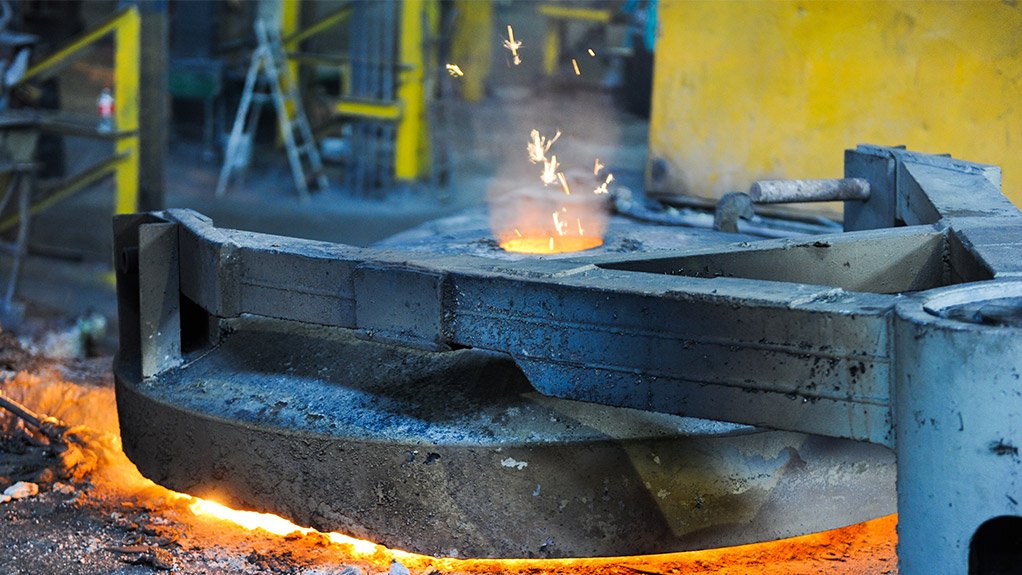 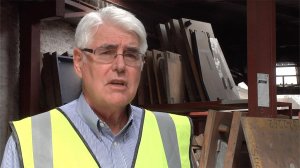 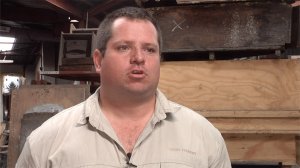 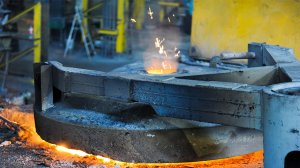 The metal-casting industry has experienced a period of decline, with several closures of foundries in recent years. However, the recent signs of economic recovery in Europe and North America, the continued strong growth of the African continent’s economy and the weakening of the rand are all encouraging signs that a more stable period for foundries is on the horizon, says the South African Institute of Foundrymen (SAIF) CEO John Davies.

He explains that there is some buoyancy in the industry amid government’s infrastructural reconstruction and development plan, the mid- to long-term aims of the automotive industry to manufacture 1.2-million vehicles by 2020 and government’s commitment to what will soon be the sixth iteration of the Industrial Policy Action Plan.

Davies says that the lack of a firm, long-term order book and the continuing threat of manufactured imports, arising from global sourcing policies and lower-cost manufacturing zones, are challenges for the industry.

Further, the rapid rise in energy costs, the dependence on world market prices for metal scrap and other input materials, the underdeveloped skills, training and education of the workforce, as well as the associated resistance to adopting new technologies by industry, also present challenges.

The cost of compliance with the recently implemented legislation concerning both air emissions and waste disposal, as well as the declining level of activity in the South African mining industry, have also affected the foundry industry, says Davies, as manufacturing processes have had to be changed.

He notes that the shift in focus of the automotive industry, from local supplier development to the global sourcing of drivetrain and chassis components, also does not bode well for the industry, as it increases cheaper imports and reduces exports from South Africa.

However, the foundry industry has severely underused capacity. Bringing these volumes back to the local foundries will have a significant impact on their production costs, making them competitive.

Dealing with the Challenges

Local foundries have been preparing for the increased volumes arising from localisation and infrastructure spend, highlights Davies.

The Gauteng Foundry Training Centre, in KwaThema, was launched in September 2013 and the first intake of apprentices are receiving training in specific foundry skills. The centre was established with the help of the NFTN, the Gauteng Department of Economic Development and further education and training institution Ekurhuleni East College, as well as with SAIF resources.

This followed the successful completion of a pilot learnership programme at the end of 2013, resulting in 14 learners obtaining their National Qualifications Framework Level 4 qualification in melting, moulding and patternmaking, as well as becoming available for placement in the industry.

Further, government has introduced a price preference policy for metal scrap to lower input costs. The industry has been active in the designation process for valves, which is now in effect and which will lead to greater casting demands, explains Davies.

They are offered as generic courses and customised for in-house presentations to existing employees in the industry.

Besides the continued drive for greater mechanisation, automation and robot use in foundry design to ensure quality consistence, the industry is leaning towards more rapid product development cycles, shorter lead times, leaner sections with increased strengths, and the well-established thrust for lighter metals in automotive applications, says Davies.

“Additive manufacturing, or the three- dimensional printing of polymers, metals and ceramics, such as sand, will transform the low-volume end of the market and the rapid prototyping technologies,” he adds.

Several of the country’s technology universities have courses directed at the metallurgical industries, in general, or the metal casting industry, in particular, so a thin stream of engineers is being absorbed by the industry on a yearly basis.

“More needs to be done to encourage the uptake of technicians and engineers in our industry. Research is carried out at South Africa’s four technical universities, which provide valuable assistance to the industry in applying the latest technologies in our foundries,” notes Davies.

He says the biggest potential for growth in the industry lies in the localisation programmes for the 18 Strategic Infrastructural Projects making up the R847-billion spend over the medium term announced in the Finance Minister’s Budget speech, resurrecting the local supply chain for the supply of drivetrain components to the automotive industry and exploiting the capital goods and consumable markets in the African mining industry.