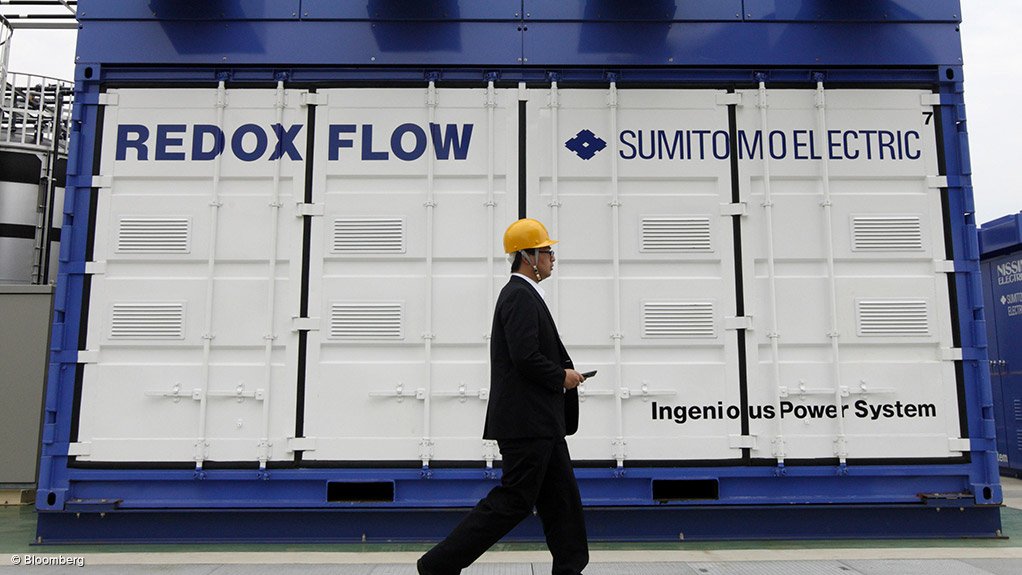 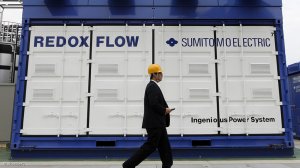 Photo by Bloomberg
GO WITH THE FLOW Energy storage devices, such as redox-flow batteries, are becoming more cost effective, which will boost growth in the renewable energy sector

The narrow focus on cost may be leading to misconceptions about the real value of energy storage, according to a new report by the World Energy Council (WEC) titled ‘E-storage – shifting from cost to value’.

The report, launched in Abu Dhabi on January 19, focuses on solar and wind applications and says that the intense focus on investment costs is leading to the perception that energy storage is more expensive than it actually is. This is because it ignores the system value of stored energy.

The report is calling for the true value of energy storage to be recognised by taking into account both its cost and revenue benefits. It looks at a number of storage costings across the technology spectrum before concluding that the widely used ‘levelised cost of energy’ methodology is hindering the progress of energy storage.

The analysis identifies two problems with the methodology, namely arbitrariness, which does not allow for differences in application cases, and incompleteness, as only limited account of revenue is taken.

At the launch, WEC secretary-general Dr Christoph Frei said, “Energy storage is a critical catalyst of the energy transition whose benefits are still undervalued. The costs have already come down, but will have to fall further for a much broader roll-out and use in household and electromobility”, adding that the investment community should be excited about the innovation and business models that will emerge from new opportunities.

Frei then enthused about the “bright future for energy storage [and its] significant innovation potential”. He expects that, with the cost of capturing and storing wind and solar energy coming down, its deployment across the world will increase.

Moreover, he believes that the market should be enthusiastic about storage of energy, because of both the cost reductions and the additional revenue and other benefits that specific technologies in specific contexts will deliver.

The report also estimates that with new technologies in the pipeline, storage costs of energy will fall by as much as 70% over the next 15 years. It suggests that solar storage will become more competitive as new battery technology drives prices down, and wind storage more attractive as technical advances in areas such as composite materials enable the power generated by wind turbines to increase.

The report notes that, while batteries are currently too expensive for large-scale use, improving technology is cutting costs, which means storage systems could replace some plants and avoid the need for new ones, as well as reduce demand for oil.

In order to create the right policy environment that will unlock the potential of energy storage and capitalise on its true cost and value benefits, the report makes five recommendations to policymakers.

asks policymakers to look beyond costs, to examine storage through holistic case studies, to work with operators and regulators to accelerate the development of flexible markets, and to establish supporting policies and an enabling regulatory framework to facilitate further commercial deployment of storage technologies.

Though, the report does warn that the value of stored energy needs to be assessed on a case-by-case basis because revenue streams vary over time and between countries owing to differences in the market, policy regime and variability of competing resources.

Frei added: “Too often the industry only talks about one §§half of the profit formula, namely cost. Policymakers should recognise the . . . span of marketplaces that can benefit from energy storage. These range from bringing down the cost of home solar systems, enabling the electric car industry to grow, helping electricity suppliers . . . manage problems when the grid goes down . . . and [take] advantage of market price fluctuations [to] sell electricity across borders.”

He stated that, in order to take full advantage of the growing wind and solar electricity shares, policymakers had to review electricity market design so as to incentivise storage capacity and ensure reliable and affordable electricity supply.

The WEC report is the work of 23 leading industry and academic experts from across the world who form part of the World Energy Council Storage Knowledge Network.