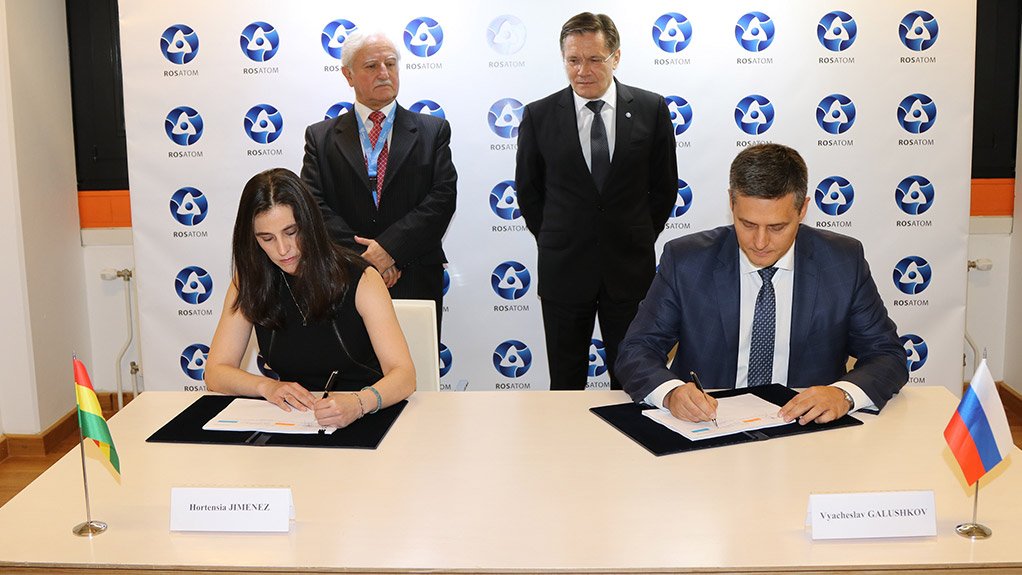 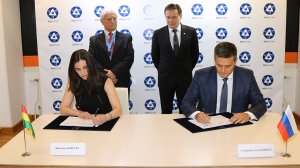 Russia’s State-owned Rosatom nuclear energy group is to establish a Nuclear Research and Technology Centre (NRTC) in Bolivia. The contract was signed in Vienna, Austria, on Tuesday, between Rosatom group company State Specialised Design Institute (SSDI) and the Bolivian Nuclear Energy Agency (ABEN is its acronym in Spanish). The project will cost more than $300-million.

“We offer Bolivia not just the construction of the highest-altitude nuclear science centre in the world; we offer our partners cutting-edge technologies,” affirmed Rosatom director-general Alexey Likhachev. “The implementation of this project will allow Bolivia to become a regional leader in nuclear research.” Once the centre is operational, it will allow Bolivia to widely apply radiation technologies in many areas, including agriculture, industry and medicine.

The reactor will be water cooled, and the NRTC will include a cyclotron, a radiopharmacology complex, a multipurpose gamma-installation for experimental purposes, a number of laboratories, and engineering facilities. Rosatom will also develop the nuclear infrastructure, train the scientific and engineering personnel, and provide operational and maintenance support throughout the lifetime of the facility. It will also cooperate scientifically with the new Bolivian centre.

“Based on the results of the previously concluded contract for preliminary engineering studies, we have confirmed the suitability of the site and shortly, together with our Bolivian colleagues, we will proceed with practical measures for the construction of the centre,” he reported. The commissioning of the NRTC’s initial facilities is scheduled for 2019 and it will have a planned operational life of 50 years, at which point the reactor could be given a life-extending upgrade.

On the Russian side, the contract negotiations were led by Rusatom Overseas, with participation of representatives of other Rosatom Group companies, including Rusatom – International Network, Rusatom Service, Rusatom Healthcare (in all these cases, Rusatom is the correct spelling) and nuclear reactor design subsidiary NIKIET. Rosatom has already built more than 120 research reactors in Russia and other countries.

The group reported that the international nuclear market in non-energy products and technologies is “growing strongly”. Currently, there are 245 research reactors operating in more than 50 countries, of which 58 are in Russia.