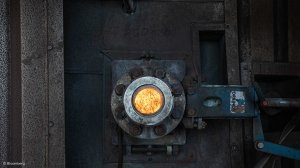 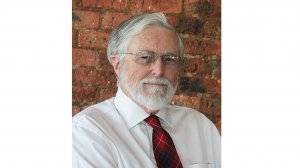 WHATS HOT Because of the extreme temperatures needed to generate steam boiler failures can be very catastrophic if not detected early.
IAN FRASER Procon system assists technicians in pinpointing exactly where the leak is so that it can be remedied as soon as possible

The Procon boiler tube leak detection system can be instrumental in preventing unplanned boiler shutdowns, says technology and solutions provider RTS Africa Technologies, highlighting its benefits to industries that make use of boilers.

As the local distributor of turnkey solutions provider Procon Engineering’s products, RTS Africa Group says an effective and accurate detection system is essential for boiler maintenance teams to detect the typically pinhole-size leaks that can occur, which can be difficult to detect during visual inspections of the boiler and its tubes.

Therefore, the Procon system allows for early identification of potential leaks, before they become critical. This enables maintenance and repairs to be carried out during routine shutdowns, thus avoiding unscheduled emergency stoppages.

The acoustic-based tube leak detection system – which was initially developed by Procon Engineering division Lintvalve in the 1970s – has evolved through constant research and development to remain a sophisticated system, in line with current requirements.

Procon’s system consists of specialised ‘microphones’, which are selectively tuned to detect a particular frequency of steam being emitted by a leak from within the boiler. The microphones are installed on acoustic tubes positioned at strategic points around the boiler.

Customarily, more than one microphone will react to a leak so that varying measured amplitudes assist in homing in on the leak when the boiler is opened.

The microphones target specific points in the boiler tube system, and are designed to handle the harsh conditions at power stations and various industrial boiler applications.

The data is collected and stored in a central console. The system provides graphic representations of all acoustic channels, which must be monitored by the operators. Any increase in the bar graphs indicates that a leak is developing. The data collection system normally provides 30-day continuous logging, which can be extended if required by the client.

The output from the microphones can be fed into an information technology-controlled display – each microphone being represented by a bar on the display – while the data can be kept for record-keeping and system analysis purposes, adds Fraser.

“In this way, the Procon system assists technicians in pinpointing exactly where the leak is so that it can be remedied as soon as possible.”

Fraser mentions that the backup diagnostic system – which can be regarded as a sophisticated and expensive purchase – offers a good return on investment for large boilers of 200 MW or more.

He comments that there is a tendency to see this kind of technology as an additional cost, but asserts that a properly installed and monitored system can provide a return on investment within a short period.

Fraser highlights that the prevention of major failures will also assist in avoiding punitive financial penalties and, ultimately, result in an improved bottom line for the company.

RTS Africa Technologies is investigating the option of offering simpler display and diagnostic options for testing systems, which will make them more cost effective for smaller boilers and boiler operators.

The offering would include simple liquid crystal display bar indicators – without in-built trending – while trending would then be an added option.

“Compared with the cost of a boiler failure at a major power station, the cost of the Procon system is minimal,” concludes Fraser.