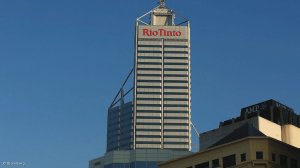 Following outrage over the destruction, by Rio Tinto, of rock shelters used by Aboriginal Australians as long as 46 000-years ago, the mining group announced this month that its CEO, Jean-Sebastien Jacques, would leave the company at the end of March, or when a successor was appointed. Chris Salisbury, the head of the group’s iron-ore unit, and Simone Niven, group executive of corporate relations, would also exit. The move points to the growing power of investors and their demand for executive accountability. As Responsible Investment Association Australasia Simon O’Connor put it: “Many responsible investors will be scrutinising much more closely the activities of all resources companies, to seek assurance that there are rigorous processes and practices in place which can prevent an event like this happening again in the future.” Photograph: Bloomberg