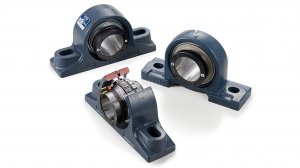 ISO Bearings GM Bennie van Niekerk tells Engineering News that the new brand was introduced to the company’s portfolio in August, subsequent to an initial negotiation period with FYH Bearings, in Japan, earlier this year.

“We received our first shipment in August and started supplying the bearings to a few of our clients,” he enthuses.

Van Niekerk says the inclusion of the FYH brand aligns with ISO Bearings’ aim to attain recognition as an A-listed or premium brand supplier in South Africa.

He assures that the FYH brand aligns with the required standards, such as those of the International Standards Organisation and the South African Bureau of Standards, while offering a highly competitive product to the local bearings market.

Van Niekerk explains that FYH produces only mounted ball bearing units and spherical roller units. The FYH brand consists of about 900 varieties of bearings and about 500 forms of housings.

There are several thousand combinations of bearings and housings that can be used to form a unit.

“We currently carry an extensive range of the ball bearing units and will add the spherical units soon,” he says.

The brand is suited to all industries, with FYH bearing units designed for severe operating conditions that often feature high-speed rotation and heavy loads.

The mounted ball bearing units come standard with patented bullet point set screws, which are designed to expand the thread of the screw as the point of the screw makes contact with the surface of the shaft. The resulting force created by the screws allows for superior holding power, especially amid vibration.

The pillow blocks come standard with the original FYH solid base that seats better than other seating arrangements, and produces a more stable mounting configuration that significantly reduces vibration.

The units also come standard with a patented triple-lip sealing design, which always has a positive sealing contact at any misaligned angle, says Van Niekerk

The FYH range will subsequently be promoted for use in all the applications to ISO Bearings clients and prospective clients to supplement its current brands and ranges.