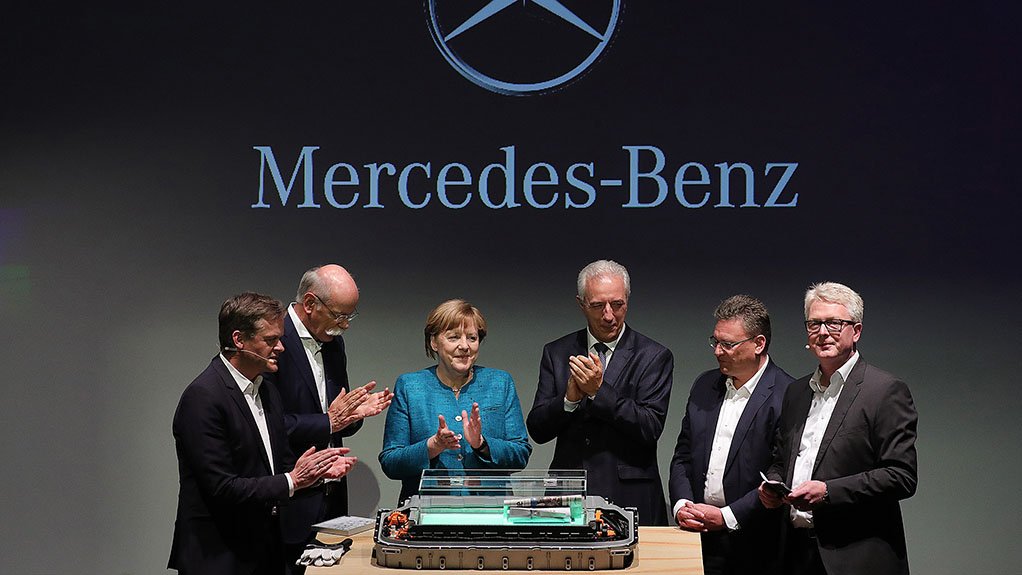 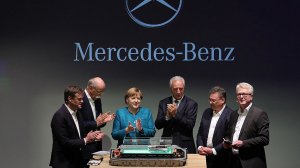 German Chancellor Angela Merkel, centre, at the inauguration of Deutsche Accumotive’s electric automobile battery factory, in Kamenz, Germany. The plant will assemble lithium-ion energy-storage units for Daimler, whose executives are pictured marking the milestone along with Merkel. Bloomberg reports that the facility, 130 km south of Berlin, highlights a push by both major automakers and power companies into energy storage.