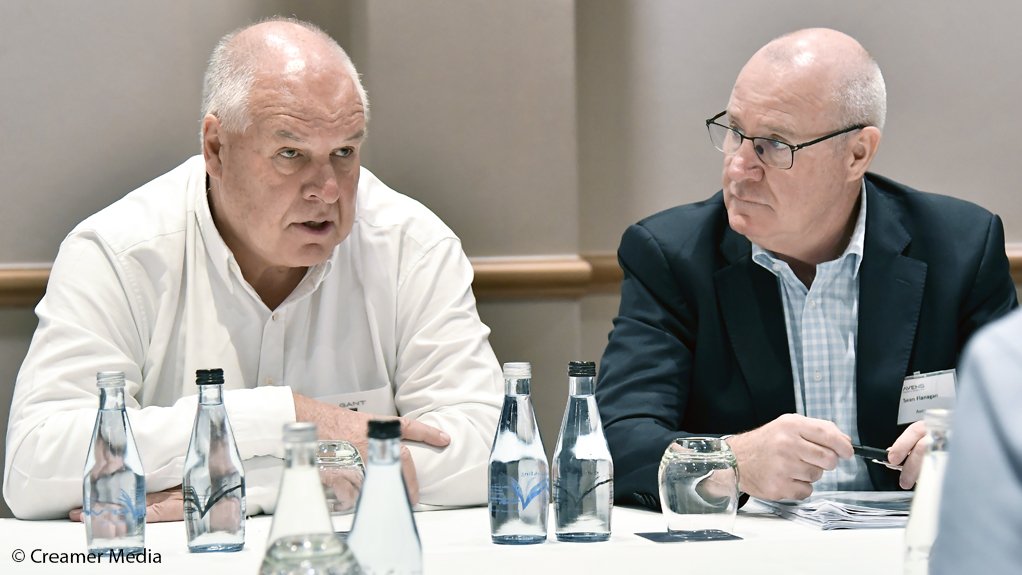 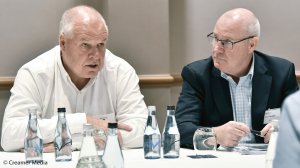 JSE-listed construction and engineering group Aveng says the disposal process for Grinaker-LTA is well advanced, but has also confirmed that the company will not be sold as a single going concern.

The R95-million sale of Aveng Water has already been agreed and newly appointed CEO Sean Flanagan reports that an announcement regarding the sale of Grinaker-LTA’s civil engineering and building unit should be made soon.

Progress is less advanced, but also progressing, on the sale of the mechanical construction, ground-engineering and roads units.

Flanagan reports that Aveng initially held talks with a potential buyer of the entire Grinaker-LTA business. The negotiations fell through, however, partly because “a lot of those businesses just don’t belong together”.

Those interested in buying the civil and building construction business, where not necessarily keen, for instance, to also take on the mechanical construction and ground-engineering units.

“A significant focus for the next six months is to complete the disposal of the balance of Grinaker-LTA and we are making good process on the building and civil side,” Flanagan reports, adding that an announcement could be made within weeks.

Potential buyers for the other three businesses had been given access to Aveng’s data room and Aveng is aiming to either complete the transactions, or make sale announcements, by the end of June, which has been set as an internal target date for the completion of the noncore disposal process.

The balance of the manufacturing units, including ACS, DFC and Duraset, should also be sold by the end of June.

Executive chairperson Eric Diack says an announcement is also imminent regarding the sale of Trident Steel, which made a positive financial contribution during the six months to December 31, 2018.

Trident Steel revenue for the period increased to R2.7-billion from R2.5-billion in the comparable period last year, while its contribution to operating free cash flow increased from R39-million to R179-million period-on-period, owing to higher volumes and steel prices.

The company’s results for the period were dragged lower by the Moolmans contract mining business, which together with McConnell Dowell, remains a core business for Aveng.

Moolmans’ interim revenue fell to R2-billion from R2.5-billion in the comparable period of 2018, and it also reported a net operating loss of R166-million, which was even worse than the R160-million operating loss recorded by Grinaker-LTA.

The loss was attributed to a “disastrous” performance of Moolmans’ contract at the Gamsberg zinc mine in the Northern Cape, where the abrasiveness of the material being handled had been underestimated during the tender stage. As a result of higher-than-anticipated wear and tear the availability of the mining fleet had been undermined and Moolmans had failed to perform in line with contractual obligations. The business’ results for the period were also negatively affected by higher-than-expected closeout costs at the Karowe contract, in Botswana.

Diack reported that a group-wide turnaround intervention was under way and indicated that a new Moolmans MD would be appointed in the coming weeks.

Aveng’s two-year order book increased to R19.5-billion from R17.9-billion on the back of a strong rise, to R11.6-billion, in McConnell’s Dowell’s backlogs for Australia, New Zealand and South East Asia. The South African component of the order book fell to only 37%, with Australasia contributing 40%.

Grinaker-LTA’s order book declined to R3-billion, from R4.7-billion, after the termination, in February, of a South African National Roads Agency Limited (Sanral) contract relating to the construction of the R1.6-billion Mtentu bridge, in the Eastern Cape.

The Aveng Strabag joint venture (ASJV) declared a force majeure in October following violent protests at site, as well as threats to its employees.

Flanagan and Diack stated that the termination was made legally in line with the conditions of the contract, including the stipulation that termination can be instituted only after a prolonged force majeure of 84 days for a single event that affects contract execution.

The ASJV has also taken legal steps to prevent Sanral from calling a R245-million performance bond and a R22-million retention bond that could potentially arise, arguing that such an action would be unfair in light of a legal contract termination. The court has yet to deliver judgment on the matter, which was ventilated in the Gauteng North High Court on February 20.

Flanagan said the decision to terminate was premised on the need to protect the ASJV staff, some of whom had been directly intimidated. Strabag had also indicated to Aveng that it had never before faced such a threat of violence, despite having worked in 80 countries, including in territories such as Afghanistan and Iraq.

However, Sanral told Engineering News Online that it rejected ASJV’s assertions and confirmed that it was seeking formal termination of the contract from its board as a result of ASJV having abandoned the construction site.

"Sanral intends to pursue all legal means available to it to recover expenses and penalise the ASJV for breach of contract. The awaited court judgment on the interdict application that was brought by ASJV will inform SANRAL’s approach going forward on this matter," communications GM Vusi Mona said.

He added that the State-owned company wanted to assure the people of the Eastern Cape that the N2 Wild Coast project would be completed, "notwithstanding this abandonment of the project by ASJV".