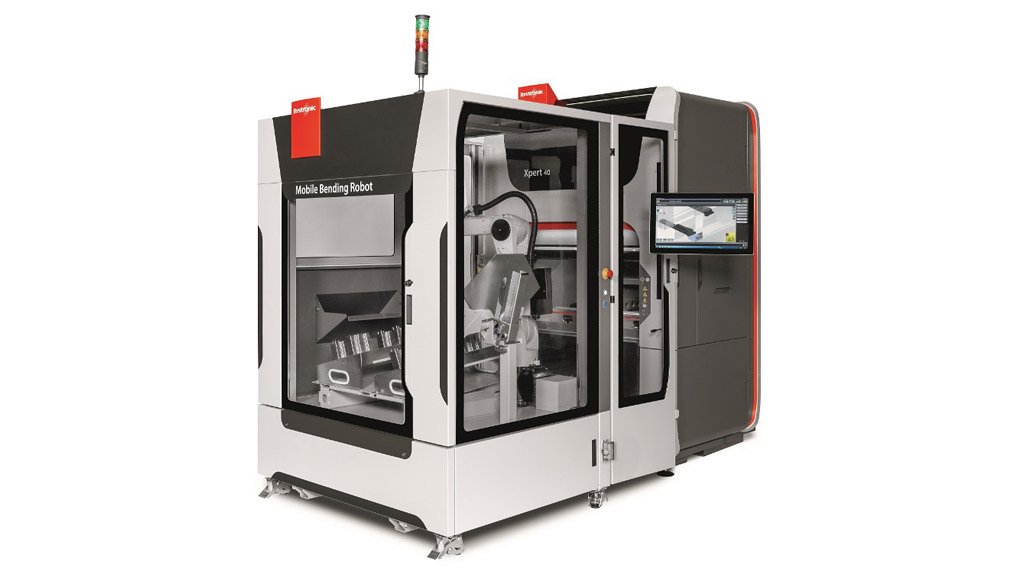 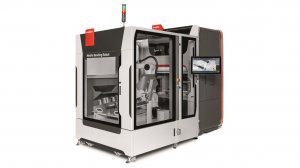 “Sophisticated automation available in capital equipment, such as fibre laser cutting or tube bending, has the power to revolutionise manufacturing and organisational productivity to previously unknown levels.”

Poole notes that this is particularly true in South Africa, where the majority of manufacturing businesses have been slow to adopt this international trend that has come to be known as the fourth industrial revolution. The principal challenge is that most companies are labour-intensive and tend to assume that the cost of labour is cheaper than the cost of automation – which is not the case.

He notes that automation results in increased levels of productivity, significant reduction in cost per part, exponential financial returns, and organisational streamlining.

Current Automation Poole says there are automated storage systems that transport raw sheet steel to laser cutting machines. After cutting has been completed, other automated machines unload the steel sheet and transport these raw components to bending machines, which are also now automated or robotic.

“What this means is that sheets of metal can be stacked in the store of a laser-cutting factory. Then, without any labour being involved, automated processes will take this steel through the cutting and bending processes to transform it into finished components.”

This level of automation ensures that consistent quality standards are maintained while allowing for minimal production labour requirement.

“Europe has been using automation for more than two decades. In South Africa, the adoption tends to lag. Although the adoption of new technology locally is steadily improving, overall it will continue to lag as long as companies have the perception that South Africa has cheap labour,” he comments.

Moreover, First Cut, in partnership with manufacturer of sheet processing systems, Bystronic, has been leading the introduction of fibre laser machines to South Africa. “The fibre laser offers the customer increased versatility and ensures excellent return-on-investment. It uses only a third of the electricity that earlier technology carbon dioxide lasers used. When fibre lasers are part of an automated system, it can save on electricity,” asserts Poole.

He says that, most often, when jobs are phased out through the application of automation, the employee has invariably been redeployed and sometimes upscaled to a more suitable position. “. . . with automation, a manufacturing company becomes more efficient and tends to grow, and this growth creates more jobs.”

Another advantage of automation is that it opens up the possibility of long, uninterrupted production runs. However, this option places the onus on the maintenance function of an operation to ensure that all the preventive maintenance schedules have been timeously and effectively implemented. Production runs that have to be stopped for unscheduled maintenance will negatively affect the advantages of automation.

“Automation will enable the local steel industry to be more competitive on the global stage by improving production input costs, productivity rates and turnaround times. These crucial factors – together with being strategically very well placed on global sea-trade routes – will enable us to participate more successfully in the international sheet metal and/or steel industry,” Poole points out.

He says expanding the South African sheet steel industry through automation will serve to boost other local industry sectors, which are either ancillary or associated with the steel industry in some way. “We have to move away from the thinking that we are a country with a depreciating currency and cheap labour, because that is not going to ‘cut’ it – either now or in the long term.”

Poole sites two examples where the introduction of automation has had major benefits. The first was where First Cut fitted a night train for a customer in the metals fabrication industry. The automated system used in this project feeds steel to a laser-cutting machine throughout the night without the need for any labour. “If there is a problem, the machine has a cellphone link, which will summon technical assistance. From a labour perspective, night shift operation is frequently problematic, so having a system that can operate autonomously is a benefit.”

The second instance involved a customer installing a robotic bender, which meant three other machines could be dispensed with, and the associated labour could be deployed elsewhere. “It was a major productivity boost for this customer’s company,” Poole concludes.