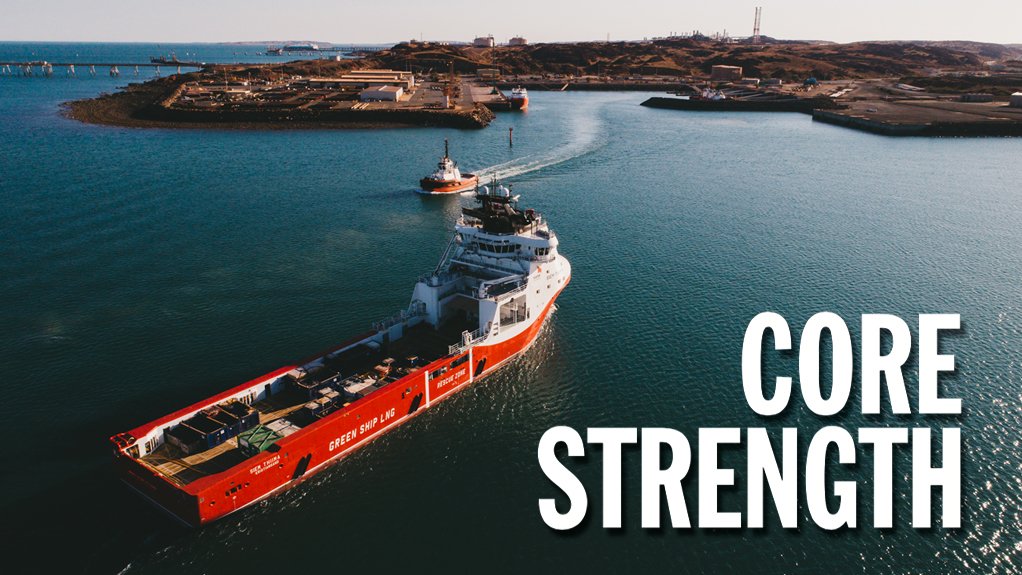 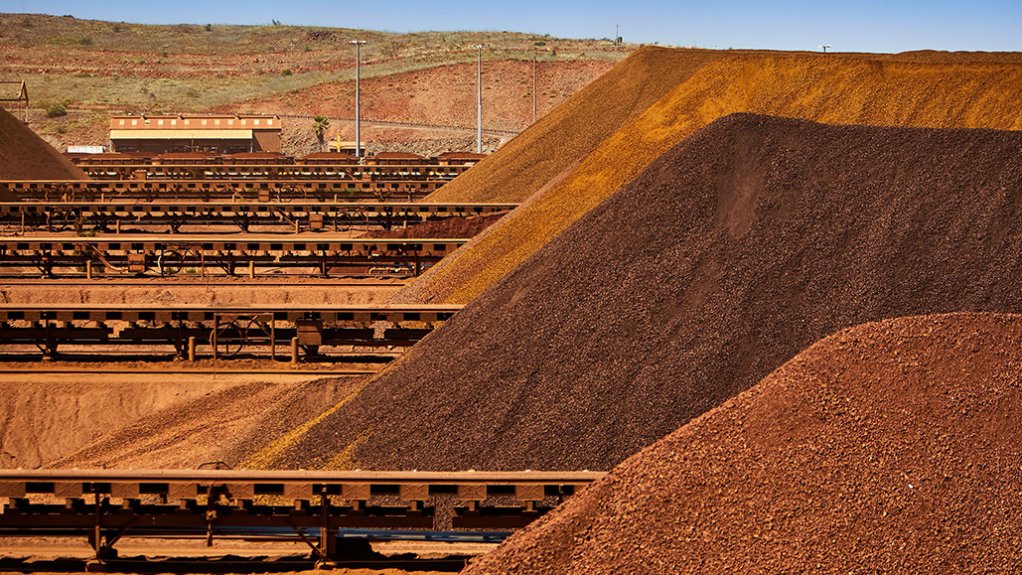 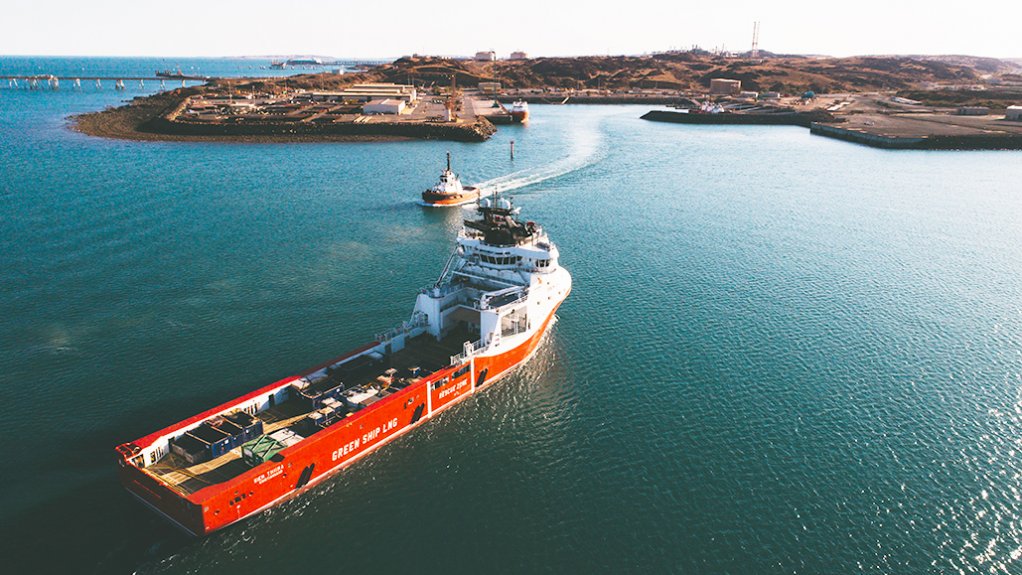 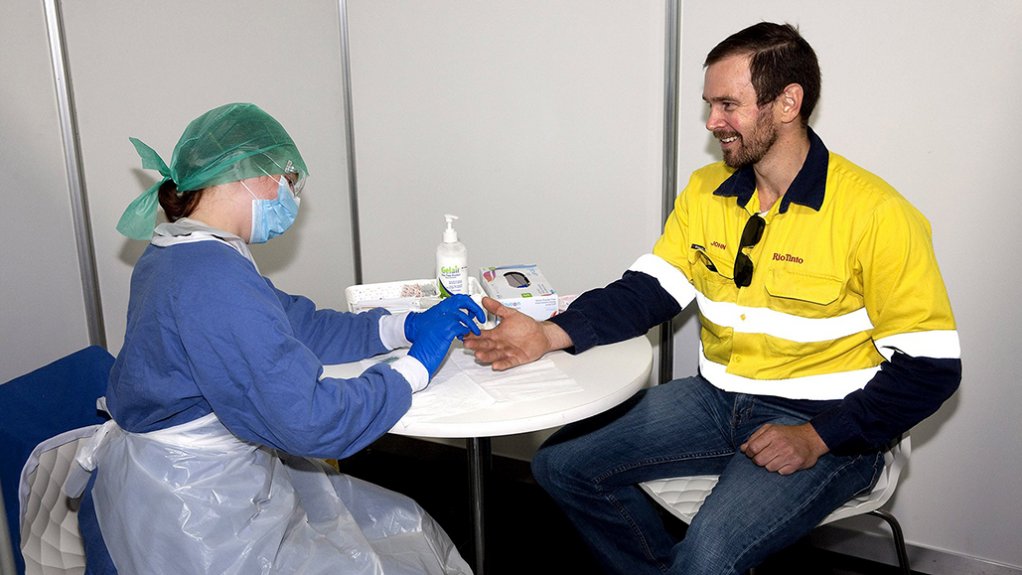 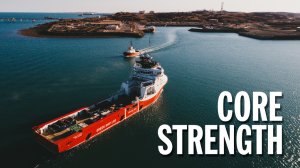 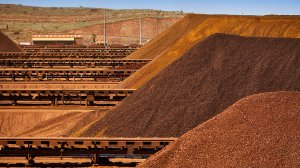 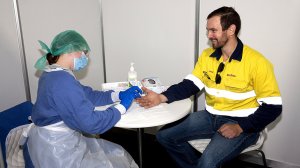 PILBARA PILES Iron-ore continues to be a key economic contributor with exports totaling A$31.6-billion in the first four months of 2020, a 21.3% increase on 2019
TANKING TANKERS Commodity prices, specifically that of oil and liquefied natural gas tumbled, as demand for resources declined
IMMUNE BOOST The introduction of measures to prevent the spread of Covid-19 has meant that mining in Australia continued largely unabated

The onset of the Covid-19 pandemic early in 2020 completely changed the global social and economic landscape, causing travel restrictions and physical distancing precautions in an effort to halt the spread of the virus.

The International Monetary Fund forecast that the global economy would contract by 6% in 2020 as governments around the world implemented containment measures to limit the health impacts of the pandemic. A further contraction is expected if a second outbreak occurs.

While some remote locations in Australia have become unattainable to protect indigenous communities against Covid-19, and while physical distancing practices are maintained across all mine sites, mining in Australia continues largely unabated during the pandemic.

The Office of the Chief Economist (OCE) has noted that with global resources supply now constrained, and usage recovering as manufacturing resumes, price falls for most resource commodities seem to have passed, particularly for iron-ore, where prices have recovered the losses of the first four months of 2020.

Offsetting the generally weaker prices, Australia is expected to report higher resource export volumes for 2019/20, with resource and energy exports predicted to reach a record A$293-billion.

“Iron-ore continues to be a key contributor, with exports totalling A$31.6-billion in the first four months of 2020, which is a 21.3% increase on 2019. And over the same period, LNG exports were up by 1% on the previous year, valued at $16.9 billion in the four months to April,” said federal Resources Minister Keith Pitt.

The OCE noted that gold, which is considered a safe haven in uncertain times, is set to be a strong performer, with prices surging to an eight-year high in 2020, and export earnings now on track to set a new record of almost A$32-billion in 2020/21 and Australian gold production reaching a peak of 381 t in the same period.

Coal prices, which fell sharply in 2019, declined further in the June quarter, and are likely to remain low through the rest of 2020.

“There are obviously some challenges ahead as the world fights to contain the Covid-19 pandemic, but I remain confident that once the crisis passes, resources and energy exports will play a key role in Australia’s economic recovery,” Pitt said.

“We knew the corona virus would deliver a massive blow to our economy, but it would have been so much worse if not for the contribution of our coal, iron-ore and LNG exports.”

The federal government has moved to bolster the resources sector during the pandemic, investing A$125-million in its exploration stimulation programme to expand its reach to cover the whole of Australia, and adding to the A$100-million already spent on Geoscience Australia’s Exploring for the Future (EFTF) programme.

The EFTF programme uses a series of cutting- edge geoscientific techniques to map the geological structures at unprecedented scale and detail. This freely available information creates a better understanding of Australia’s mineral, energy and groundwater systems and allows for the realisation of Australia’s economic potential.

“Investments in the resources sector are investments in jobs and opportunity, especially in regional Australia. The Australian government is focused on creating new jobs to help Australia recover from the impact of the Covid-19 pandemic,” Pitt said.

“Even though Australia is known for its world-class mineral resources sector, over 80% of Australia is still underexplored. Over the past four years, EFTF has worked across northern Australia to deliver world-leading data about the region’s mineral, energy and water resource potential to industry, government and communities,” he said.

“We are confident of the long-term impacts of the existing programme, with independent analysis of the programme indicating it could deliver just over A$2.5-billion in economic benefits and jobs in northern Australia.

“More than ever before, we need the resources and agriculture sectors to be growing and helping lead our economic recovery following Covid-19.”

In addition to the exploration push, the government will also invest A$2-billion into retraining and upskilling workers for sectors with job opportunities, as the part of the economic recovery plans.

A new A$1-billion JobTrainer programme will provide up to an additional 340 700 training places to help school leavers and job seekers access short and long courses to develop new skills in growth sectors and create a pathway to more qualifications.

Courses will be free or low cost in areas of identified need, with the federal government providing A$500-million with matched contributions from state and territory governments.

Prime Minister Scott Morrison said the JobTrainer package was focused on getting people into jobs.

“JobTrainer will ensure more Australians have the chance to reskill or upskill to fill the jobs on the other side of this crisis. Covid-19 is unprecedented but I want Australians to be ready for the sorts of jobs that will come as we build back and recover.

“The jobs and skills we’ll need as we come out of the crisis are not likely to be the same as those that were lost,” Morison said.

The package also includes an additional A$1.5-billion to expand the wage incentive to help keep apprentices in work, and builds on the initial A$1.3-billion package announced in March.

The Minerals Council of Australia (MCA) has welcomed the investment both into boosting exploration and into the reskilling of workers.

“Australia’s exploration investment is likely to decrease and may take some time to recover as some commodity prices decrease substantially in response to the Covid-19 pandemic,” said MCA CEO Tania Constable.

“Exploration investment is the foundation of Australia’s mining industry, which generates A$289-billion in export revenue, directly and indirectly supports 1.1-million jobs and contributes A$39-billion in royalties and taxes to Australian governments.

“While there is more to be done to support exploration, backing pre-competitive geoscience through programmes like Exploring for the Future will help unlock mineral wealth to create new jobs and deliver long-term benefits for all Australians.”

Constable noted that the government’s investment in extra apprentices and to train and reskill school leavers and unemployed people would help to bring more highly skilled workers onto Australian mine sites and into the mineral supply chain.

“The JobTrainer package will complement existing initiatives such as the MCA-led Mining Skills Organisation pilot, an industry-led initiative which is building a responsive and flexible vocational education and training to deliver the skills and training needs of both the industry and the future minerals workforce,” Constable said.

The pilot will identify opportunities to retrain and reskill entrants in regional and remote Australia and from other industries affected by Covid-19, including new and innovative skill sets and qualifications linked to technology adoption in the modern mining sector.

“The Australian mining industry is a long-standing global leader in the development and deployment of new technology and techniques, including data analytics, automation, robotics and artificial intelligence, leadership which will continue in the post-pandemic era,” she added.