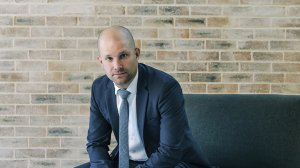 JSE-listed Arrowhead Properties has posted a 24% year-on-year decrease in distributable earnings per B share to 23.19c apiece in the six months ended March 31, and decided against declaring an interim dividend to preserve cash.

This compares to distributable earnings per B share of 30.65c apiece posted for the six months ended March 31, 2020.

However, distributable earnings per B share in the current reporting period increased by 57% compared with the six months ended September 30, 2020.

Commenting on market conditions, CEO Mark Kaplan says that, with the South African economy still reeling from the effects of the second wave of the Covid-19 pandemic, and confronting the likelihood of a third one, it has had a material impact on letting operations.

He adds that the company is seeing higher vacancies and significant rental reversions upon lease renewal. In response, Arrowhead is prioritising innovative leasing strategies, tenant-centric initiatives to improve relationships, disposing of noncore assets and strengthening the balance sheet.

The company disposed of 20 assets in the period under review at a book and sales value of close to R500-million. A further 20 properties, valued at R647-million, have been put up for sale. These properties should transfer before the financial year ends in September.

As a result of the success of its disposal programme, Arrowhead has successfully strengthened its balance sheet in a difficult trading environment, without needing to withhold dividends or embark on dilutionary capital raises.

The company says it continues having a strong focus on tenant communication, which has helped the company increase its tenant retention and re-letting rate from 69% in 2018, to 75% in 2019 and further to 85% this year.

Arrowhead did expect to report an increase in vacancies. The rate increased to 10.9% by the end of March, mostly owing to an almost 19% vacancy rate in the office segment, compared with a vacancy rate of 8.6% at the end of September last year.

Kaplan envisions a reduced vacancy rate by year-end, considering a significant number of new deals that the company expects to conclude in the next six months.

Arrowhead’s total Covid-19-related relief efforts amounted to R5-million in the six months under review, mostly in the form of rental discounts and somewhat rental deferrals.

Further, Arrowhead now has 7.3 MW of solar energy installed, with a further 3.6 MW under construction. The company currently generates about 4.7% of its total energy consumption.

The company is targeting generating 10% of its total consumption using solar power over the next few years.

The company’s portfolio comprises 52% retail, 33% office and 15% industrial properties valued at R9.3-billion. The company also holds a 60% interest in Indluplace Properties, which owns a portfolio of residential properties.

Arrowhead had cash and cash equivalents of R41-million at the end of the six months under review.

Fairvest wishes to engage on a scheme of arrangement between Arrowhead and its B shareholders to facilitate a single-step merger.

Arrowhead has embarked on a process to fully assess the property company’s proposal.