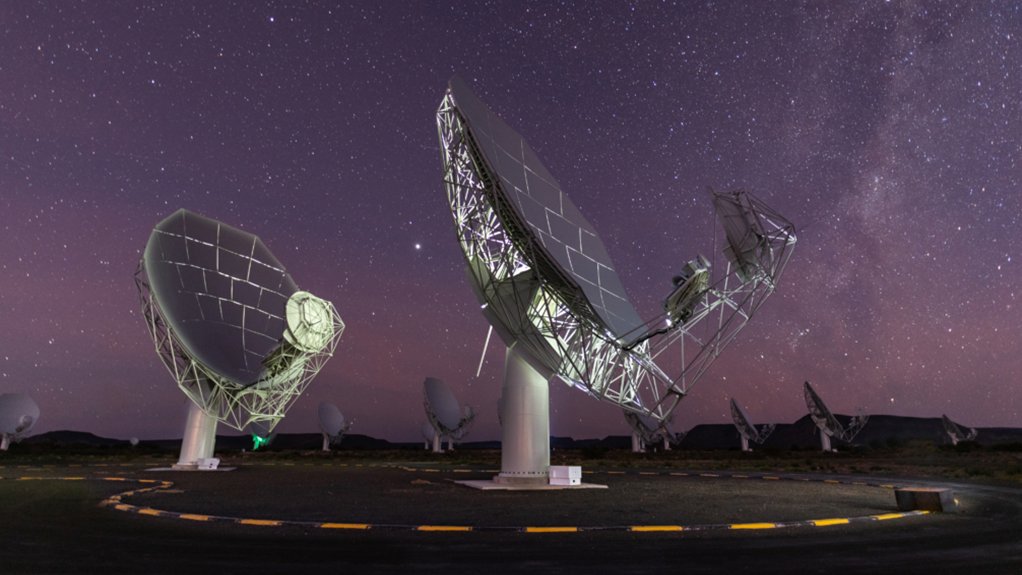 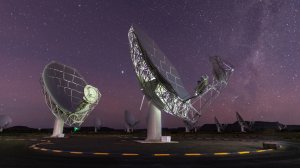 Photo by SARAO
A view of part of the MeerKAT array

South Africa’s MeerKAT radio telescope array has allowed another breakthrough in astronomy. Using data gathered by the MeerKAT International Gigahertz Tiered Extragalactic Exploration (MIGHTEE) survey, a team of international and South African researchers have discovered what is probably the most neutral hydrogen gas-rich group of galaxies yet found. The paper announcing the discovery was lead-authored by University of Pretoria MSc student Shilpa Ranchod, with established scientists as co-authors.

Galaxies usually form groups. Our galaxy, the Milky Way, is one of some 30 galaxies that form what is called the Local Group, with the Milky Way being one of the two largest in the group (the other being the Andromeda galaxy). These groups are held together by mutual gravitational attraction.

Galaxies that are still forming stars are encased in clouds of cold neutral hydrogen gas, which provides the material from which the stars are formed. This gas can only be detected by radio telescopes, and even then is very faint. But MeerKAT is an exceptionally sensitive instrument and can detect things that previous radio telescopes could not.

“The distribution of neutral hydrogen gas in these galaxies has revealed interesting, disturbed morphologies suggesting that these galaxies are group members, and are being influenced by their cosmic neighbours in the group,” reported Ranchod. “For example, we found an interacting pair of galaxies that will potentially merge to form a new galaxy with a completely transformed appearance.”

“This galaxy group sits in an area of sky that has been studied with many other telescopes, but only with MeerKAT is the group structure revealed so clearly,” pointed out MIGHTEE neutral hydrogen working group co-chair and study co-author Dr Natasha Maddox. “Galaxy environment strongly affects how galaxies change and grow, and observations of neutral hydrogen with MeerKAT give us a new observational window into structures like this.” (Maddox is a research scientist at Munich’s Ludwig Maximilians University, in Germany.)

“This discovery shows that our MeerKAT observations caught a galaxy group in the early stages of its assembly, which is very uncommon,” highlighted UK University of Oxford researcher and study co-author Dr Anastasia Ponomareva. “Therefore, this discovery is not only important per se, but will set new grounds for [our] understanding of how galaxies are assembled into groups and transformed by their environment. We expect many wonderful findings like this in the future, thanks to the ongoing MeerKAT surveys.”