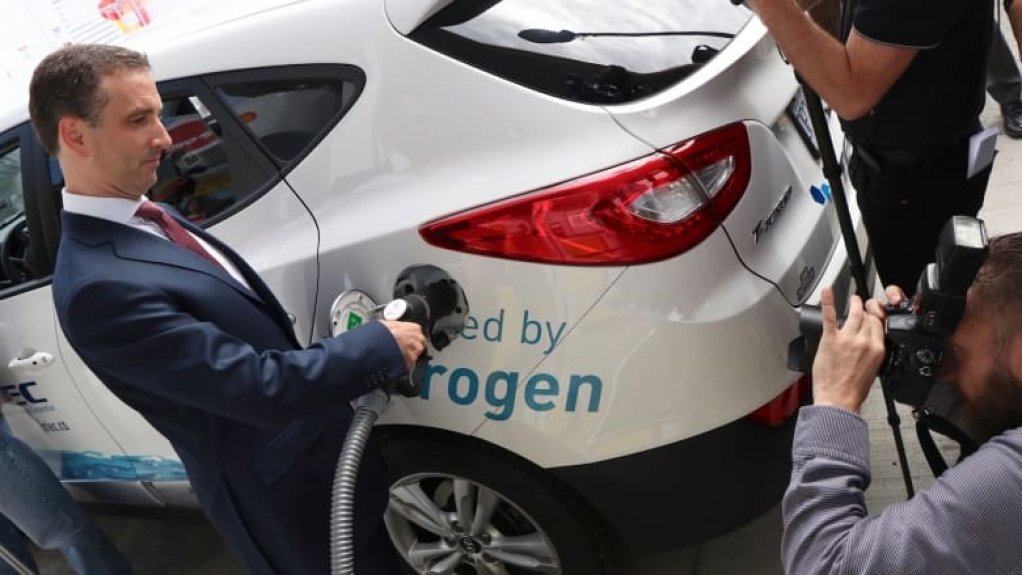 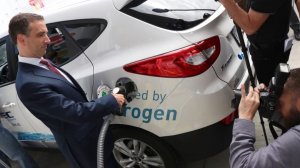 JOHANNESBURG (miningweekly.com) – In the context of efforts to have more sustainable and efficient operations and to reduce emissions of greenhouse gasses, Anglo American is implementing electromobility for the transport of its workers to and from work in Chile.

Once fully implemented, the potential of this project is to prevent the consumption of between 300 litres and 1 000 litres of oil per 100 km, equivalent to about 50 000 t of carbon dioxide, Anglo American spokesperson Jana Marais stated in a written response to Mining Weekly Online.

The Anglo group as a whole is targeting a 30% reduction in greenhouse-gas emissions in the next ten years, with its two other environmentally protective, same-period goals being 50% less water abstraction and 30% less energy use.

On the prospect of platinum-catalysed hydrogen fuel cell vehicles being used to transport the Chilean workers, Marais responded: “The Chilean energy landscape currently does not have the infrastructure and support service maturity needed to enable a fuel cell transport network. At this stage, our focus in the country is to leverage battery electric vehicles to further progress toward our vision of operating a carbon-neutral mine.”

Mining Weekly Online can today report, however, that fuel cell and hydrogen advances are rampant elsewhere, borne out by the New York-based Fuel Cell & Hydrogen Energy Association, which states in its latest communication that:

Council for Scientific and Industrial Research (CSIR) senior research engineer Thomas Roos reported at the time that hydrogen is emerging globally as an environment-friendly energy carrier and Japan is planning to import up to 800 000 t/y of hydrogen from 2030.

Hydrogen South Africa Infrastructure, led by Dr Dmitri Bessarabov and comprising teams at North West University and the CSIR, has been producing hydrogen from solar energy since 2013 and has a study under way to determine the costs of transporting hydrogen by land and sea, including the shipping of it to Japan. At the end of this study, it will be possible to determine the year when hydrogen, generated with the help of South African sunshine and wind, can be delivered to a Japanese port at the target price set by Japan, which is said to be ¥30/m3. This translates into about $3/kg, which can be achieved in South Africa by 2030, says Roos.

Minerals Council South Africa CEO Roger Baxter has suggested that Johannesburg’s Rea Vaya bus rapid transit system could be considered for conversion to hydrogen. The Minerals Council’s own stationary fuel cell, which enables the building to be less reliant on the electricity grid and also uses repurposed by-products such as heat to contribute to the building’s ambient temperature in winter, has been registered under the United Nations Framework Convention on Climate Change Programme of Activities 9437: Cogeneration at Commercial sites.

Interestingly, 20 of 125 buses operated by the Gautrain Management Agency (GMA) and currently fuelled by diesel may be switched to green hydrogen. Mining Weekly has reported that Enertrag South Africa is one of the partners that have submitted a joint proposal to the International Climate Initiative for grant funding of buses driven by green hydrogen. It is envisaged that the green hydrogen fuel proposed for the 20 GMA buses would be produced from a combination of energy from wind and solar photovoltaic technologies.

Canada's Ballard Power Systems has announced the receipt of a purchase order for nine 100 kW fuel cell modules from Anglo American Platinum (Amplats), which is a strategic investor in Ballard through AP Ventures.

Eight of the modules will power a retrofitted ultra heavy-duty mining truck in a demonstration project during 2020 at Amplats' Mogalakwena platinum group metals (PGMs) mine in Limpopo, South Africa, with the final module maintained as a spare. Following this, Anglo American expects to deploy similar trucks, each with megawatt scale fuel cell power, at other operations around the world.

As reported by Mining Weekly Online, Anglo is working with French energy company Engie on the project. The modifications to the existing truck include replacing the diesel tank with hydrogen tanks, and replacing the engine with hydrogen fuel cells and a battery pack. The Komatsu trucks already feature an electric drive. The hydrogen will be provided by the solar power generation capacity at Mogalakwena.

Proton exchange membrane (PEM) fuel cells, which use PGM catalysts, are the consensus fuel cells of choice for road transport because of their low operating temperatures, high efficiencies, light weight and small volume.

They provide consistent power output until the hydrogen fuel runs out and fuel cell electric vehicles are best suited initially to applications where there is a demanding duty cycle that requires prolonged energy output and high asset use in a zero-emission environment.