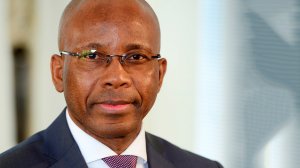 JSE-listed Allied Electronics (Altron) posted a 14% increase in earnings before interest, taxes, depreciation and amortisation (Ebitda) to R1.84-billion during the year ended February 29.

The adoption of the International Financial Reporting Standards (IFRS) 16 accounting standard positively contributed R203-million, while Bytes UK delivered strong performance with Ebitda of R611-million, a 66% increase on the prior year.

The reduction is largely attributable to slower recognition of milestone-related project revenue.

“The performance of Nexus masked an otherwise solid performance from the rest of the group, which delivered strong double-digit operational Ebitda growth of 12% (excluding Nexus),” said Altron CEO Mteto Nyati.

During the year under review, gross invoiced income increased 23% to R23-billion, while net profit after tax contracted 1% to R672-million.

Revenue increased by 6% to R16.7-billion on a statutory basis.

“Despite the low economic growth environment in South Africa and Brexit concerns in the UK, our operations continued to achieve positive growth,” he continued.

Netstar also delivered strong customer growth of 16.5%, with an increased focus on reducing churn and improving the customer experience.

Altron Nexus was negatively impacted by the City of Tshwane Municipal Broadband Network judgment handed down against Thobela Telecoms; however, the new Nexus management team managed to implement a turnaround in Nexus, achieving an Ebitda of R24-million from a R25-million first-half loss.

The group declared a final cash dividend of 26c a share for the year ended February.

“Three years ago, we created a five-year roadmap called the One Altron strategy, prioritising revenue growth, improving profitability, transforming the customer experience and employee excellence, with collaboration at its core,” Nyati pointed out.

“During this period, Altron had strengthened the group through the disposal of noncore assets, the rationalisation of operations and the execution of targeted acquisitions in high-growth areas.”

“Despite the resilience of our base, Covid-19 is expected to have a negative impact for the year ahead. Calculated as a percentage of the 2020 financial year revenue, we expect a mid single-digit reduction in revenue,” he warned.

Altron has implemented a number of cost savings initiatives for the 2021 financial year to limit the impact on its profitability.

This includes reversing all 2020 salary increases for South African employees.

“Combined, our cost savings initiatives are estimated to save in the region of R500-million.”

“Notwithstanding the uncertainties surrounding operating in the Covid-19 environment, we continue to make good progress on our key strategic pillars and accelerating the implementation of our One Altron strategy of offering end-to-end solutions to our extensive customer base,” Nyati said.

Over the next financial year, Altron aims to focus on assessing prevailing market conditions to undertake the potential UK demerger at a more opportune time; converting the cloud computing pipeline projects of Altron Karabina into revenue in South Africa; improving the profitability of Nexus; and integrating the Ubusha acquisition into the group.

Altron will also capitalise on the digital transformation agenda to meet customer needs through offering a One Altron solution.

Altron maintained its medium-term guidance of doubling Ebitda by 2022.