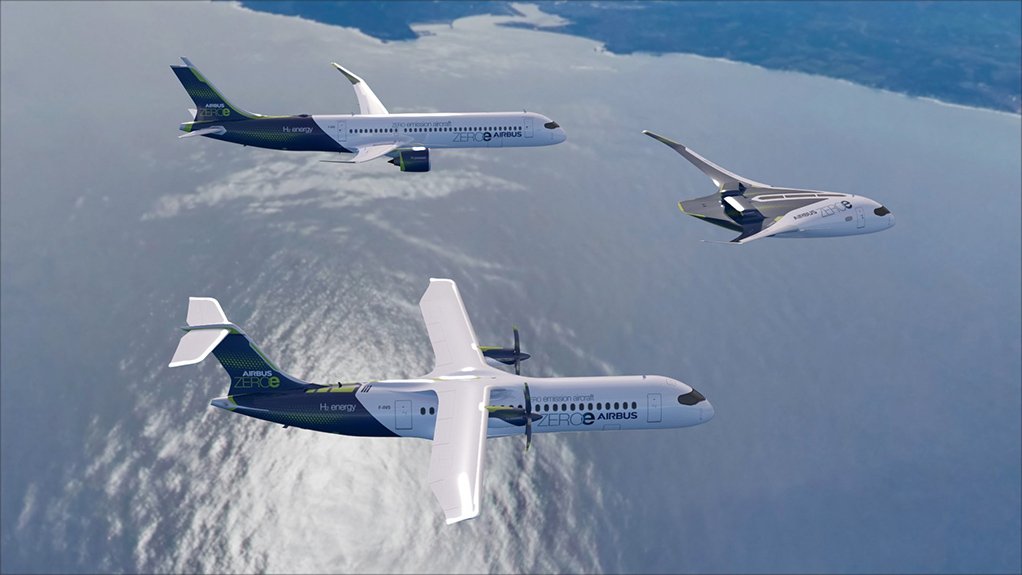 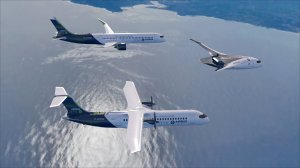 Europe-based global major aerospace group Airbus has released three concept designs for hydrogen-powered zero-carbon-emission commercial aircraft. It was examining these designs in a programme it called ZEROe, which was the precursor to the group’s recently announced plan to develop and manufacture the world’s first zero-emissions commercial airliner, to enter service in 2035.

“As recently as five years ago, hydrogen propulsion wasn’t even on our radar as a viable emission-reduction technology pathway,” reported Airbus VP zero-emission aircraft Glenn Llewellyn. “But convincing data from other transport industries quickly changed all that. Today, we’re excited by the incredible potential hydrogen offers aviation in terms of disruptive emissions reduction.”

To achieve the 2035 date, the ZEROe aircraft development programme would have to be started in 2025. This meant that Airbus engineers had five years to mature all the necessary hydrogen technologies and select the most suitable airframe design.

All three concept designs would use hydrogen combustion to drive their engines (that is, they would use liquid hydrogen as fuel, instead of jet fuel) as well as hydrogen fuel cells to generate onboard electrical power. This would result in a very efficient hybrid-electric propulsion system. However, the three designs would have slightly different liquid hydrogen storage and distribution systems. Airbus would, over the next few months, launch several technology demonstrator programmes which would be focused on both hydrogen combustion and hydrogen fuel cell systems.

“Hydrogen has a different volumetric energy density than jet fuel so we have to study other storage options and aircraft architectures than existing ones,” pointed out Airbus EVP engineering Jean-Brice Dumont. “This means the visual appearance of our future zero-emission aircraft will change. These three configurations provide us with some exciting options for further exploration.”

Two of the three concept designs looked, as the group itself pointed out, like conventional designs. These were a twin-turbofan jet and a twin-turboprop, although the former had longer and more flexible wings than a conventional jet airliner, while the latter also seemed to have a modified wing planform (as well as six-bladed propellors for its engines). Only the third design was revolutionary (although not, as a concept, new) – a blended-wing body (BWB), in which the wings merged with the fuselage.

In the twin turbofan design the storage and distribution system for the liquid hydrogen would be placed behind the cabin rear pressure bulkhead. This aircraft’s engines would be modified gas turbines and it would be able to carry between 120 and 200 passengers for a range of more than 2 000 nautical miles (nm).

In the twin-turboprop design, the liquid hydrogen storage and distribution system would again be located behind the cabin rear pressure bulkhead. Again, it would use engines modified to run on liquid hydrogen. It would be able to carry up to 100 passengers for a range of more than 1 000 nm.

The BWB design created a very wide interior for the aircraft, allowing many options for the storage and distribution of the liquid hydrogen, including underneath the wings. Propulsion would again be by two modified gas turbine engines. This design would be able to take up to 200 passengers, also over a range of more than 2 000 nm.

“These concepts will help us explore and mature the design and layout of the world’s first climate-neutral, zero-emission commercial aircraft, which we aim to put into service by 2035,” stated Airbus CEO Guillaume Faury. “The transition to hydrogen, as the primary power source for these concept planes, will require decisive action from the entire aviation ecosystem. Together with the support from government and industrial partners we can rise up to this challenge to scale-up renewable energy and hydrogen for the sustainable future of the aviation industry.”

“The ZEROe will be the world’s first zero-emission commercial aircraft,” highlighted Dumont. “As an engineer, I can’t think of working on anything more exciting than that.”