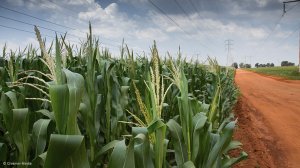 Agriculture’s contribution to gross domestic product (GDP) and employment is often underrated in South Africa, which particularly came to the fore at the height of the Covid-19 pandemic last year, says Bureau for Food and Agricultural Policy (BFAP).

During a Nedbank-hosted webinar on the sector, BFAP commodity markets and foresight manager Dr Tracy Davids pointed out that primary agriculture made up 2% of the South African economy, while agri-processing contributed another 5% on its own.

Particular sectors have shown immense growth, Davids highlighted, such as lemons and limes, which recorded a 180% increase in export volumes over 2011 to 2020.

She noted that agriculture had many related support services, as well as formal and informal economic activity contributions.

Overall, the sector grew by 13% year-on-year in 2020, at a time when most sectors recorded lower or negative growth rates.

She further explained that real agricultural GDP had seen volatility in its growth rate from 2000, extending to predictions for 2030.

The sector has often been impacted on by factors outside of South Africa, both in terms of gains when other major export regions are experiencing droughts or in terms of declines in exports when longer drought periods persist locally, or during livestock disease outbreaks.

It is therefore now, more than ever, vital to determine how the sector’s growth curve can be bent upwards, she asserted.

Looking at local factors, Davids said consumer spend remained constrained, which was particularly evidenced in demand growth rates for beef and sheep, the more expensive types of protein consumed in the country.

While the local agricultural sector is enjoying international price support for field crops, besides others, this is expected to normalise in the medium term – around 2024. The sector will only benefit from increased Chinese import demand and lower US crop outputs for so long and, therefore, the sector must be supported for sustainable growth.

Davids said agricultural markets needed to be made more practically accessible, while there was a need to increase South Africa’s competitiveness in terms of tariffs in certain markets.

Moreover, 290-million cartons of fruit were exported in 2020 and this is likely to increase to about 440-million cartons by 2030, which calls for investment into expanded port capacity, as well as for using capacity more efficiently.

Davids also called for comprehensive farmer support and innovative financing solutions, a better focus on biosecurity at government level and efficient service delivery across the value chain, particularly in rural communities where a lot of informal agriculture took place.

She lamented that the agriculture and food value chain was complex in nature, and therefore inclusivity was key and must be prioritised.

Likewise, growth and competitiveness were critical to establish new entrants into the sector successfully.

He mentioned that South Africa’s agricultural policy had not changed much from the focus areas of the past two decades.

Implementation this time around was urgent.

Sihlobo believed inclusive growth would be underpinned by greater access to export markets, farmer support and improved research and development.

While agriculture has grown by 44% in gross value since 2010, and by 19% in terms of volume production, the inclusivity part within that growth has not materialised.

He noted that the constraints to achieving more inclusive growth included inefficiencies in State administration.

Particularly, Sihlobo said, the State could sharpen up its policy and enforcement around biosecurity and agricultural product standards for exports. This while government is also responsible for building infrastructure and keeping it intact.

Sihlobo added that inclusive growth also required that the country deal with stock theft and farm attacks, as well as the uncertainty around electricity supply and land expropriation without compensation.

He mentioned that the State had about two-million hectares of land that it could allocate for agricultural purposes, particularly in poverty-stricken areas of KwaZulu-Natal, Eastern Cape, Limpopo and Mpumalanga, to contribute both to poverty alleviation and improved food security in the country.

“Government and the private sector’s determination to implement the sector Master Plan will be a key determinant of whether there will be real expansion and job creation beyond the usual trends in coming years.

In conclusion, Nedbank discussed its approach to sustainability in the agricultural sector and how it offered unique financing solutions for farmers to enable new entrants to enter the market and foster sector growth.