African entities urged to be proactive in growing the continent's economies

African entities urged to be proactive in growing the continent's economies 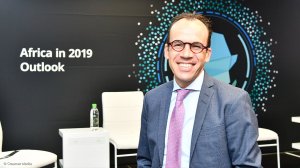 Africa is sitting on the financial periphery and the onus is on entities on the continent to take proactive measures to grow countries’ economies and drive market reforms, Deloitte Africa Emerging Markets MD Dr Martyn Davies said on Thursday.

Speaking at the Deloitte Africa in 2019 Outlook conference, in Johannesburg, he noted that sentiment and outlook on Africa were less optimistic than they had been a year prior; however, there were still opportunities and goals to pursue on the continent.

He emphasised the importance of remembering that Africa was not one homogenous entity, where each country can be approached with the same business strategy.

Rather, Davies indicated that it was a heterogenic jigsaw of different economies, which, despite sharing one landmass, had vastly different, disconnected countries and economies.

He also touched on Africa’s position from a global perspective, positing that the continent should not become too caught up in the risks playing out in other countries, such as Brexit, in the UK.

He pointed out that the 2008 financial crisis was not truly a global crisis, but rather, a western one, as Africa’s and Asia’s growth rates were not affected in the extreme.

Rather, he highlighted the importance for Africa of China’s recently announced stimulus, which targets emerging markets and represents positive signs, with China typically building infrastructure in these regions.

Therefore, he highlighted the need for African entities to engage in bilateral trade opportunities.

African entities were, however, warned to be mindful of the intentions behind investments in Africa.

While investments are beneficial and should be welcomed, the terms and conditions must be fully understood and achievable, to ensure countries are not placed in compromising positions.