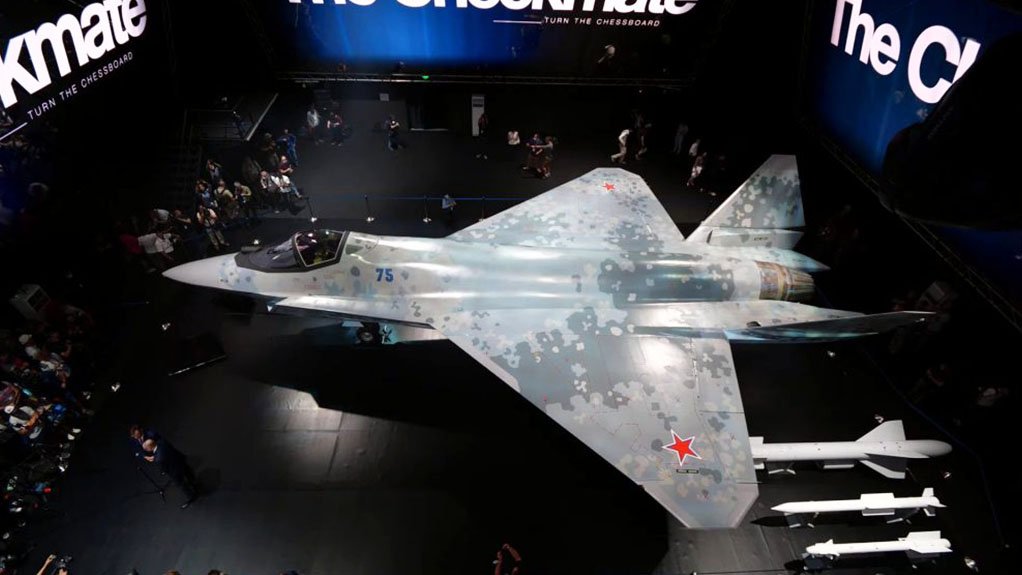 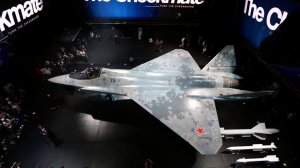 Photo by Rostec
The Sukhoi Checkmate displayed at MAKS 2021

African States are among those targeted as possible export markets for Russia’s latest fighter design, currently known only as the Checkmate. This was officially unveiled at the MAKS 2021 aerospace and defence show at Zhukovsky, in the Moscow region, on July 21.

Africa was identified as a target market by Sergey Chemezov, who is CEO of the Russian State-owned defence and high-tech industries group Rostec. The group owns the United Aircraft Corporation (UAC), which in turn owns Sukhoi, which is the company which has developed the Checkmate. The other area targeted for possible exports of the new type is the Middle East. Chemezov also said that the new fighter would cost between $25-million and $30-million, depending on the configuration chosen by the customer.

A spokesperson for Rostec told US specialist journal ‘Defense News’ that a number of countries had already shown interest in the new fighter. “The machine can perform a wide range of tasks and is not whimsical [sic] in maintenance,” the spokesperson told the US journal. “Moreover, the aircraft has an open architecture and can be assembled in several configurations, configured in accordance with the desires of the customer.”

The Checkmate is a single-engine lightweight stealth fighter, with delta wings, twin outwardly inclined ‘vertical’ stabilizers and a chin engine intake subdivided by a splitter plate in its middle. The design has a main internal weapons bay on its centreline and two secondary internal weapons bays, one on each side of the chin intake.

In the launch presentation last week, Rostec stated that the aircraft would come with an automatic integrated logistics system called Matreshka. It would not need any specialised support equipment and would require only “minimum” ground crew. Pilot tasks would be automated through an onboard artificial intelligence, which would also monitor the onboard equipment diagnostics systems.

Rostec further stated that the Checkmate would have a maximum speed of Mach 1.8 (Mach 1 is the speed of sound) and a maximum range, on internal fuel, of 2 800 km. The fighter would have thrust vectoring, its airframe would be built to take a maximum stress load of 8 G (1 G is the force of gravity at sea level on Earth) and it would have a maximum payload of 7 800 kg. This payload would be able to include a wide range of Russian air-to-air and air-to-ground weapons. It would not be equipped with an internal gun but would be able to carry gun pods in its side weapons bays.

While Rostec, in its presentation, stated that the Checkmate was now ready for flight testing, UAC general director Yuri Slyusar separately told journalists that the aircraft would make its first flight in 2023. Mass production was likely to commence by 2026, and he estimated that 300 of the type would be produced over 15 years.

Sukhoi is also responsible for Russia’s other stealth fighter design, the Su-57, which was launched at MAKS 2011. But progress with the type has been slow and it has still not entered operational service with the Russian Aerospace Force (which ordered 76 in 2019). Deliveries of operational Su-57s to the Russian Aerospace Force are now expected to properly begin next year.