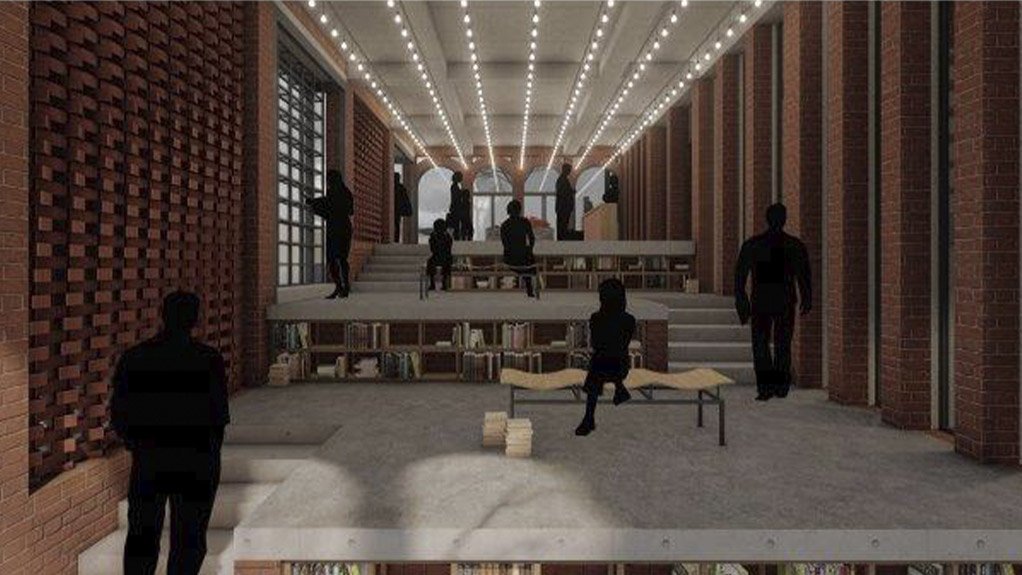 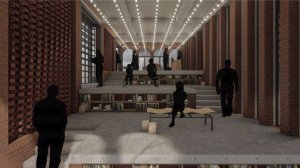 An innovative project to develop a Shipwreck Interpretation Centre at Cape Agulhas to preserve forgotten shipwreck tragedies has seen Lúnell Greyling from the University of the Free State declared a Regional Winner in the 2022 Corobrik Student Architecture Awards. Lúnell receives a R10 000 prize and the opportunity to compete in the national awards. “It is a privilege and extreme honour to be a regional winner. It is also a wonderful feeling to know that all the hard work and passion I put into the thesis paid off,” she says.

Showcasing talent, creativity, innovation and inspiration, the Corobrik Student Architecture Awards are all about jump-starting careers, building the industry and designing tomorrow. Regional winners are selected from eight major universities, based on the students’ final theses. These regional winners then go through to the national round, where the top title is awarded, plus a R70 000 grand prize.

Lúnell explains that she was inspired by the wreck of the Japanese fishing vessel Meisho Maru No. 38, which ran aground off the Cape Agulhas coastline on 16 November 1982. Visiting the area in the first year of her architectural studies, she recalls: “We never think twice about the tragedies of those lost at sea. Preserving these memories is therefore important, which inspired me to write about architectural spaces that act as a stage that interprets and retells shipwreck events.”

The proposed Shipwreck Interpretation Centre, which will tap into funding from South African National Parks (SANParks), will be located right next to the Meisho Maru No. 38 and the Agulhas National Park. “The strong filmic quality of the setting inspires an intervention that builds on the experiential cinematic elements, creating architecture that tells a story,” highlights Lúnell. The centre “proposes sequences of architectural mises-en-scène that articulate both the dualities between and interconnectedness within human experiences as visitors move through places and times.”

Lúnell adds: “For me, architecture becomes more than just buildings. It can inspire, educate and bring people together, bridging differences through shared spaces. Architecture that roots itself in a specific place, when it combines local and traditional craft and materials with contemporary building methods, can be meaningful and sensitive to the place and past, but bearing the future in mind. Using local skills, materials, craftsmanship and labour empowers local communities, which contributes to socioeconomic development and transformation.”

In addition, Altus le Roux clinched a R6 000 prize for Best Use of Clay Masonry for his concept of the ‘Litterateur’s Citadel’, a place specifically for the appreciation of literature in the Cape Town city centre that includes a variety of literary functions such as bookshops, a library and writing spaces.

“By hosting and sponsoring such awards, a great platform is created for students to receive exposure after their studies. The Corobrik Student Architecture Awards also has a dual benefit by challenging students to use materials such as brick in ingenious ways, while also promoting and exhibiting the company’s products.”

Relating to the context of the surrounding built environment, the building mostly uses clay masonry such as exposed Corobrik Roan Satin face brick in a variety of applications from columns, to beams, recesses, arches, vaults and screens. The specific brick was chosen for its colour in an attempt to relate to the hues of the neighbouring exteriors. In addition, a single brick type was selected in an attempt to enhance the scale, monumentality and solidity related to the idea of a citadel.

Alus points out that while brick and masonry are common building materials in the South African building industry, it is often overlooked for its architectural capacity. “It is due to the endless possibilities of its use and application that is gained through this modest material that sparks my passion toward brick architecture: something that, similar to literature, is worthy of appreciation.”

This year the national awards will again be a hybrid event held in May, following a similar format as in 2021. The 2019 awards ceremony was postponed due to Covid-19, with Corobrik instead announcing the 2019 and 2020 winners at a combined event last year. “We are very excited to celebrate the 35th edition of the awards. It has been an incredibly exciting and richly fulfilling journey,” highlights Corobrik Marketing Support Manager Thilo Sidambaram, who herself has been involved with the awards for two decades.

“Our relationship with the awards goes back some 35 years, and it is one that has proved very enlightening for Corobrik. It has added a lot of depth and enriched the architectural profession by allowing young up-and-coming architects to express themselves and show the kinds of directions they believe architecture should be going in,” comments Corobrik CEO Nick Booth. Since 1986, the awards has placed 34 winners on the architectural map, both in leading practices as well as their own firms.

35th Corobrik Architectural Student of the Year Awards: University of the Free State