By: Ilan Solomons     16th January 2015 Local manufacturers of polyvinyl chloride (PVC) pipes have only six months left to ensure that their products are compliant with provider of standards, management systems, business improvement and regulatory approval information the South African Bureau of Standards (SABS) ruling that all locally... →

By: Ilan Solomons     16th January 2015 Hose and tubing products manufacturer Reinforced Hosing (REH) aims for Africa to account for about 30% of the company’s sales over the next three to five years, particularly as it forsees a stagnation of the South African market over this period, owing to the weak economic climate. REH MD Gavin... → 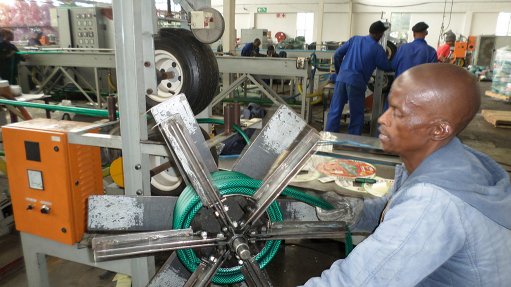 ZEROING IN ON ZIMBABWE Reinforced Hosing is finalising plans to open a product depot in Harare, Zimbabwe, in this quarter 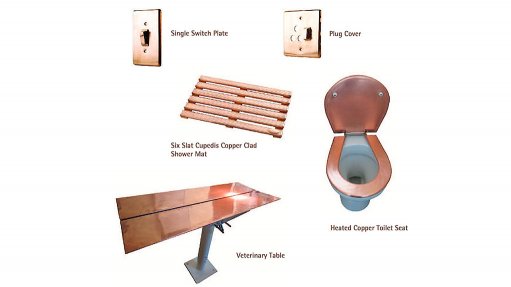 COPPER-TUBING ALTERNATIVES Copper Tubing Africa will officially launch the product range, which is made out of 99% pure copper, during the first half of 2015 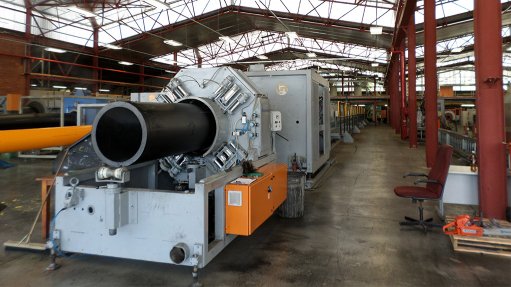 Association hosts successful conference, plans for next one

By: Ilan Solomons     16th January 2015 Following the successful running of the Pipes VIII conference, hosted by industry body the Southern African Plastic Pipe Manufacturers Association (Sappma) at the Bytes Conference Centre in Midrand, in September last year, the association has started planning its Pipes IX conference, which is... → 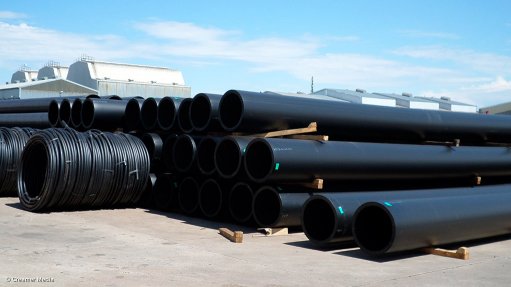 AGM injects new blood into body’s board of directors

By: Ilan Solomons     16th January 2015 In October, industry body the Southern African Plastic Pipe Manufacturers Association (Sappma) announced changes to its board of directors as well as the winners of its 2014 Merit Awards. The announcement was made during Sappma’s tenth annual general meeting (AGM), which was held in Midrand, in... → 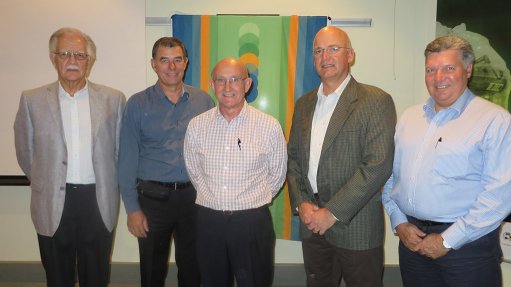 Pumpstation upgrade due for completion

1st August 2014 Water treatment company Veolia Water Solutions and Technologies South Africa announced in April that it has been awarded the contract to upgrade Mangaung metropolitan municipality's Maselspoort low- and high-lift pumpstation. Maselspoort is a town in Mangaung in the Free State province. It is... →

1st August 2014 Caterpillar earthmoving-equipment dealer Barloworld Equipment has introduced an advanced Master Class hydraulic hose assembly training programme, being rolled out across all its operating centers in Southern Africa, ensuring that the highest levels of competency are maintained in accordance with... →

1st August 2014 Civil engineering and construction group Esor is on schedule to complete the installation of a 22.3 km DN600 cement mortar lined steel water pipeline from the Xonxa dam to Queenstown Water Treatment Works. The project was awarded in November 2012 by the Chris Hani district council, as part of the... →

1st August 2014 Driven by the need to sustain the future of water and civil engineering, plastic pipes manufacturer and distributor Marley Pipe Systems has again made a valuable contribution to the eleventh Aqualibrium - the South African Institution of Civil Engineering (SAICE) Schools Water Competition.  The... →

By: Jonathan Rodin     1st August 2014 Fluid conveyance products and solutions expert Incledon has successfully completed the supply of R1.8-million worth of pipeline materials for the replacement of a water pipeline in Tembisa, Gauteng. The project, which took eight months to complete, entailed replacing a heavily corroded 1.1km... →

1st August 2014 Marley Pipe Systems is the leading manufacturer and supplier of plastic pipe systems, serving the needs of the mining and industrial segment with superior quality products and turnkey solutions to improve efficiency, solve key industry challenges, and ensure safe and sustainable operation in a... → 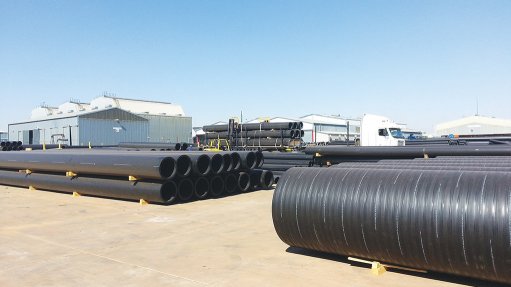 By: Jonathan Rodin     1st August 2014 Industry body the Southern African Plastic Pipe Manufacturers Association (Sappma) is hosting the Pipes VIII Conference, which will take place on September 2, at the Bytes Conference Centre, in Midrand. “Several papers pertaining to this year’s theme, Plastic Pipe in Infrastructure, will be... →

1st August 2014 Pump specialist Australian Pump Industries announced in May that it offers a simple guide for the use of hydrostatic testers, which it makes available free of charge. Locating leaks and proof-testing gas and oil pipelines is made easier with portable hydrostatic testers, says the company. →

South Africa warms to the use of gas energy

By: Pimani Baloyi     17th January 2014 South Africa has reached a state of sophistication in using gas as an alternative to using electricity as a source of energy for domestic use in residential developments, says local pipe manufacturer Marley Pipe Systems. The company was recently awarded a long-term contract by environment... →

By: Pimani Baloyi     17th January 2014 Mechanical pipe-joining systems manufacturer Victaulic says the launch of its Extended Life (XL) fittings and couplings range, in October 2013, offers greater longevity than ever before. “The fittings have an extra 6.4 mm of lining, which extends the service life by up to three times, compared... →

17th January 2014 UK-based pipe manufacturer Polypipe has supplied over 4 000 m of 300 mm perforated twinwall pipes for the construction of a drainage system at African Minerals’ Tonkolili iron-ore mine, in Sierra Leone. The mine presents one of the largest iron-ore resources in the world and contributes... →

By: Pimani Baloyi     17th January 2014 South African plastic pipe industry facilitator, the Southern African Plastic Pipe Manufacturers Association (Sappma) has signed a memorandum of uderstanding (MoU) in November 2013 with the South African Institution of Civil Engineering (Saice) to expand its reach to the new generation of... →

By: Pimani Baloyi     17th January 2014 South African plastic pipe manufacturer Pipeflo has been expanding its presence in the African market to recover from the financial downturn that resulted from the high incidence of labour unrest in the mining industry in 2012, which has been recurring since, company founder and director Stefanus... → 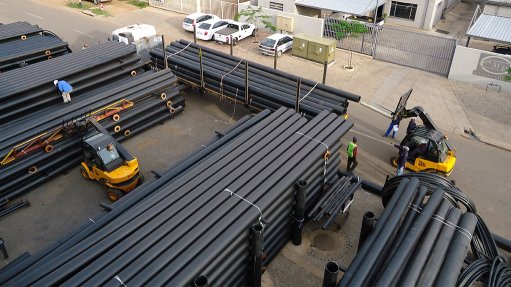 2nd August 2013 A contract worth about R2-million a year for two hydraulic hose component assembly workshops has been awarded to hoses and fittings supplier Genflex Hydraulics by a mining plant in the North West. → 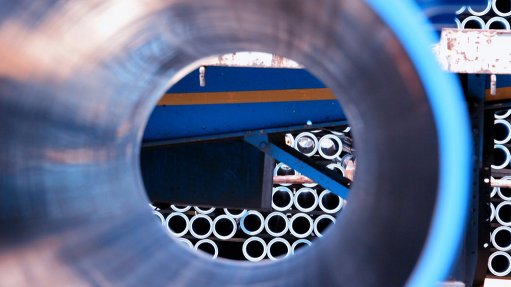 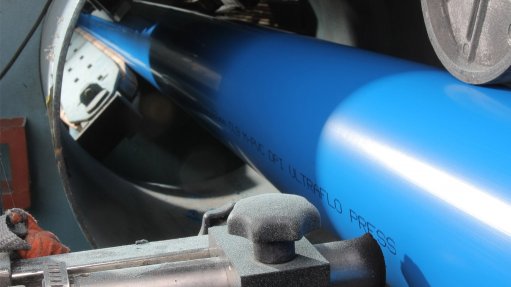 EXPANDING MARKETWith the larger diameter polyvinyl chloride (PVC) pipes range, DPI Plastics hopes to expand into the bulk water market and other markets that can benefit from using PVC pipes

By: Gia Costella     18th January 2013 The recent spate of heavy and destructive hailstorms that caused severe damage to property in Gauteng has proved to be no match for a range of Rainflo unplasticised polyvinyl chloride (PVC-u) gutters and downpipes, says water reticulation, drainage and pipe-fitting systems manufacturer DPI... →

By: Gia Costella     18th January 2013 Following the successful implementation of a pilot project to use polyvinyl chloride (PVC) pipes as bins for discarded fishing line along the Overberg–Gansbaai shoreline, bins are being placed at Western, Northern and Eastern Cape beaches, where fishermen can dispose of their broken or used... →

By: Sashnee Moodley     3rd August 2012 While national standards are sufficient to ensure the quality of pipelines, the regulating thereof could be improved, the Southern African Plastic Pipe Manufacturers Association (Sappma) reports. →