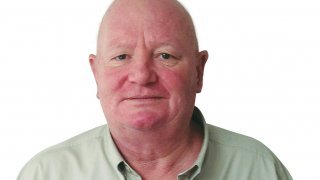 Who knows what comes next?

20th May 2022 It is 122 years since the beginning of the Second Boer War in South Africa. To all intents and purposes, at the time, electricity did not exist. There were a few small devices that produced electricity and one or two early interesting applications, but the world existed entirely using candles and... →

Well, apart from the gladiators

13th May 2022 It is quite possible that, at the time of the Roman empire, some smart operators made some (as my friend Harry Minnie would say) serious wonga from supplying gladiators for the Roman arenas. It’s not a job which is as simple as it sounds. There would be up to 30 gladiators in a troupe and, should... →

15th April 2022 A hazard and operability (Hazop) study is a systematic brainstorming process of assessing the existence of hazards in equipment and plant operation. This involves a group of engineers and interested parties gathering and going through the operation of the components of an item of equipment or a... →

Injustices of the tender system

1st April 2022 Astronaut John Glenn, about to be rocketed into space in 1962, was asked how he was feeling. His supposed reply was: “I felt exactly how you would feel if you were getting ready to launch and knew you were sitting on top of two-million parts — all built by the lowest bidder on a government... →

25th March 2022 I think that, by any measure, I am an energy expert. I have been a senior engineer in Eskom operations (Eastern Cape). I have worked for a number of years in the petrochemicals field. I have designed three power stations (small ones, less than 5 MW), and I have designed a 500 MW solar power... →

18th March 2022 One of the songs of the Beatles (remember them?) has the words: “Do you want to know a secret? Do you promise not to tell? Whoa, oh, oh.” So, here’s the thing: Elon Musk did not invent the modern electric car any more than Henry Ford invented the general people’s car. At the starting gate was... →

My most difficult field trip

11th March 2022 I am going to write on this day, the tenth anniversary of the event, about the most difficult field trip I ever experienced. Now, let me warn you, not all of this is true. There is some exaggeration. A good pub story. →

Where to invest in Africa

4th March 2022 I was fortunate enough to watch Rob Hersov speak at the BizNews Investment Conference. Hersov is not short of a few bob and is a leading investor in the revamp of Fisantekraal Airfield, in Cape Town. In his speech, he posed the question: In the current scenario, who would invest in South Africa?... →

25th February 2022 We have seen some interesting developments in the past year. Actually, that’s not true at all; we’ve seen some horrifying developments. I think every South African acknowledges that we live in a beautiful country and that it’s a good idea to keep it that way. A careful road has to be followed –... →