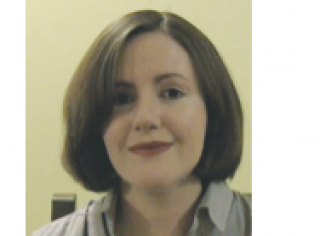 30th July 2011 Centerra Gold is focused on growing its business through exploration, but would consider acquisitions “opportunistically”, CEO Steve Lang said on Friday. The company is “out there looking” for potential deals, but would be cautious about making a move, he indicated. →

29th July 2011 Newmont Mining expects that the new Peruvian government will want to increase mining royalties, but will not be deterred from investing in the country, CEO Richard O'Brien said on Friday. Newmont and partner Buenaventura announced earlier this week that their respective boards had approved the... →

29th July 2011 Newmont Mining, the second-biggest gold miner by production, earned $445-million in the second quarter, 18% higher compared with a year earlier, after higher gold and copper prices offset lower production and increased costs. Company revenue rose 11% year-on-year, to $2.4-billion, thanks to a... →

29th July 2011 Teck Resources' second-quarter adjusted net earnings rose 91% compared with a year earlier, after higher coal and copper prices offset lower coal sales, higher costs and a strong Canadian dollar. Adjusted profit for the second quarter was $663-million, up from $347-million a year ago. Including... →

28th July 2011 The gold price, which topped $1 600/oz for the first time this month and set another new record on Wednesday, will continue to rise as investors seek out the metal as a haven from risk and central banks increase their buying, top Canadian bullion producers said on Thursday. “I'm very bullish, I... →

28th July 2011 Silver Wheaton has adjusted its 2011 attributable silver production to reflect a lower expected contribution from Goldcorp's Penasquito mine in Mexico, the company said on Thursday. Silver Wheaton pays producers upfront to buy silver output on a long-term basis, at a fixed price, and then sells... →

Barrick sees potential to double throughput at Zambia copper mine

28th July 2011 Barrick Gold is evaluating potential expansions at its Lumwana copper mine in Zambia which could involve doubling throughput at the operation, executives said on Thursday. The company will complete an expansion study for Lumwana in the second half of 2012, senior vice-president for global... →

28th July 2011 Barrick Gold increased second-quarter net earnings 35% compared with a year earlier, to $1.2-billion, thanks to higher gold and copper prices and increased gold sales, but the company said it has raised the cost estimate for two big new South American mines under construction. The Pascua Lama... →

28th July 2011 Shares in Canadian junior Rubicon Minerals surged on Thursday morning after Agnico-Eagle Mines said after the close on Wednesday that it would buy a 9.2% stake in the company. Rubicon's main asset is the Phoenix deposit in the Red Lake region of Ontario. →

Glencore spells out emission-reduction pathway to 2050