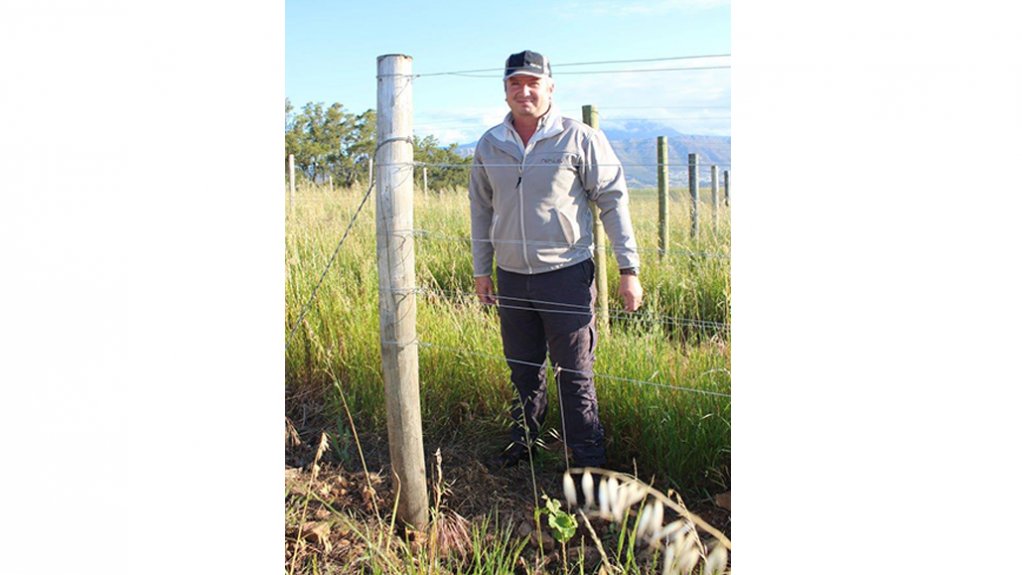 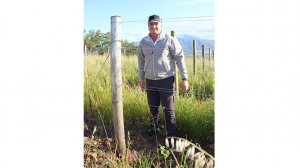 Wine producer Vergelegen Wine Estate, in Somerset West, is testing a new concept – environment-friendly eucalyptus poles that have not been chemically treated – in some of its vineyards.

The untreated poles have been installed in two blocks of vineyards, extending over 3.55 ha. These are planted with sauvignon blanc and semillon grapes. The remaining four blocks, planted in 2020, have steel poles in one block, and normal treated pine poles in the remainder, says Vergelegen viticulturist Rudolf Kriel.

The poles installed at Vergelegen are sourced from sugar gum, the traditional farm gum tree (E. cladocalyx) and tuart (E. gomphocephala). These eucalyptus species are commonly found on Western Cape farms as they are well-adapted, all-purpose trees. They also appeal to beekeepers as they provide a reliable source of pollen and sugar-rich nectar.

The poles are produced by felling the trees and, keeping the bark on, leaving them to release moisture slowly. The exterior sap-containing wood is then peeled off, and the eucalyptus is cross-cut to the required length. Green Cape Timbers, which is based at the neighbouring Lourensford wine farm, manufactured and supplied the environment-friendly poles.

Green Cape Timbers owner Sean McGaffin became interested in environment-friendly timbers while exporting wood to the Netherlands. Dutch authorities fit wooden panels to the sides of canals and dykes, and this wood must be correctly certified as they do not allow treated timbers in their waterways.

The benefits of untreated eucalyptus poles include environment-friendly manufacture. The poles are not treated with wood preservatives, which require quantities of water and chemicals to produce. The untreated poles are also free of chemicals that could leach into the soil.

Poles used outdoors are usually impregnated with chromated copper arsenate (CCA) or creosote. CCA is a wood preservative containing chromium, copper and arsenic compounds. Creosote is distilled from various tars and the pyrolysis, or decomposition owing to high temperatures, of plant-derived materials such as wood and fossil fuel.

The manufacturing process for the untreated poles also reduces community health risks, because many treated, discarded poles are used as wood fuel for cooking in under-resourced communities, which presents health concerns, given that these treated poles contain heavy metals and arsenic.

“There is a general perception among South Africans that all eucalypt tree species in the country are aggressive, alien invasives. This perception has been further fuelled by drought concerns and the blanket understanding that gum trees use extensive amounts of underground water resources. This is not the case, as they use no more than another tree per biomass size,” says McGaffin.

There are more than 180 eucalyptus species in South Africa, which means there are large variations in the levels of invasiveness, durability and strength, he notes.

He adds that research done by Stellenbosch University has shown that some eucalyptus trees have four to five times the strength of treated pine poles.

Thus, costs could be lowered by manufacturing thinner eucalyptus poles. Given that the poles are heavy, they could be supplied with holes already drilled for nails, while tapering them at the tips would enable easier planting. The peeled bark could also be sold as mulch, adds McGaffin.

“Vergelegen is dedicated to sustainability and has collaborated with research institutions and specialist suppliers of environmental products and services over several decades. We will accordingly monitor the condition of the untreated poles and any impact on the vineyards, and look forward to sharing the findings in due course,” says Vergelegen commercial and risk manager Leslie Naidoo.