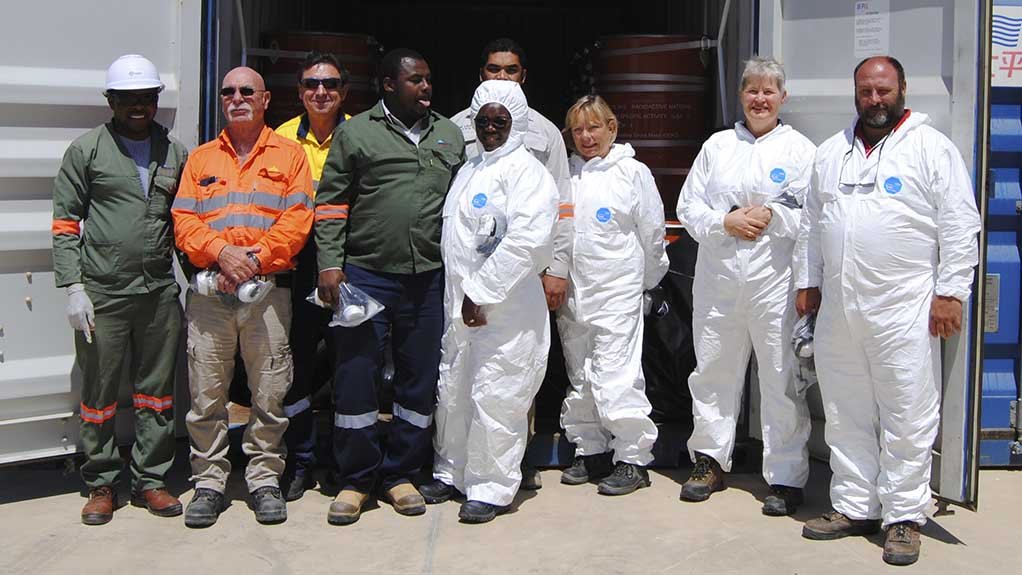 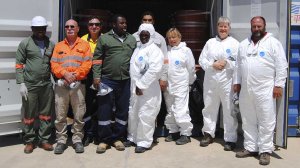 Despite the prolonged period of low uranium prices, wrought by the Fukushima tsunami and the subsequent oversupply caused by the shutdowns of nuclear power plants, the Namibian uranium sector, unlike those in other countries, has not stagnated, states Namibian Uranium Institute executive director Dr Gabi Schneider.

“The current mining and exploration activities are the result of Namibia’s prospectivity for uranium, as well as the enabling environment provided by the Namibian Ministry of Mines and Energy.”

She adds that the full development of new projects depends on an increase in the uranium price, which has consistently hovered between $28 and $30 in recent years.

The uranium price is thus the “single most important factor” that affects the Namibian uranium industry, and it is, unfortunately, an external factor that cannot be addressed from within, notes Schneider.

Uranium mining is an important economic factor in Namibia, particularly in the Erongo region, where it has created substantial employment opportunities in not only the mining industry but also the supply and service industry.

With more new nuclear power plants under construction worldwide than at any other time in the past 25 years, partly owing to the urgent need for electricity generation with low carbon dioxide emissions, uranium prices are expected to improve in time.

This will enable the uranium mining industry to prosper, grow and continue to play its important role in the socioeconomic development of not only the Erongo region but also Namibia, she says.

According to the World Nuclear Association website, Namibia has the fourth-largest uranium reserves worldwide, providing 10% of global uranium production, and is reported to have produced 6 459 t in 2019.

During the early 2000s, uranium prices reached an all-time high, and extensive exploration was undertaken in the western Erongo region, resulting in the establishment of the Langer Heinrich, Trekkopje and Husab mines.

Assisted by high-resolution airborne geophysical data provided by the Geological Survey of Namibia, this exploration led to the discovery of the Husab orebody, a world-class uranium deposit currently being turned into the world’s second-largest uranium mine by Swakop Uranium, Schneider says.

However, following the price decline, mines, such as Langer Heinrich and Trekkopje, were put on care and maintenance, in 2018 and 2013 respectively, awaiting a price increase, she notes.

In terms of exploration, several projects, such as exploration and development company Bannerman Mining Resources Namibia’s Etango project, situated about

38 km east of Swakopmund, and the projects of Reptile Mineral Resources and Exploration (RMRE) and mining company Marenica Energy, are in advanced stages of exploration and testwork for uranium extraction.

Bannerman Mining Resources Namibia owns the Etango uranium project situated by road with 38 km east of Swakopmund. Over 300 000 m of drilling were completed during the exploration phase, a definitive feasibility study was completed in April 2012, and today Etango is one of the top 10 uranium projects with declared ore reserves.

RMRE is a wholly owned subsidiary of advanced-stage uranium exploration company Australian Deep Yellow, which is listed on the ASX and NSX.

Schneider elaborates that, over the past 11 years of operation, RMRE has delineated mineral resources of more than 119-million pounds of uranium oxide.

Marenica Minerals owns the Marenica uranium deposit which has a current resource of 61-million pounds of uranium, established during a detailed exploration programme. To optimise the recovery process of its low grade ore, Marenica has developed the patented U-pgrade process, which reduces the amount of material that needs to be treated in the recovery plant, and therefore significantly reduces costs. Marenica has also continued to secure strategic licences in Namibia upstream of key mineralised palaeochannels, and their current licence holding of 3 888 km2 is the largest of any uranium explorer in Namibia. Recent drilling campaigns have had very good results and have added onto Marenica’s resource portfolio.

Norasa uranium project belongs to Valencia Uranium, a subsidiary of the Canadian Forsys Metals Corporation, listed on the TSX and NSX. Exploration started in 2005 and the company has drilled more than 260 000 m in more than 1 200 exploration holes, including diamond, reverse circulation and percussion holes, to understand the geology and develop resource models for mine design work.

In 2015, a feasibility study for the project was completed. The estimated measured and indicated resources are 265-million tonnes at a grade of 197 parts per million uranium oxide, which equates to 115-million pounds of uranium oxide, she points out.

Meanwhile, the latest developments in the Namibian uranium mining sector include the activities of uranium mining company Uranium One’s subsidiary Headspring Investments, which is undertaking an extensive drilling campaign in the south of Namibia in its search for on-site leaching opportunities.

Schneider concludes that the availability of water and electricity are key factors in any future development of the uranium sector and that there are several exploration projects by Namibian Uranium Association members that lend themselves to future uranium mining ventures, once the uranium price increases.