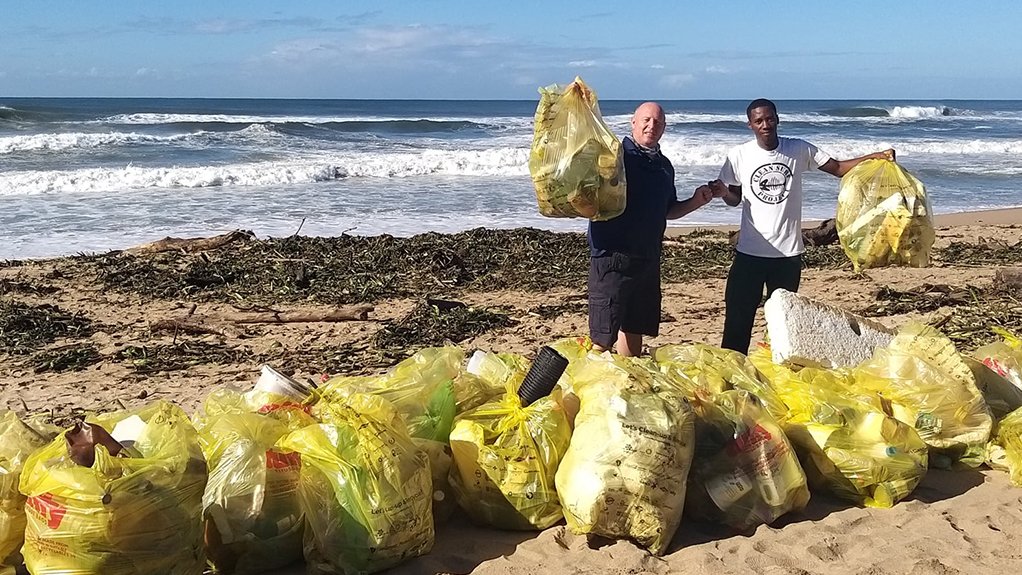 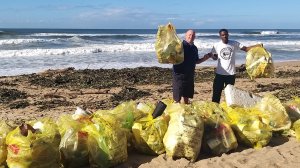 The quality of waste management in South Africa is improving, but citizens need to continue putting pressure on municipalities and their respective communities – especially in rural areas – to treat waste as a valuable resource that creates employment if collected and recycled.

“The events complement each other because litter and pollution are clearly not just an issue for coastal regions. Much of the plastic litter that ends up on South Africa’s beaches and in the ocean is transported there by inland river systems,” Steyn explains.

He notes that, compared with 25 years ago, there is much greater support and participation in beach clean-ups from communities, corporates, municipalities and national government.

“Back when we started with our first clean-ups, the issue of plastics at sea was of little or no importance to many. This is despite the fact that Plastics SA was already raising awareness over the increasing amount of plastic and other waste material that was entering the marine environment. Currently, this issue has garnered much more attention,” Steyn says.

Demographically, the make-up of the volunteers has also changed.

“We now see regular monthly and weekly beach clean-ups taking place around the country. In most cases, these have sprung from the International Coastal Clean-Up Day, which remains the largest global volunteer effort for ocean health,” he notes.

He adds that these events are vital platforms for raising education and awareness. This yearly public awareness week is supported by all the packaging streams in South Africa to work towards removing all visible litter from the country’s neighbourhoods, streets, rivers, streams, beaches and oceans.

The final destination of the waste that is collected during the event has undergone significant changes and developments since 1996. Much more of it is recycled than before owing to better recycling infrastructure and knowledge.

“There’s a big need among recyclers for clean, good quality material that has been collected and separated forrecycling. These materials are used in a myriad of uses and applications ranging from lightweight cement to household items to brand name sneakers and clothing that are manufactured from ocean waste,” Steyn explains.

This has a positive impact on the amount of waste being diverted away from landfills.

Steyn notes that many coastal areas in South Africa targeted by the International Coastal Clean-Up Day and the Clean-Up & Recycle SA week are rural areas.

“In these areas, collection for recycling is still in its infancy and effective waste management services by local municipalities are lacking,” he laments.

Plastics SA is also working closely with coastal communities, as well as inland communities who assist with the cleaning up of rivers and streams.

Steyn explains that River Clean-Up Day was launched this year in response to the many enquiries received from members of the public, municipalities and corporates who wanted to get involved in the International Coastal Clean-Up and World Clean-Up Day but could not because they are based far inland.

“Now everybody can contribute to keeping our oceans healthy, regardless of where they live,” he enthuses.

In the Cape Town metropole, Plastics SA focused on retrieving as much plastic material as possible from rivers and streams before it ends up in the ocean.

Most of this material is made of rigid plastics, such as buckets, containers and bottles, which are highly recyclable.