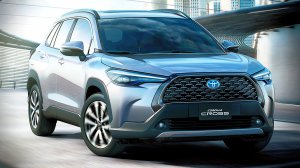 Toyota South Africa Motors (TSAM) will start production of the Corolla Cross at its Prospecton plant, in Durban, in the fourth quarter of this year.

The sports-utility vehicle will be produced in both left- and right-hand-drive variants for the local market, as well as markets in the rest of Africa, in a project valued at close to R3-billion.

The Cross will also be produced in a hybrid derivative, which is a first for the TSAM plant.

The vehicle will be produced on TSAM’s passenger car production line, alongside the budget Corolla option – the Corolla Quest.

The new model is expected to increase Toyota export volumes by between 15% and 20% a year.

TSAM president and CEO Andrew Kirby says the project will create more than 1 500 new jobs, of which 500 will be at the TSAM plant. The other 1 000 jobs will be within the supply chain.

“We’ll achieve a high level of local content. We’ll generate around R2.85-billion a year in additional component purchases in the South African economy.

“I’m confident this will be an appealing vehicle for our market. It provides an exceptional balance between drivability, roominess, comfort, and high-tech features. Really a game changer.”

“This is a significant milestone for Toyota South Africa,” adds Kirby. “It is not often that we get to produce a new body shape at our factory.”

TSAM has managed to secure three new tier one component suppliers for the project, and several at tier two.

Kirby says the Cross will slot into Toyota’s product range below the RAV4, and above the C-HR.