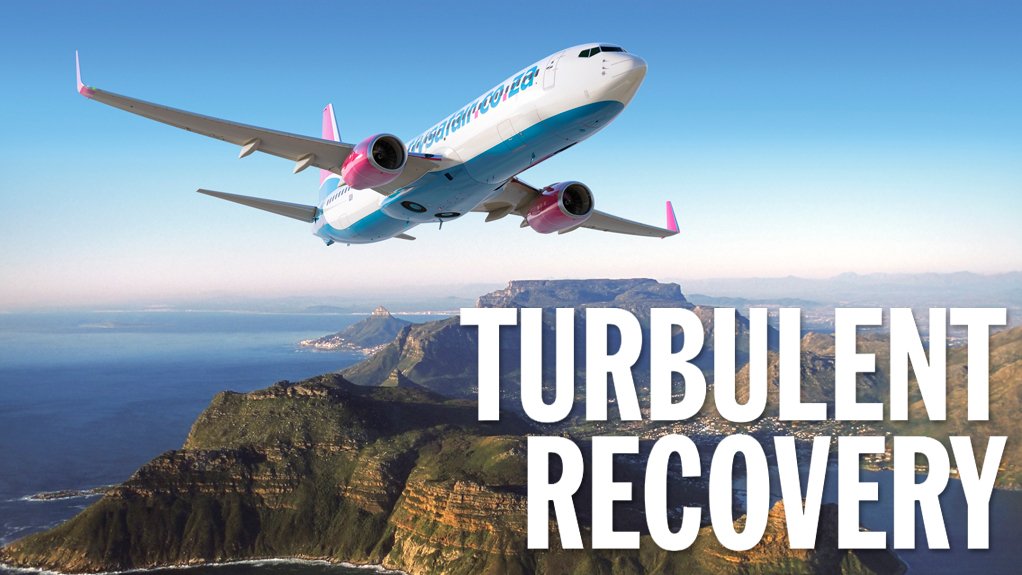 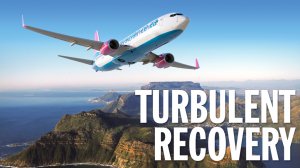 To all practical intents and purposes, the Covid-19 pandemic hit Southern Africa just over two years ago. The pandemic and the measures adopted by the region’s governments to try and counter it have had a severe impact on the Southern African airline industry (and indeed on all sectors associated with it, including airports and tourism). Although Covid-19 did not, on its own, drive any of the region’s airlines out of business, it proved the last straw for a number of carriers that were already in financial trouble before the disease struck.

Since the end of 2019 (the last pre- pandemic year), two of the region’s operators, Air Namibia and SA Express, have gone into liquidation. Four have undergone, or are still undergoing, business rescue (the local counterpart to Chapter 11 bankruptcy protection in the US): Air Mauritius, Comair, South African Airways (SAA) and Mango (the low-cost carrier subsidiary of SAA). Currently, State-owned Mango is not operating and the joint business rescue practitioner at Comair (operator of British Airways in South Africa and Kulula brands) has given notice to affected persons indicating that they “no longer believe that there is a reasonable prospect that the company can be rescued”.

“Financially, the pandemic-driven disruption to normal airline operations and business put carriers under immense pressure,” highlights Airlines Association of Southern Africa (AASA) CEO Aaron Munetsi. “All airlines, without exception, were adversely impacted by the pandemic. AASA, in conjunction with other airline representative associations, appealed to the Southern African Development Community (SADC) governments to provide financial relief to all airlines, regardless of ownership, by way of cash injection or through other instruments such as the waiver or reduction of statutory taxes, levies and charges. It is regrettable that most governments in the region have not seen their way to support an industry that is intrinsic to the economic health and sustainability of every modern and aspiring country.”

“Ours is a business that is classified by high costs and slim margins, and when revenue is not forthcoming, the costs associated with our asset base can be crippling,” explains FlySafair chief marketing officer Kirby Gordon. “Operating costs can also be massive.”

The recovery of the regional airline sector has, however, begun, as more and more people get vaccinated against the pandemic. This recovery is being led by domestic and regional traffic, although an issue is that each country within the SADC has gone its own way regarding Covid-19-related travel protocols, complicating matters for the airlines and travellers. AASA has been lobbying SADC States to standardise regional travel requirements and protocols.

But Covid-19 is still casting its shadow over the airlines, both regionally and globally. “If we talk about human resources, there should be no doubt that the pandemic- driven retrenchments and furloughs globally across the industry have created a negative perception of the airline industry as a secure career choice,” points out Munetsi. “Even before 2019, the industry in Southern Africa was grappling with a looming skills shortage and a diminishing talent pool. It is going to be even tougher attracting bright young talent, especially in countries such as South Africa and Namibia, where those perceptions were reinforced by State-owned airlines laying off hundreds of staff. We have to redouble our efforts to make the airline industry attractive again.”

For South Africa in particular, an issue is that, during the pandemic, government allowed the country’s two air service councils (one for domestic operations, the other for international ones) to lapse. This prevented those South African airlines that were operating from opening new routes, or increasing the number of services they could offer on their existing routes. Although new councils have now been appointed, they face massive backlogs of applications to clear. Each application must be advertised in the Government Gazette, after which affected parties have 21 days to file objections, which means that clearing the backlogs will take some time.

Further, many State-owned national carriers scaled down their route networks, particularly cutting international (beyond Southern Africa) and intercontinental (beyond Africa) flights. Currently, only four Southern African and Indian Ocean airlines fly intercontinental routes – Reunion-based Air Austral, Air Mauritius, Air Tanzania and TAAG Angolan Airlines. They operate these routes primarily to serve their home markets and do so with small fleets. In no way are they competitors to the global ‘megacarriers’.

“What is of more value and importance for the region’s carriers is the ability to pick up and provide onward feed traffic from and to the foreign intercontinental carriers that serve the region,” affirms Munetsi. “Over the past two years, we have seen a number of commercially cooperative agreements signed between some of the region’s stronger carriers and their long-haul partners.”

Globally, the sector’s recovery is proving far from trouble-free. The loss of skilled staff afflicted the air traffic management, airport and ground handling sectors, as well as the airlines themselves. And, because of the perils of terrorism and organised crime, even unskilled staff working at airports need to be subjected to security vetting and clearance. This has put a major bottleneck on ramping up international air travel in a number of countries, even resulting in the cancellation of flights. With Southern Africa lagging behind other regions, in terms of a full recovery in long-haul intercontinental flights, this means, Munetsi notes, that SADC countries have the opportunity to learn from these experiences and, by properly capacitating local police, security and intelligence agencies, ensure that the requisite vetting and clearance of airport and associated staff is done timeously, so that the kind of bottlenecks now being observed overseas do not happen here.

Meanwhile, airline input costs have soared, particularly fuel prices, which are averaging $136.8/bbl for the year to date and which the International Air Transport Association (Iata) calculates will add $122.8-billion to the industry’s total 2022 fuel bill, compared with last year. Rising inflation is an important issue. A major cause of these developments is the Russo-Ukrainian War, which is also driving international political shifts. Airlines are particularly vulnerable to major changes in international relations, although for Southern African carriers it is too early to tell if either inflation or the global political effects of the war will affect travel to or within the region.

“Southern African airlines are caught in a Catch-22; they have to increase fares to cover their rising costs, but there is such little elasticity in the market that any sudden and significant upward price adjustments will deter customers,” he avers.

“There is no doubt that for both South Africa and the wider African continent, we have a long road to recovery in comparison to our international counterparts,” observes Gordon. “Just before this recent supply shock, the [South African] domestic market was operating between 63% and about 70% of the number of seats we saw in 2019, so while things have been up, there’s still a long way to go. Iata is confident that passenger numbers in Africa are expected to recover in 2025, while North America will take the lead with a full recovery by 2023. This seems reasonable to us, but so much hangs in the balance in terms of our economic recovery.”

There are likely to be long-term changes in the composition of air passenger traffic. Virtual business meetings, especially at international and intercontinental level, are clearly here to stay. They not only reduce costs, but they eliminate travel time and are less tiring for the executives concerned. Business air travel, particularly at international level, is thus likely to see only a partial recovery, worldwide, in the coming years. To meet the emerging air passenger traffic demand patterns, the region’s airlines have been revising their strategic business plans and models.

So, What’s Next for Region’s Airlines?

“Consolidation!” asserts Airlink CEO Rodger Foster. “It is what gave rise to Airlink – its forebears were several smaller South African carriers operating on the fringes of the country’s airline industry in the 1970s and 1980s. It is also something desperately required in Africa. For a continent of 54 countries and a combined populace of just over a billion people, Africa’s air transportation industry, which has over 200 registered airlines, is fragmented and hopelessly overtraded. If we look to experiences in India and other regions, consolidation in the market is inevitable. Governments’ measures to curb the spread of Covid-19 gave impetus to this process and brought the curtain down on several weak airlines that had struggled to survive for many years.”

Other carriers had cut down on their route networks. These two developments had opened gaps in the regional and domestic airline markets. “Now that we are putting the pandemic behind us, Airlink is well positioned to fill those market gaps and to serve new markets that are emerging in parallel with social shifts such as the trend toward remote working,” he affirms. “We have a comprehensive network that permeates the whole of Southern Africa, with global links through our international partner airlines.”

“We definitely believe there is a lot more opportunity for the growth of FlySafair and the industry as a whole,” says Gordon. “Our first regional service, to Mauritius, has been performing very well. We have applied for access to a few more regional routes and we are hopeful that we will get them. We are always looking for new ways to expand our business.”

“The regional airline sector is likely to emerge smaller but stronger,” opined Munetsi. “The next five years are critical for the SADC aviation sector in that policies have to be aligned with the reality of the airlines that serve the markets. Many studies have demonstrated the inarguable catalytic effect of aviation to the gross domestic product of any country. As the region’s economies strive to regain the momentum of the pre- pandemic era, the authorities must realise that the airlines are an integral part of the solution. Southern African airlines will find themselves at the forefront of ensuring the recovery of economies through their role of providing uplift for passengers and goods. This will enhance the intra-region and, by extension, continental trade which will result in the growth of economies.”