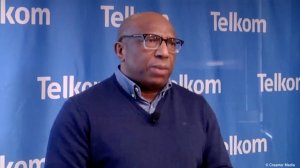 JSE-listed Telkom has suspended its dividend payouts for the next three years from the 2021 financial year to redirect the capital to acquire much-needed spectrum and complete its capital expenditure (capex) programme to ensure future sustainability.

The group, which announced its intention of reviewing the dividend policy early in the financial year, aims to prioritise its capital investment programme, maintain a healthy balance sheet and consider its cash position within its capital allocation framework.

“Preserving cash and maintaining a flexible balance sheet have become of critical importance and urgent during the Covid-19 pandemic as the economy is under strain,” said Telkom Group CEO Sipho Maseko in the publication of Telkom’s financial results for the year ended March 31.

Further, the imminent spectrum auction will require a substantial amount of capital and is of strategic importance for Telkom to participate to ensure the sustainability of the mobile business.

“This year was characterised by a tough economic environment where we saw our country slipping into a technical recession and being massively impacted by the global Covid-19 pandemic.

“This year also concludes a challenging decade of depressed economic growth, currency volatility, technology disruption, increasing competition and regulatory uncertainty – none of which Telkom has been spared from.”

Telkom has also withdrawn its medium-term targets until it can ascertain the impact of the pandemic on the group.

Quantifying the likely magnitude of this unprecedented crisis is challenging, Maseko commented, noting the prudence of withdrawing the 2021 guidance to allow sufficient time to fully understand and quantify the impact of Covid-19.

“Against the backdrop of both exceptional economic weakness and heightened uncertainty, it will be difficult to maintain our medium-term targets,” he added.

Meanwhile, Telkom recognised a total provision of R1.1-billion in the year ended March for the impairment of trade receivables and contract assets, of which R626-million is owing to the expected impact of Covid-19, negatively impacting the group’s 2020 financial performance.

However, notwithstanding the expected economic challenges as a result of Covid-19, Telkom has not seen a deterioration in its debtor's book performance from March to May, said Telkom Group CFO Tsholofelo Molefe during a presentation on June 22.

On a pro forma International Accounting Standard (IAS) 17 basis, HEPS decreased 30.2% to 504.6c and BEPS decreased 37.2% to 417.7c, impacted by lower earnings before interest, taxes, depreciation and amortisation (Ebitda) owing to the decline in fixed voice, as well as an increase in finance charges and fair value movements.

Group Ebitda, on a pro forma IAS 17 basis, decreased by 8.7% to R10.3-billion, with an Ebitda margin of 24%, attributable to the change in the revenue mix as the high-margin fixed business is replaced by new revenue streams at lower margins.

“Our group performance depicts the evolution of technology and revenue mix. Notwithstanding the decline in our fixed business that impacted Ebitda, Telkom delivered solid performance with the mobile business driving growth,” Maseko highlighted.

Despite a 22.2% decline in fixed voice revenue, group revenue grew 3% to R43-billion, mainly driven by a 54.4% increase in mobile service revenue to R12.6-billion.

“We are seeing good returns on our investment, with mobile service revenue increasing by more than half and the connectivity rate for fibre-to-the-home improving from 38.4% in the prior year to 48.2% in the current year – the highest in the market,” Maseko pointed out.

Mobile, information technology (IT) and masts and towers contributed positively to group revenue.

The mobile business remains profitable, with its Ebitda margin improving from 1.4% to 14.9% over the past three years, with an 18.6% Ebitda margin for the year ended March.

The unit improved profitability as direct expenses were optimised from a 52.6% direct cost-to-revenue ratio reported in the first half of the year under review to 44.3% in the second half of the year.

Revenue contribution from the BCX IT business increased 1.8% despite the challenging economic environment, while Gyro contributed positively to the group revenue through a 6.9% increase as demand for external leases of masts and towers increased.

“Our challenge for the year was the impact of the fixed voice revenue on group Ebitda as the decline intensified. The growth in new revenue streams was not sufficient to offset the decline caused by [deterioration of] the high-margin fixed voice,” he explained.

Telkom is balancing evolving technologies, revenue pools and skills as the technology shift demands the business align its skills ecosystem to respond to customer needs.

“We saw the technological shift from legacy technologies to fibre, long-term evolution (LTE) and LTE-Advanced, and our revenues evolved from legacy fixed revenue to new revenue streams,” he continued.

Telkom offered VERP and VSP to 2 271 employees at a cost of R1.18-billion in the year under review. Some 75% of these employees took early retirement packages. There were no retrenchments in the current year.

“As a result, our gearing improved in the second half of the year, with net debt to Ebitda reducing to 0.7 times.”

The net debt to Ebitda ratio was positively impacted by the liquidation of the short-term investment of R1.5-billion to fund phase one of the restructuring programme and a significant improvement of about R1.4-billion in Telkom’s free cashflow compared with the prior year.

The board declared a final ordinary dividend of 50.08c a share for the year ended March.