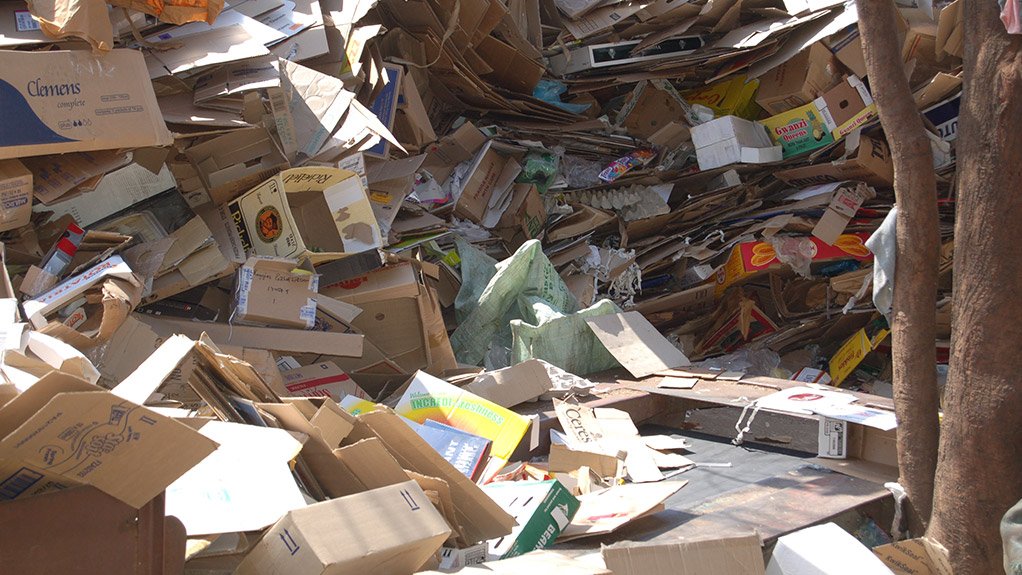 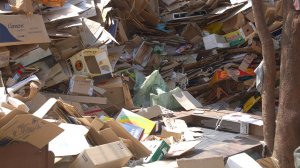 He notes that there is a problem in getting accurate recycling statistics. He explains that, from an industry perspective, there are accurate statistics from industry bodies in terms of how much of a produced product is recycled; however, owing to a lack of proper instruments for measuring at landfills, it is difficult to quantify how much is recycled as a percentage of what is going to landfills.

There are many factors that are impeding recycling in the country, but the biggest impact in recent years has been the Chinese ban on importing waste, which has affected many recyclable materials and resulted in prices for these materials having dropped considerably, says Nicholls.

Moreover, a slowdown in the world economy has caused prices to drop even further.

Another factor that will have to be contended with now is the impact of coronavirus. Nicholls notes that while it is difficult to determine the full impact of the pandemic at this stage, the consequences are already being felt.

Nicholls notes that these factors are having a very real impact on the recycling industry, both formal and informal. With regard to the latter, he says the revised waste management strategy alludes to including the informal waste collectors into the sector formally, which could play a key role in improving the quality of jobs in the sector and engendering a more circular economy.

Further, Nicholls says that, as part of the evolution of the waste management and recycling industry, the country should aim for the development of sustainable markets for recyclable materials.

This aligns to the goals of the National Waste Management Strategy 2018 revision, which aims for extended producer responsibility, where the producers of materials which ultimately end up as waste are to be entrusted with ensuring that the materials end up in the value chain instead, he notes.

This is part of the revised strategy moving away from a linear approach, to pursuing a sustainable, circular economy, where resources are renewed and product development and design takes this into consideration.

The revised strategy is also pursuing waste minimisation, through both preventing waste from being produced, and where it is produced, ensuring effective and sustainable waste service to deal with it, Nicholls indicates.

Currently, at a municipal level, only 65% of waste generated is collected, with 35% left unmanaged and disposed of in ways that are harmful to people's health and the environment, he informs.

The revised strategy also aims to create more awareness and compliance in terms of waste management and has placed the focus on public-private partnerships.

Meanwhile, paper and plastics recycler Mpact Recycling says its decision to terminate its kerbside household collection programme as of December last year is part of an ongoing evolution in the country’s recycling industry.

It stresses that there are still considerable options available to residents wishing to recycle paper and cardboard.

“The kerbside programme was initially established to collect magazines and newspapers from households and the famous green ‘Ronnie bag’ has made a positive impact on the environment; as well as created a culture of recycling for residents since the programme began almost 30 years ago.

“However, as the recycling industry has evolved over time, it has become necessary for Mpact to make changes to its collection processes,” Mpact Recycling MD John Hunt tells Engineering News.

He explains that recycling in South Africa has been developed by the industry by testing different collection methods for effectiveness over time.

“As the market’s needs and requirements have changed and as the recycling economy changes so collection methods adapt and change to try and meet the new challenges.  The ending of Mpact’s kerbside programme is part of this continuing process,” he says.

For context, Mpact Recycling recovered about 630 000 t of recyclables during 2018, of which less than 1% was from kerbside collection.

The recycling division has 16 sites across the country. Recyclable material sources include pre- and post-consumer material sourced from a multitude of programmes including commercial, schools, churches, communities, buy-back centres, offices and an extensive network of agents and dealers.

The paper and cardboard from the recyclables goes to Mpact Group’s paper mills for processing into new cartonboard and containerboard, while the polyethylene terephthalate (PET) bottles get sold onto other PET recyclers to be made into new PET bottles.

Hunt also points out that participation in Mpact’s voluntary kerbside collection programmes had been low. Statistics indicate an average participation rate of about five households out of every 100; and the highest rate in any area was less than 15 out of every 100 households, even after extensive focused awareness campaigns by the organisation.

To improve the effectiveness of its other programmes and secure recycled raw material for Mpact’s manufacturing operations, Mpact Recycling has invested more than R200-million over the past five years in collection, storage and processing infrastructure such as buy-back centres, scales, bins, cages and balers.

Mpact Recycling has also expanded its scope to include plastics and other recyclables.

“Through these investments and other initiatives, we are confident that households that were participating in the kerbside programme will still be able to recycle effectively within their communities,” Hunt asserts.

He notes that the organisation remains firmly committed to closing the loop on paper and plastic packaging through recycling and beneficiation.

Hunt further stresses that Mpact Recycling has not stopped collecting in the various areas; it has merely stopped with its kerbside collections.

“We have numerous schools and communities on our Ronnie Recycler programme in the different areas. Please support them and us as we transition them over to the updated programme – specifically sorting for white paper, cardboard, magazines and long-life milk and juice cartons.

“We encourage residents to keep recycling – it is only through recyclers such as yourselves that we can all truly make a difference. Look for other recycling opportunities in your areas – also at shopping centres, community sites, etc,” he urges.

He emphasises that Mpact Recycling is still committed to creating opportunities for recycling. “The business has been deeply invested in the recycling industry for over 50 years. We will continue innovating and creating new mechanisms to enable people to participate in recycling to make a difference.”

Mpact will also continue to support municipalities’ and other parties’ various separation-at-source programmes.

Meanwhile, paper recycling association RecyclePaperZA indicates that while it recognises that the discontinuation by Mpact causes an inconvenience to a number of its loyal supporters, there are other options available.

Mpact is a member of RecyclePaperZA.

Some of the alternatives suggested by the organisation including visiting www.recyclepaper.co.za, where the 'Where to recycle' page provides links.

It also encourages citizens to support their neighbourhood recycling collectors by finding out what they collect and putting those materials in a separate bag for them to collect.

“You may opt to support the same person each week or simply put a bag out on your pavement on a first come, first serve basis,” suggests the organisation.

There is also the option to support a school or community centre under the Mpact Recycling paper bank programme. With the company upgrading some of its sites, RecyclePaperZA emphasises the importance of separation: white paper in one bag, cardboard in one bag, beverage cartons in one bag, cereal boxes, coloured paper and, where applicable, magazines in one bag.

Lastly, there is the option to support recycling collection businesses which offer a paid service.

RecyclePaperZA says more than 12-million tonnes of paper and paper packaging have been recovered for recycling in South Africa over the past decade.

The organisation posits that this has ensured that waste paper is diverted from landfill and recycled into new products – tissue products, newsprint, and paper packaging for the agricultural, manufacturing and retail sectors.

“South Africa is in the enviable position of being able to use up to 90% of its recovered waste paper locally by recycling it into new paper, packaging and tissue,” says RecyclePaperZA GM Anele Sololo.

The balance of waste paper is exported.

Currently, the global paper recycling industry is faced with an oversupply. “This means there is more waste paper available than there is use for it,” says Sololo.

There are various economic factors at play, especially China’s stricter requirement for cleaner waste imports since 2017. This means that around 30-million tonnes of waste paper from around the world needs to find a new home and use.

In South Africa, the severe drought in fruit-growing regions has had a knock-on effect for the paper packaging sector. “Corrugators produce fewer boxes for fruit, with the result being that mills produce less paper, which affects waste paper consumption rates,” explains Sololo.

“It is important to understand that collectors are paid for the recyclables they collect, and the higher the value of that recyclable, the more likely they are to collect it,” says Sololo.

The lower demand in the market will result in a price drop as mills need to ensure they remain commercially viable and this affects recycling collectors and traders.

The South African paper industry is, however, investing in research and development of alternative uses for recycled paper to ensure that recyclable paper and paperboard continues to be diverted from landfill and help improve demand for recycled paper fibre.