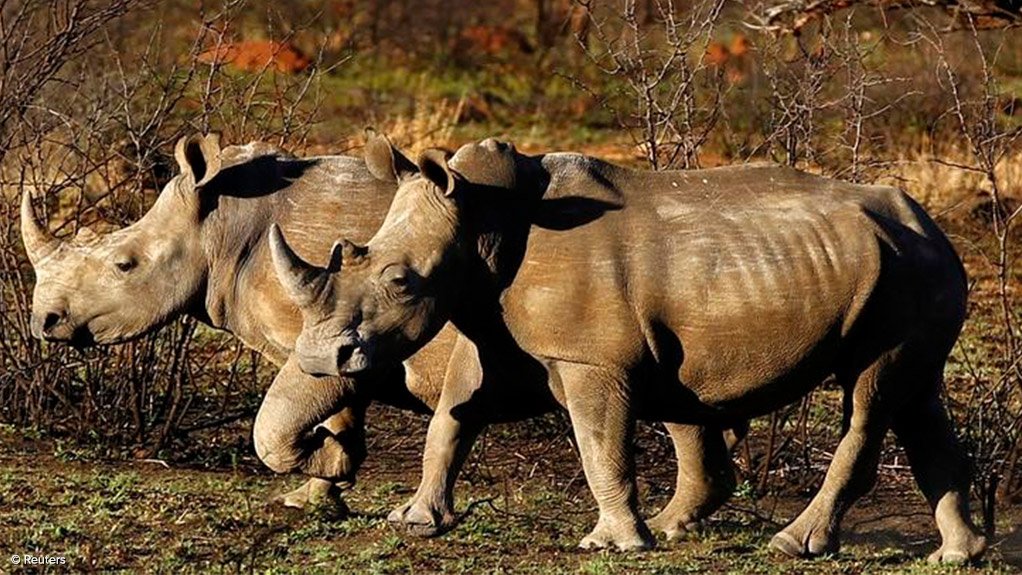 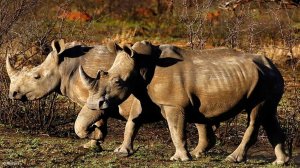 Researchers in South Africa are working on a potentially new method to deter rhino poachers and smugglers by using radioactive markers to make smuggled horns detectable at global ports of entry and less desirable to buyers.

South Africa is home to the world's largest rhino population but has battled poaching for decades. The rhino horn is one of the most expensive commodities in the world by weight, fetching tens of thousands of dollars per kilogram.

Demand is mainly from Asia where rhino horns are believed to have potent medicinal properties and are also a symbol of wealth.

The study, a collaboration between the University of Witwatersrand and a global team of scientists and funded by Russia's nuclear agency Rosatom, is not using radioactive material on the animals yet, but hopes to if proven safe.

"We are doing our homework at the moment and our whole aim is to find an appropriate quantity of radioactive material which will not harm the animal," said James Larkin, director at the radiation and health physics unit at the University of Witwatersrand in Johannesburg.

Rhinos Igor and Denver at the Buffalo Kloof Private Game Reserve in the Eastern Cape are the first to have trace amounts of non-radioactive, stable isotopes inserted in a hole made in their horns.

The study will gather samples from the animals over the next three months to understand how the isotope interacts within the horn while assessing the animals' behaviour and health, Larkin said.

Rhino poaching often involves both local poachers and international criminal syndicates who smuggle rhino horns across borders. Poachers often shoot the rhino with high-powered hunting rifles before removing the horn from the skull with a knife.

South Africa has about 16 000 rhinos located within its borders, the environmental ministry told Reuters in May.

But relentless poaching and a drought in the North-East region has hit the rhino population hard. In the Kruger National Park, the number of rhinos has plummeted almost more than two thirds in the last decade to around 3 800 in 2019 from 11 800 rhinos in 2008, according to a South African National Parks report.

The project could provide an alternative to de-horning where the animals are tranquillised before the horn is cut off to prevent poaching, which needs to be done around every 18 months. By contrast, radioactive markers would only need to be inserted every five years, Larkin said.

Despite a 30% decline in rhino poaching in 2020 due to lockdown and travel restrictions in South Africa, poachers still killed nearly 400 rhinos for their horns.