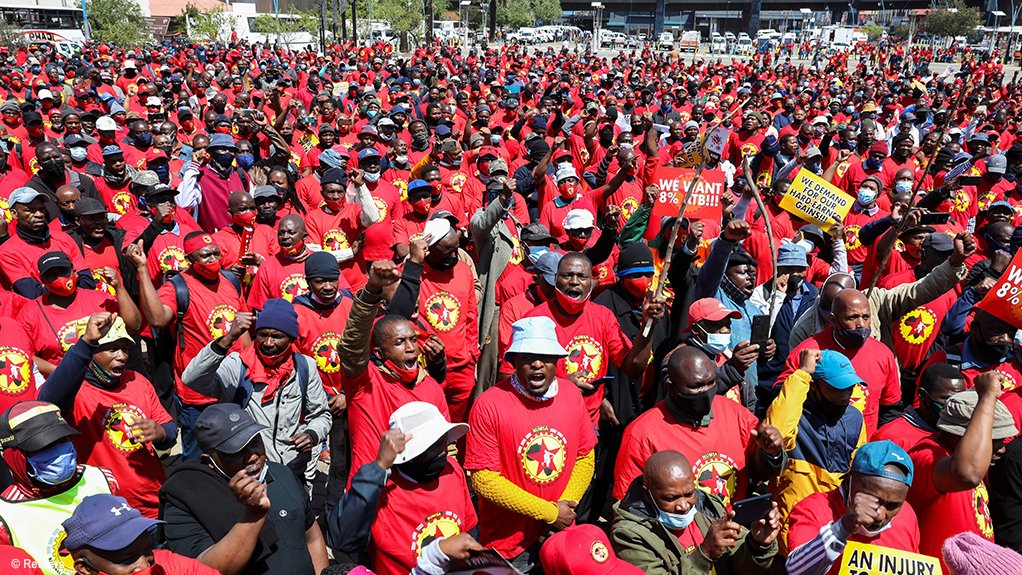 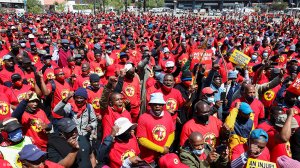 South Africa’s ongoing steelworker strike is likely to lead to job cuts, further hammering an industry that’s been in decline for several years, according to the country’s main employer body.

The week-long walkout by as many as 300,000 members and allies of the National Union of Metalworkers of South Africa has affected five provinces and disrupted supply chains to major firms, including carmaker BMW AG. The labor group is weighing a response to a renewed pay offer, spokesperson Phakamile Hlubi-Majola said Tuesday.

“These strikes lead to employers having to put people on short-time and having to let some of the workers go,” Gerhard Papenfus, CEO of the National Employers Association of South Africa, said by phone. “It ultimately leads to job losses.”

The strike threatens to derail the potential recovery of South Africa’s economy from the coronavirus pandemic, which triggered the biggest annual contraction since at least the end of white-minority rule in 1994, and worsen an employment crisis. The joblessness rate rose to a record 34.4% in the second quarter.

There are just 500 steelworkers in East London, a coastal industrial town, compared with 4 500 a decade ago, according to Papenfus.

STRIKE SEASON
South Africa is heavily unionised and strikes from mining to manufacturing are a regular occurrence when pay deals expire and need to be renegotiated. A similar Numsa walkout in 2014 lasted more than three weeks.

The Steel and Engineering Industries Federation of Southern Africa said “all if not most” of its membership has been affected by this year’s shutdown due to the “knock-on effect throughout the sector.”

“We are still seriously engaging one another,” CEO Lucio Trentini said in an emailed response to questions. He declined to give details of the offer as the matter is under consideration. Numsa had demanded an 8% increase in the first year of a new deal, compared with the latest inflation rate of 4.9%.

BMW, which has a plant north of Pretoria, had produced almost 700 fewer vehicles than planned as a result of the strike as of Monday, spokesperson Hailey Philander said by phone, without specifying what the target was.

The walkout has turned violent in some places, Neasa’s Papenfus said, with those picketing trying to push those still working into joining the strike.

“At a meeting I was at yesterday some of the strikers started breaking down the walls,” he said. “That is very intimidating.”