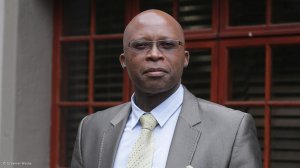 He says the Industrial Development Corporation has been given the mandate to actively forge partnerships with the private sector to fund opportunities across the green hydrogen value chain.

The collaborative efforts are expected to accelerate the development of a sustainable and inclusive local green hydrogen economy, says Klassen.

He adds that South Africa “stand[s] on the brink” of a new development in its effort to bring cheaper and more accessible energy solution to the world in the form of green hydrogen.

This relatively untapped potential is supported by South Africa’s access to platinum group metal (PGM) resources and places the country in an advantageous position for developing a green hydrogen value chain and becoming a key supplier of the global green hydrogen and green hydrogen derivatives market.

PGMs are used in hydrogen fuel cells and hydrogen electrolysers, which produce green hydrogen by using an electric current to break water into its component elements of hydrogen and oxygen, with no other by-products.

If the electric current used for the electrolysis is produced by a renewable source, such as solar photovoltaic or wind, the hydrogen is considered to be green.

Klassen notes that domestic developments in terms of hydrogen will further assist South Africa’s automotive industry adapt to developing and manufacturing electric and hybrid vehicles, some of which could employ a hydrogen energy component.

In terms of access to the raw materials needed for a hydrogen economy, Klassen points out that South Africa has more than 80% of the world’s PGMs reserves and is consequently home to the largest platinum mining companies in the world.

The country also has good solar and wind energy resources and sufficient land on which to build renewable energy plants.

The start of South Africa’s involvement in a hydrogen economy dates back to 2008 when Hydrogen South Africa (HySA) was officially launched by the Department of Science and Innovation, Klassen explains.

The vision of HySA is to use local resources and existing knowledge to create advanced knowledge and human resource capacity, thereby enabling the development of high-value commercial activities in hydrogen and fuel cell technologies.

Meanwhile, Klassen highlights that the DTIC has supported fuel cells, associated technology demonstrations and component production, including the establishment of a fuel cell manufacturing plant at the Dube TradePort SEZ, in KwaZulu-Natal.

This manufacturing facility, which was established towards the end of 2019, has an initial capacity of 1 500 fuel cells a year, he says.