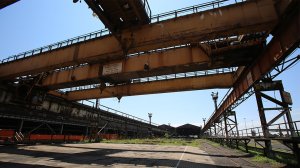 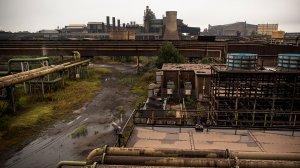 Trade union Solidarity on Tuesday launched a four-pronged initiative to address and mitigate the impacts of the global steel crisis on local steel producers in an attempt to save jobs and local manufacturing capacity.

Solidarity deputy general secretary for metals engineering Marius Croucamp indicated that direct job losses of more than 7 500 were possible as a result of the US’s unilateral decision, under Section 232 of its Trade Expansion Act, to impose ad valorem duties of 25% on steel and 10% on aluminium products.

One part of the initiative involves petitioning US President Donald Trump through the White House’s We the People petition platform. The union called on all workers, unions and concerned parties to participate in the petition, and aimed to garner 100 000 signatures before the closing date of June 27.

The campaign involved consultation with local employers and employees in the steel and metals engineering sector, as well as continuing its engagement with the departments of Trade and Industry and Economic Development to determine effective proactive measures that can be taken to prevent or mitigate expected job losses from the collapse of the local steel industry.

Solidarity is also engaging with the National Union of Metalworkers of South Africa, as well as other local labour unions, to gain support for the initiative.

Similarly, the union aims to connect with unions in other countries, including Canada, the European Union, Australia and the UK, as well as approach the United Nations International Labour Organisation, to gather global support to place pressure on the US and its President to reconsider the blanket steel and aluminium tariffs.

It would also add its voice to any initiatives and trade disputes taken to the World Trade Organisation, as it believes the unilateral tariffs constitute unfair trade.

“We do not believe that South African steel and aluminium, which constitutes 1.4% and 1.6% respectively of yearly US imports, constitute a national security threat as the justification for the Section 232 tariffs states,” said Solidarity CE Dr Dirk Hermann on Tuesday.

However, the tariffs are a significant threat to the South African economy, as South African steel and aluminium exports to the US during 2017 were R11.8-billion and R4.7-billion respectively.

Further, Solidarity is also developing long-term plans for the recovery of the industry and affected areas, such as Vanderbijlpark, if international efforts to stymie the global trade war failed and the local steel industry became unprofitable, said Croucamp.

Recovery plans will look at retraining employees and reusing existing industrial sites, capacity and equipment, where possible, to retain as many jobs as possible through the development of new industries and services, albeit on a smaller scale.

This plan was framed on the development of the Highveld Industrial Park, which involves 21 businesses, one of which is producing structural steel products for ArcelorMittal South Africa using the Highveld Steel structural steel mill. The industrial park has helped to create some new jobs lost because of the closure of Highveld Steel, although the full industrial capacity and equipment of the plant is not yet used.

The plan also involves social work to provide basic foodstuffs and medicines to unemployed people, which the union was already doing in eMalahleni, Mpumalanga, for former employees of Highveld Steel and their families.

“The job losses could be three times more than those lost as a result of the closure of local steel manufacturer Highveld Steel in 2016, which led to the loss of 1 900 permanent jobs and 13 600 indirect jobs in downstream industries and the local community,” Hermann said on Tuesday.

Further risks to the steel and metals sector include high electricity prices and a carbon tax, which the industry cannot absorb and for which it cannot access funding to renew industrial facilities to reduce carbon intensity owing to the vulnerability of the sector to price pressures and frail economic fundamentals.

“We hope that government will exempt or support these industries if a carbon tax is imposed,” said Croucamp.

“Labour is one of the elements to combat the global steel war precipitated by the US and we aim to play our part and to cooperate with as many other labour organisations and unions, locally and abroad, as possible to ensure that workers, who suffer the most from trade wars and do not constitute a threat to the national security of the US, bring their collective pressure to bear.”