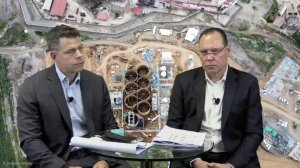 In response to Mining Weekly on the company’s renewable energy plans, Loots said that as a group, Pan African’s focus is to function off the national electricity grid during daytime hours. (Also watch attached Creamer Media video.)

Loots said that the model would not include any storage initially because most storage solutions appeared to be quite expensive.

“But you can still work on about a 30% reduction in our power consumption and reliance on Eskom, and clearly if we expand that it will be more.

“Our intent would be to effectively have pretty much all of our group in South Africa run on solar during the daytime in the next two years or so. So, you can assume that will also reduce our power consumption and costs by about 30%,”

“The focus for now will be solar and making sure that solar works. Ten megawatts will be the first plant and by early next year it would have proven itself.

“The feasibility basically calculated that the payback on the capital is less than five years, and at the current rate of Eskom escalation, payback will probably be closer to four years.

“That’s the big focus for us now – just getting our group to run off the grid during the daytime hours in the next 24 months or so,” he reiterated.

In addition to its current  low-cost operating gold assets of Elikhulu and Barberton Tailings Retreatment Plant surface operations – which account for more than 75% of total production – and Barberton Mines and Evander underground operations, Pan African also has a range of near-term growth projects, within the $1 151/oz all-in sustaining cost level just reported against the average financial year 2021 gold price of $1 826/oz realised from these operations.

With 24 Level of the Evander underground included, the company has secured Evander underground’s future for at least the next five years. A new phased approach to Evander’s Egoli gold project means that at prevailing gold prices, this development can be self-funding. The option of extending 24 Level to 25 and 26 as an add-on or a substitute to Egoli, is also not being ruled out.

“The study work on this project will be complete in the next months, whereafter we will update the market,” Loots said during the virtual presentation.

Meanwhile, the feasibility study on the other growth prospect, Mintails, estimates that the payback on the initial capital investment of about R2-billion will be less than three years from when gold production begins.

The definitive study on Mintails is now being progressed, which should be complete early next year. Overall, Pan African could in future be treating 800 000 t a month of surface material from seven tailings facilities with a life-of-mine of more than 11 years. The mineral resource totals more than one-million ounces, and recovery is expected to be at a rate of more than 50 000 oz a year at a cash cost of less than $1 000/oz.

There is also, with the addition of the Soweto cluster, a further 120-million tonnes of material, graded 0.3 g/t and totalling 1.2-million ounces in resource.

“If we proceed with this transaction, it will potentially not only be a positive for Pan African, but also for the current stakeholders. Our prefeasibility study has calculated that if we process all of the Mogale tailings facilities, the environmental liability can be reduced to a final number of approximately R100-million, a significant improvement to the current situation,” said Loots.