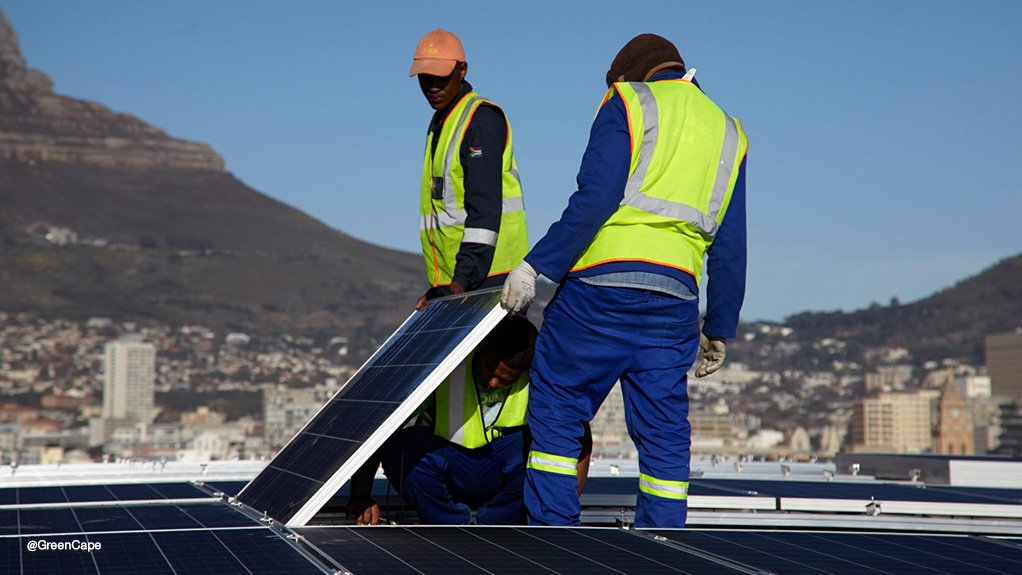 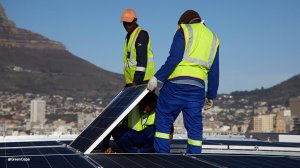 Six steps could be taken immediately by the South African government and the energy regulator to unlock more self-generation investment by residential, commercial, industrial, mining and agricultural consumers so as to minimise power shortages and reduce the threat of load-shedding, a newly released paper argues.

Published by Meridian Economics and authored by Dr Grové Steyn and Celeste Renaud the briefing note argues that distributed generation projects represent the quickest response to the country’s power crisis, but that they are currently being stymied by “regulatory red tape”.

The six reforms proposed in the paper, titled ‘Cutting Through Red Tape: A Shortcut to Solving South Africa’s Power Crisis’, include:

“These changes do not require new primary legislation and can be implemented within a few months by gazetting new regulations as allowed for in the ERA 4 of 2006 and streamlining rules and processes at Nersa,” the authors argue.

Under recent concessions made by Mineral Resources and Energy Minister Gwede Mantashe and confirmed by Nersa on October 30, all grid-connected self-generation projects above 1 MW supplying electricity for on-site consumption or with power wheeled through the grid have been granted Ministerial approval for deviation from the Integrated Resource Plan.

However, these projects require a licence, with only projects below 1 MW in size currently eligible for registration.

Nersa has also indicated that it is committed to processing licence applications “timeously”, with applicants for both licences and registrations having previously complained about the slow pace of the regulator’s approval processes.

The potential role for self-generation to contribute to addressing the country’s prevailing supply/demand imbalance has also been highlighted in a recent publication produced by the Council for Scientific and Industrial Research (CSIR), title ‘Setting up for the 2020s: Addressing South Africa’s electricity crisis and getting ready for the next decade . . . and now Covid-19’.

In the paper, authored by Dr Jarrad Wright and Joanne Calitz, the CSIR outlines the case for “customer response at scale” as part of a three-step plan to reduce the immediate risk of load-shedding, which intensified to its worst-ever level in 2020, despite the initial collapse of demand that accompanied the hard, Level 5 and 4, Covid-19 lockdowns.

The other two steps related to the procurement of 2 000 MW of capacity under the Risk Mitigation Independent Power Producer Procurement Programme, the bidding process for which is under way, and the implementation the Integrated Resource Plan of 2019, bidding under which is likely to proceed from early 2021 onwards, starting with the fifth bid window of the Renewable Energy Independent Power Producer Procurement Programme.

The CSIR also suggested adjustments to the regulations for embedded and distributed generation plants, proposing the lifting of licensing requirements for generators of up to 10 MW in size, but indicating that the threshold should possibly be higher.

To date, however, government has not been immediately receptive to the suggestion that licensing be reserved for larger projects, with Mantashe again rejecting the idea during a panel discussion held on November 17 as part of the third yearly South Africa Investment Conference.

“We have enabled generation for own-use by removing licencing requirements for certain categories of generation, particularly under 1 MW,” Mantashe noted.

“There is a new debate now that we should just deregulate self-generation. Our argument is that, if we do, we are going to throw ourselves under the bus and have chaos in the country,” he added.

“We must continue regulating, they must have licences, because when they generate extra, they want to access transmission and we don’t want to allow chaos on the transmission lines of the country.”

Steyn stressed that any licence-exempt project still had to secure environmental approval and required grid-access approval from either Eskom or the municipal distributor; an approval that would not be granted should the project jeopardise grid stability in any way.

Nersa's regulation process, he highlighted, did not consider technical measures, as it was purely a market-access measure. The grid-connection application process, by contrast, assessed technical compliance and system integrity.