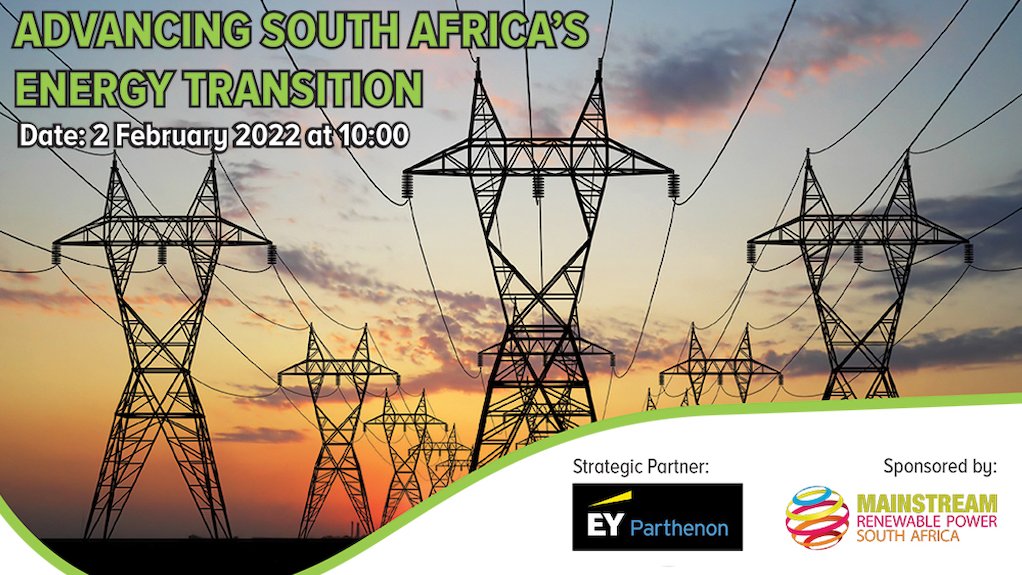 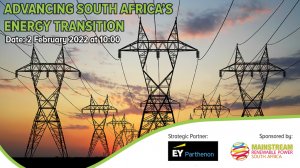 Creamer Media, in partnership with EY Parthenon, will be hosting a webinar on Advancing South Africa’s energy transition on Wednesday, 2 February 2022 at 10:00.

This webinar will centre on plans underway to enable South Africa to transition to a low-carbon economy. Some of the focal points of the webinar will include:

Eskom’s plans to extend and strengthen the national grid as part of a broader shift towards more decentralised electricity generation;

CLICK HERE to register to attend this webinar sponsored by Mainstream Renewable Power.