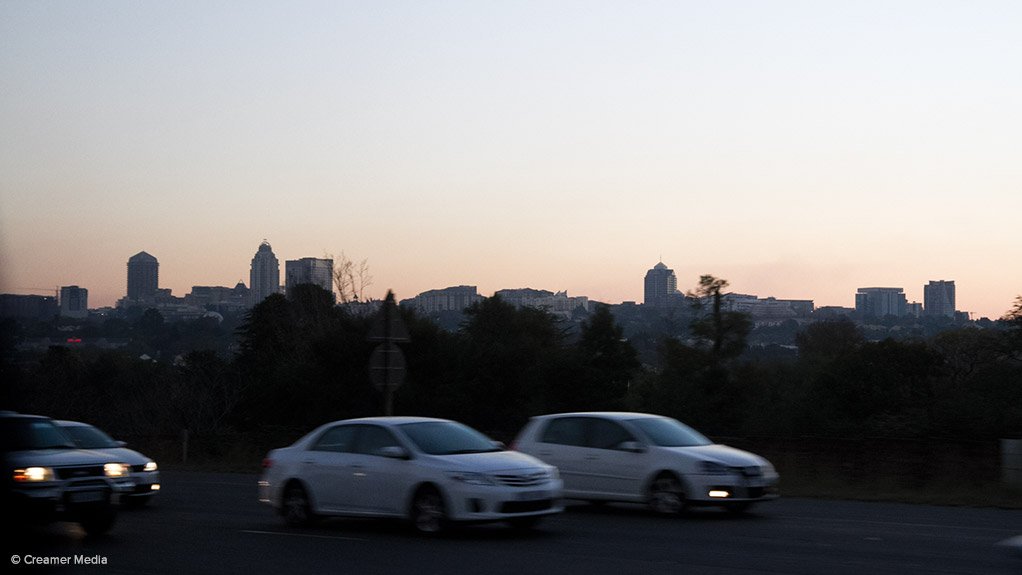 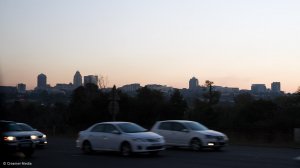 Road construction under way in the Sandton central business district (CBD) is set to continue for the majority of 2016, with the City of Johannesburg investing R180-million in sweeping improvements to roads and pavements in the country’s financial and commercial hub.

“It’s a welcome investment and forms part of some of the legacy projects in Sandton Central, following the hosting of the World EcoMobility Festival in October.

“There will be some inconvenience as construction continues, resulting in traffic congestion and access issues in the affected areas, but it’s a case of short-term pain.

“After the upgrades are complete, the workers and residents of Sandton Central, as well as visitors, will benefit from the world-class infrastructure,” commented Sandton Central Management District (SCMD) city improvement district manager Elaine Jack.

A key aim of the development was to make Sandton’s streets more pedestrian-and cycle-friendly, with sidewalks being widened and new cycle lanes built.

The project would also entail the laying of new paving and the tarring of roads, as well as green landscaping and the addition of new signage and street furniture.

“This is an important development for Sandton, as it represents a major investment in public infrastructure. It will also make Sandton’s streets more walkable, which is an integral part of any vibrant CBD. The advent of the Gautrain and Sandton being home to one of its busiest stations, has seen increased pedestrians on the streets of Sandton.

“With the Reya Vaya bus-rapid transport link into Sandton set to be complete in a couple of years and the city’s drive to get more people ecomobile, there will be even more commuters coming into Sandton and thus pedestrians on its streets. All this makes the current investment in the roads upgrade in Sandton an investment in its future,” Jack said.

The roads upgrade project was being undertaken by the Johannesburg Development Agency, which was an agency of the City of Johannesburg.

Between November 2015 and March 4, pedestrian sidewalks would be constructed along West Street south-bound, while Maude Street between Rivonia road and Gwen lane would be upgraded from January to April 22.

This would entail the addition of new cycle lanes and pedestrian sidewalks, as well as service detection and the relocation of services.

Similar work would be undertaken on Maude street between Gwen lane and West wtreet between February and June.

Work would then begin on adding cycle lanes and pedestrian sidewalks along Maude street, from West street to Fifth street, concluding in August.

Pavement strengthening work would be undertaken on Rivonia road between February and October, while pavements along Fredman drive would be overhauled between April and November.