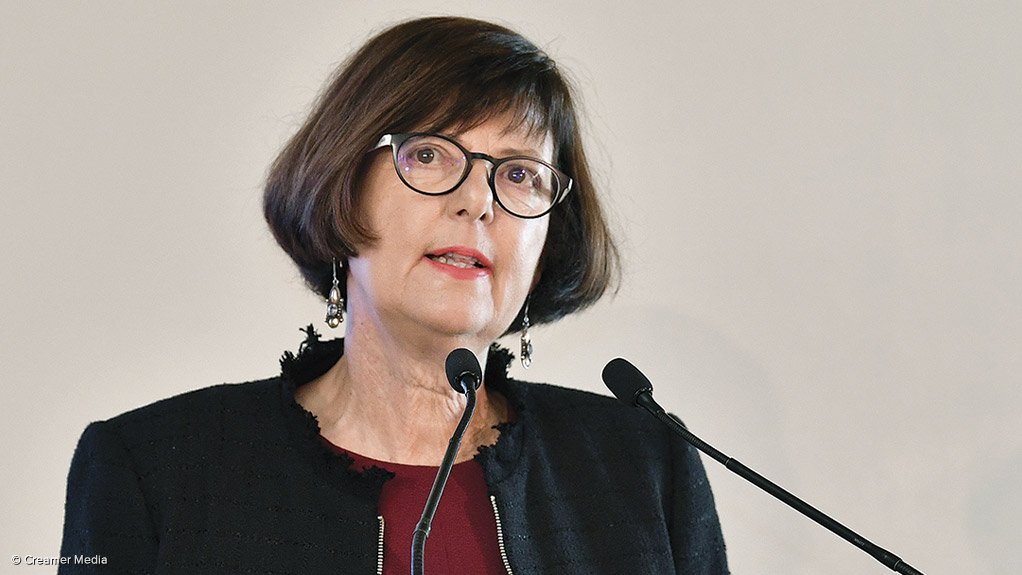 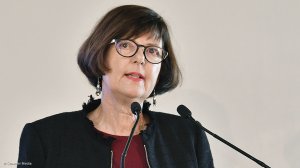 The minister tabled her department's budget vote for the 2022/23 financial year in Parliament on Wednesday. Her department is prioritising efforts to tackle climate change, improve environmental health, supporting conservation and clamping down on poaching.

Creecy started her speech by highlighting the devastation of the floods in KwaZulu-Natal, which reflected the reality of climate change and its impacts on the vulnerable in society. Scientists recently found that climate change had doubled the frequency of the severe rainfall event and made it between 4% and 8% more intense.

The minister noted that recent media coverage following the KwaZulu-Natal floods cast doubt on the weather service's ability to predict severe weather events. "These reports are untrue," she said.

Creecy highlighted that weather warnings were issued ahead of the floods on 11 and 12 April. Furthermore, the weather service upgraded its warning from level 5 on the morning of 11 April to Level 8 later that evening.

But Creecy is still allocating a substantial R100-million over three years to the weather service to upgrade technology and radar systems.

"To ensure, that despite revenue shortfalls, our forecasting ability is state of the art we have allocated the South African Weather Service an amount of R100-million over three years to upgrade its infrastructure...," Creecy said. So far R15-million has been allocated to the entity in 2021/22.

During a briefing with journalists ahead of the speech, Creecy explained that new technology has become available which can accurately predict individual, severe storms.

"We would want to upgrade our radar technology to have access to that so that we can be more accurate in indicating exactly the sort of geographic locations these events would target," Creecy said.

The intention is also to move equipment - which have been on roadsides and subject to vandalism - to safer locations such as police stations and school premises, she explained.

Speaking more broadly on addressing climate change,  the minister said that the department has been supporting the 44 district municipalities in developing climate change adaptation strategies.

"It is imperative that we face the urgency of the climate crisis, climate resilience will need to be built across the system and special attention must be paid to particularly vulnerable individuals, households and communities," Creecy told Parliament.

She acknowledged the work of the Presidential Climate Commission in developing a Just Transition Framework to ensure vulnerable workers and communities do not carry the burden of the transition and that national development objectives such as economic inclusion, employment and equality are achieved.

So far, the department has developed a framework setting out emissions reduction targets for key sectors in the economy. Reducing greenhouse gas emissions is key in limiting global warming and resulting climate change impacts.

The process of allocating sectoral emission targets will begin in the 2022/23 financial year, Creecy said. Parliament is also considering the Climate Change Bill for adoption this year. It will give regulatory effect to the country's climate change mitigation and adaptation efforts.

Other legislation in the works includes a White Paper on Conservation and Sustainable Use of Biological Resources, to be considered by Cabinet in June. It will then be published for public comment, she said.

The minister also noted the severe air pollution in three highly industrialised priority areas being - the Vaal Triangle, Highveld and the Waterberg-Bojanala areas. Her department will prioritise the publication of the regulations this year to give effect to air quality management plans for these areas.

A high court recently found that the air quality in the Highveld Priority Area violates the constitutional right to an environment that is not harmful to health and wellbeing. Creecy is appealing some aspects of the judgment.

Creecy also highlighted plans to appoint a panel to adjudicate 10 appeals against decisions by the National Air Quality Officer to reduce air pollution. These appeals relate to requests by entities like Eskom to suspend or postpone compliance with Minimum Emission Standard, Bloomberg previously reported.

Further to improving environmental health, the department is also assisting municipalities in the development of Integrated Waste Management Plans. This includes training local government on sustainable waste management practices. The department will donate 22 vehicles - valued at ~R42-million- to 19 municipalities to transport waste to landfills.

Noting concerns over seismic surveys - Creecy said a research programme would be undertaken to determine the impacts of these exploration activities on local waters.

So far fishing communities on the West Coast and Wild Coast have lodged legal processes to block these exploration activities, which they believe threaten marine life and their livelihoods.

Previously Mineral Resources and Energy Minister Gwede Mantashe has said the potential impacts of a seismic survey planned off the Wild Coast on behalf of Shell were assessed to have "very low significance".

Scientists have warned that seismic surveys not only have an immediate impact on marine life, but if fossil fuels such as oil and gas are detected - in the long term, the burning of these fuels will contribute to greenhouse gas emissions and global warming.