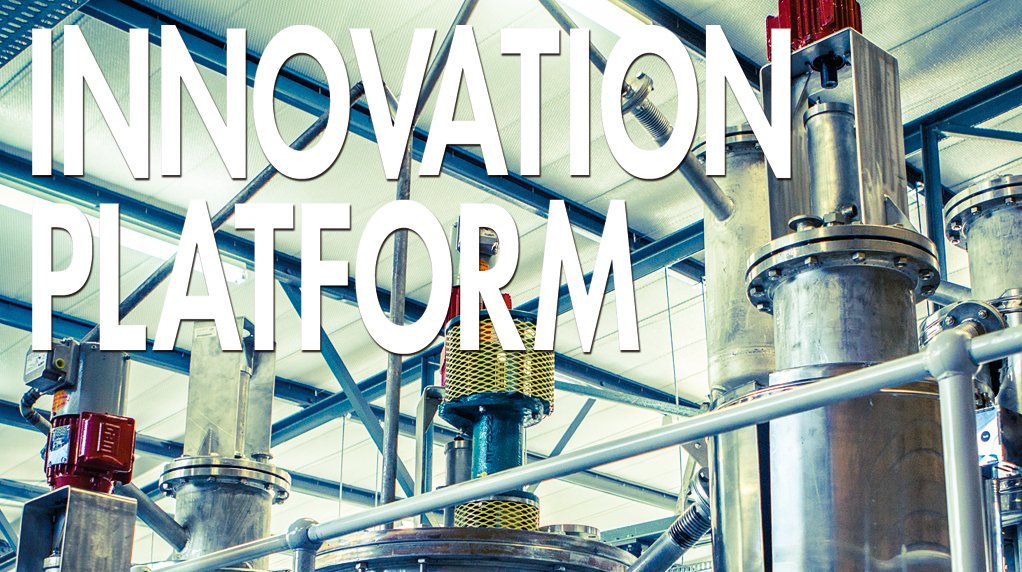 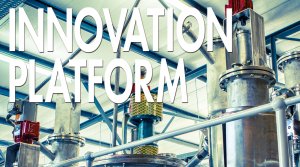 The Council for Scientific and Industrial Research’s (CSIR’s) titanium project is not aimed merely at increasing the local beneficiation of one of South Africa’s mineral resources, but at creating a whole new high-technology industry in the country.

South Africa has the second-largest reserves of titanium ores (ilmenite and rutile) in the world, but currently only does very limited processing of the metal locally. The country mainly exports titanium dioxide (TiO2) and titanium slag (produced from ilmenite in a smelter and containing a large percentage of TiO2; it is used to produce pigment). A small amount of pigment is also produced locally.

Because of its combination of strength, lightness and high melting point, titanium is especially useful for the aerospace industry. Titanium metal was first made around 1920 but its production has been commercially viable for only some 60 years and since then the titanium market has grown at an average rate of 8% a year.

The market value of titanium increases dramatically as it is beneficiated. Ilmenite ore fetches about $0.29/kg, while TiO2 is worth some $0.80/kg. Next up the scale is titanium tetrachloride (TiCl4), which can be bought for around $3.00/kg. Once titanium is in metal form, its price rockets – titanium sponge fetches about $10.00/g and titanium ingots some $20.00/kg. South Africa currently does not produce TiCl4 or titanium sponge or ingots. The high price of titanium metal also constrains its use, even in the aerospace sector.

Titanium metal is currently produced commercially using the Kroll process, named after its inventor, William J Kroll (1889–1973), of Luxembourg, (who lived and worked in the US from 1940 to 1961). Many attempts have been made to improve this process, which uses high temperatures and produces titanium metal in batches, and many have failed.

New System? But the CSIR is not aiming to improve the Kroll process. Instead, it is seeking to replace it with a better, cheaper system that will both produce higher-quality metal and bring down titanium costs and so significantly expand the titanium market. To this end, the science council launched its titanium project some seven years ago and, in June, formally commissioned its new titanium pilot plant. This has a production capacity of about 2 kg/h.

At the opening of the pilot plant, Science and Technology Minister Derek Hanekom enthused, in impromptu remarks: “This is actually quite a great moment. . . . Without a dream, nothing happens. . . . [Y]ou can make that dream a reality. Hard work, passion, commitment – all those are very important. What we are doing today [June 7, 2013] is moving from a resources-based economy to a knowledge economy, creating high-quality jobs in the process.”

At the same function, CSIR CEO Dr Sibusiso Sibisi said: “We at the CSIR are unequivocally committed to the bene- ficiation of our natural resources. . . . What we are seeing is not just the CSIR, but the whole system – the national system of innovation – with industry, . . . [cooperating in] the birth of a new industry. This event today . . . marks a fundamental milestone, not just for the CSIR but also for the country.”

The CSIR aims to produce titanium metal in powder form, and to do so at lower temperatures than the Kroll process and continuously, not in batches. “There are other people trying to do similar things – to make titanium powder continuously,” reports CSIR Materials Science and Manufacturing unit research group leader Dr Dawie van Vuuren. “The main difference between our method and those of our competitors is that we use the molten salt that’s formed as a by-product of the reaction making titanium as the medium in which the reaction takes place. Other people have tried it before, but they haven’t succeeded. We think we can do it because the understanding of how the reaction happens in molten salt has advanced and we are capitalising on this.”

The CSIR process, which has been patented, starts by reacting TiCl4 with a metal. Because of the intense competition in this field – it is a bit like a hunt for a metallurgical Holy Grail – Van Vuuren cannot identify the metal used. He did reveal, however, that it is an alkali metal. It reacts with the chlorine in the TiCl4 and the chloride salt of the metal is formed.

“We use this as the reaction medium,” he explains. “Chloride salts are very soluble in water, so we leach them out. We then get the titanium [powder] and the salt solution. We concentrate the salt solution and crystallise the salt and then recycle the salt crystals to an electrolysis unit, where we recover the alkali metal and make chlorine. The chlorine is then reused to make TiCl4 and the alkali metal is then used to reduce [the TiCl4]. It’s almost a closed loop! Some materials are, of course, lost in the process, but our aim is to minimise this loss.” Using lower temperatures, the CSIR team believe that they can manage the morphology of the titanium powder they will produce – which is difficult to do, as the reaction processes are very fast – and ensure that the result is a high- quality product.

This process was developed using a laboratory test rig, although the laboratory output was done in batches. With the pilot plant, “we’re now moving to truly continuous [production] – that’s really the main issue”. Continuous production will help reduce costs. However, titanium powder can react violently to oxygen and cause explosions, so care is needed in producing and handling it. If successful, the result could be a new, $3-billion to $5-billion a year industry for South Africa.

“For us, this project demonstrates our commitment to moving from simply digging things out of the ground and making basic things,” affirms Sibisi. “We are doing what our mandate tells us to do – use technology to create industries. Here, we could create a whole new industry and not [just] new com- panies. Hundreds of millions of rands have gone into this over the years, since the launch of the advanced metals initiative some eight to ten years ago – investments by the DST (Department of Science and Technology), ourselves and [minerals beneficiation research agency] Mintek. We are always thinking about how we can stimulate industry: not just supporting existing industry but stimulating new industries.”

Up to now, the titanium project has been funded by the DST. “[The DST] supports early- stage technological development and early-stage innovations. The most logical entity to take it to the next level is the IDC (Industrial Development Corporation), which reports to the Department of Economic Development,” points out Hanekom. “Getting to the industrial scale – that would be IDC-funded develop- ment. But we might, before then, find a venture capital partner. Each stage [of the project] has to pass the [technoeconomic] test. This [current] stage is not only about the testing process, but also about making titanium powder available to possible customers for them to test. These are not proven or mature technologies.”

“Once the decision to build the commercial plant is made, it would take about two years to construct it,” elucidates Van Vuuren. “But, before that, there would have to be economic evaluations, site selection, environmental- impact assessments. And we would need customers. Part of our work is to provide product that can be qualified by prospective partners.”

Advanced Manufacturing The titanium project is not a standalone effort. It is closely linked to another national and CSIR priority – the development of advanced manufacturing in the country. Titanium powder is an ideal material for use in what is called additive manufacturing, or, more popularly, three dimensional (3D) printing. This involves making a solid object, which can be complex in shape, from a digital (computer) model.

This is done by laying down successive layers of material, in the shape desired, which are then melted by computer-controlled robots using lasers. As each layer is added, the object builds up, the laser melting ensuring that it comes out as a single, solid entity. There is no need for any machining (although a little trimming may be required). Consequently, there is very little waste of material. It thus has the potential to massively cut the costs of manufacturing parts from expensive raw materials – like titanium. It also has the potential to significantly reduce production time and increase quality.

The potential combination of more affordable titanium powder and 3D printing has attracted strong interest from giant aerospace groups Airbus and Boeing. To cite just one example – 15% of Boeing’s latest, and current flagship, airliner design, the 787 Dreamliner, is made from titanium. Both companies have memorandums in Understanding (MoUs) with the CSIR.

The collaboration agreement with Airbus was signed at the Africa Aerospace and Defence exhibition in September last year, while the MoU with Boeing was formalised in June this year. The MoU with Airbus is directed more at the development of additive manufacturing, while that with Boeing is focused more on the use of titanium powder in industrial manufacturing.

“With both Airbus and Boeing, we are engaging with them to help us develop appropriate manufacturing technologies for titanium parts that would be suitable for aerospace applications,” explains Botha. “We’re also collaborating with both of them to produce titanium powder suitable for additive manufacturing, because they both need the same quality titanium powder and the same quality titanium products. We are collaborating with them and they are not in competition. They both want titanium parts that are bigger and cheaper.”

A key part of this collaboration is that both aerospace groups will help the CSIR qualify its titanium powder and titanium products. “They have slightly different specifications because they have different designs for their aircraft and components,” she points out. “If we want to be in the mainstream aerospace supply chain, we need to meet these specifications. Only they can tell us their specifications – they’re not in the public domain. The current big problem with additive manufacturing is ensuring a consistent quality of final product.”