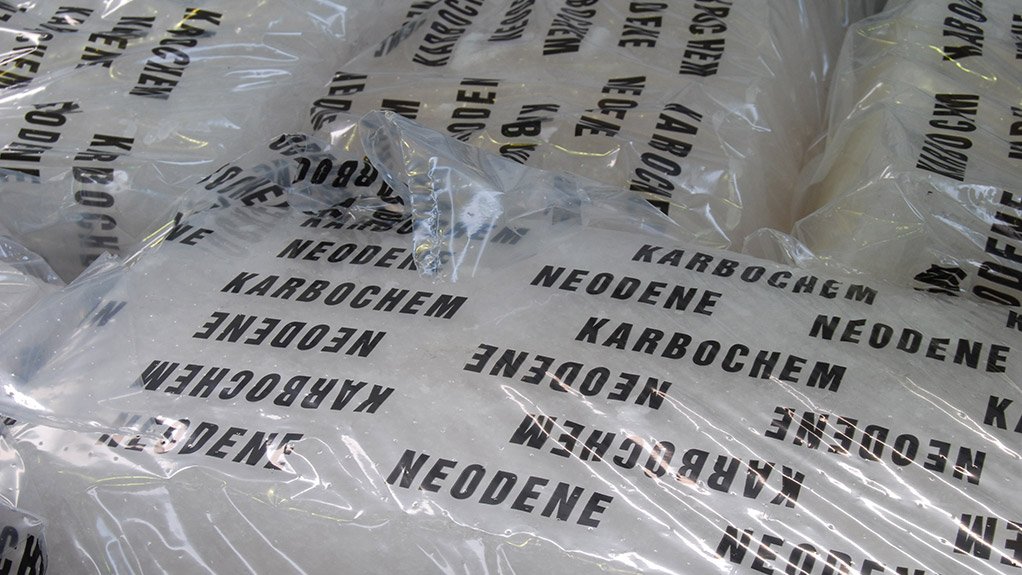 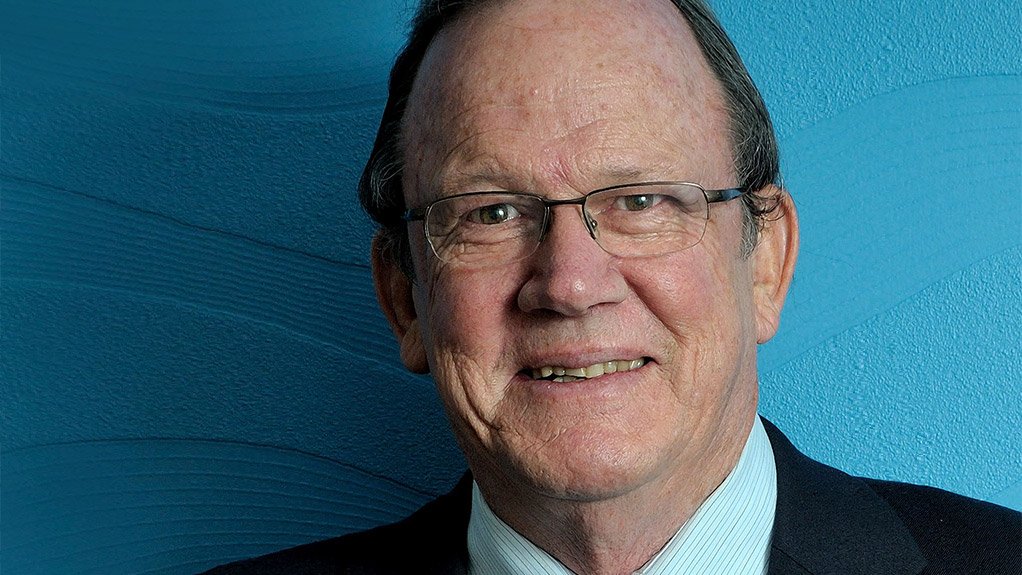 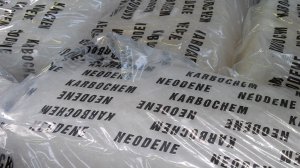 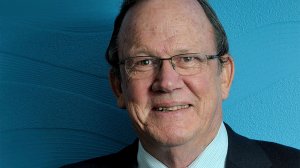 NEODENE RUBBER BRAND Karbochem is the only synthetic rubber manufacturing company in South Africa
ABRAHAM BRINK Since 1953, the synthetic rubber industry has grown between 2.5% and 3% every year

Local synthetic rubber manufacturer Karbochem will host a series of functions in Johannesburg, Durban and Port Elizabeth in September to celebrate its golden jubilee of operations in South Africa this year.

“We are organising these functions to thank our staff, suppliers and customers for their ongoing support of the company,” Karbochem chairperson Dr Abraham Brink tells Engineering News.

The company has also designed a logo specifically for this occasion, which has been placed on all its products and official documents to raise further awareness of this milestone.

It is the only synthetic rubber manufacturing company in South Africa, with a yearly turnover of R1.2-billion and a staff complement of about 350 permanent and 200 temporary employees.

“Karbochem’s rubber manufacturing operations comprise the Sasolburg plant, in the Free State, and the Newcastle plant, in KwaZulu-Natal,” Brink points out.

He says that between 40% to 45% of the company’s products are exported, mainly to Asia, the US, Australia and South America.

Brink highlights that the company’s Sasolburg plant has been in operation since the company’s founding in 1964 and uses emulsion polymerisation technology to produce its products.

However, he notes that the company’s Newcastle plant, which was built in the 1980s, uses more modern solution polymerisation technology. About 80% of the company’s synthetic rubbers are used for the tyre manufacturing industry and the rest for industrial applications, such as rubber linings of valves, heavy-duty conveyor belts and pipelines.

All of Karbochem’s synthetic rubber is produced as rubber crumb, which is compressed into 35 kg rectangular bales individually wrapped in polyethylene film. These bales are then packed into one ton steel crates for shipment or delivery to the customer, which will process the rubber further.

A small percentage goes into the manufacturing of sporting goods, such as golf balls and general footwear, adds Brink.

Brink says exporting rubber to the rest of Africa is challenging, as only a handful of countries on the continent have tyre manufacturing plants, including Zimbabwe, Kenya, Morocco, Tunisia, Egypt and Nigeria.

“Nonetheless, we are able to get our products into other African countries through tyre manufacturers who supply the rest of the continent with tyres,” he says.

Brink says, in the past two years, the South African rubber market shrank by about 15%, owing to the global financial downturn, but he believes that the industry is recovering steadily and will continue to expand in the next two to three years.

“Most of our customers are now back to running at close to full capacity. The rubber industry in South Africa has recovered exceptionally well,” he states.

“The numbers published by the International Institute of Synthetic Rubber Producers – the body that represents all the manufacturers – indicate that, since 1953, the synthetic rubber industry has been growing by between 2.5% and 3% every year. “The markets of India and China are still developing and, as their populations become wealthier, more vehicles will be bought, all of which require rubber tyres.”

However, Brink highlights that although the company is the sole local manufacturer of synthetic rubbers, it is not the only supplier and faces stiff competition from 167 companies that export synthetic rubber to South Africa.

“Like most local industries, Chinese and increasingly Indian imports, pose a challenge. However, we are confident that our high-quality product offering will continue to hold us in good stead, despite these challenges,” he asserts.

Brink says the company has not faced any major difficulties in sourcing skilled chemists and chemical engineers, to date. However, he foresees problems in this regard, owing to the declining output of chemists from local universities.

Additionally, he points out that a trend of graduate chemists wanting to specialise in the softer polymer spheres, such as polyethylenes and polypropylenes, is emerging.

Brink emphasises that chemists are integral to the company, as they undertake the intensive research and development processes. The company is continuously training new artisans and operators, to ensure a steady supply of skilled workers. Product Offering

Karbochem manufactures neodymium- catalysed butadiene rubber, which is marketed under the brand name Neodene and is mainly used in the tread and sidewalls of tyres.

“We also produce a unique product – Isogrip – which, to the best of my knowledge, is produced only by Karbochem. Isogrip is a solution of polymerised 3.4 addition polyisoprene with a glass transition temperature of –10 ºC. It is used in the construction of tyres that require good wet-grip properties without the loss of other critical properties,” states Brink.

He says Isogrip is mostly sold to Europe and the US, where it is in demand for use in high-performance tyres in wet and snowy conditions.