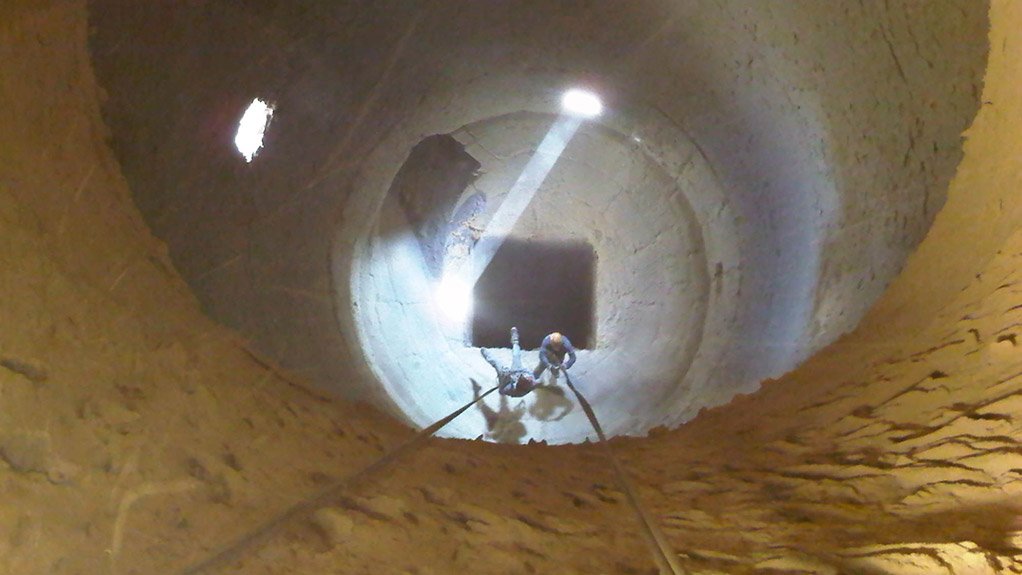 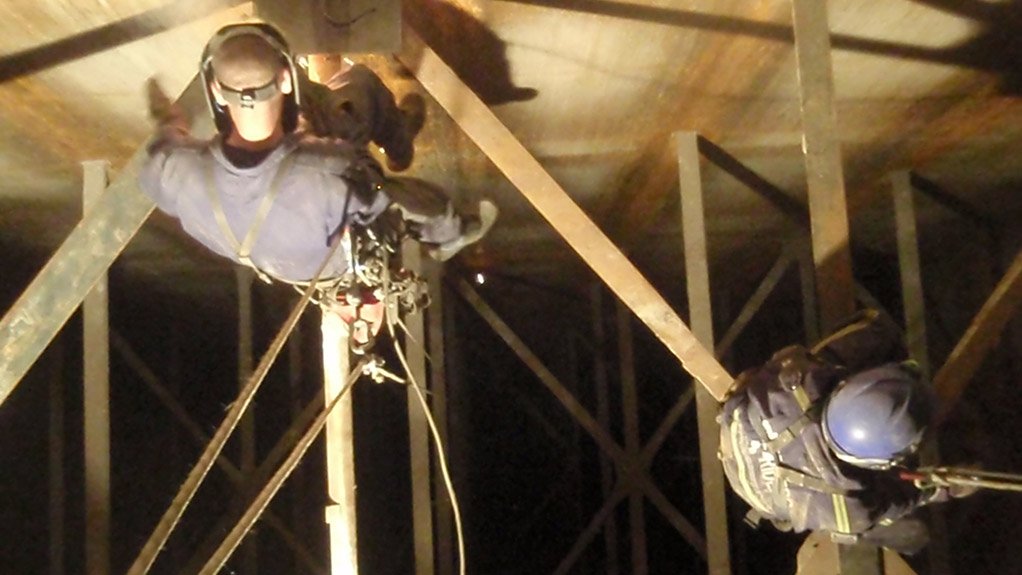 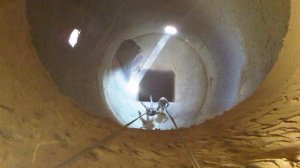 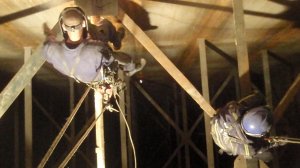 QUICK AND EASY INSPECTION AND REPAIR Skyriders technicians use ropes to abseil down into confined spaces as a means of moving from point A to point B.
SPECIALISED TECHNIQUES The team of five rope-access technicians used ultrasonic wall thickness measuring instrumentation to conduct an internal inspection for Sappi Ngodwana mill

He explains that, rather than shutting down for several days to conduct maintenance and repairs at a mill, Skyriders technicians use ropes to abseil down into confined spaces as a means of moving from point A to point B, saving time and money, compared with more traditional means of access.

“Using rope access enables us to get where we need to be a lot cheaper and a lot faster, which is appealing to clients requiring the scope of work that Sappi needed,” he says.

Zinn says that Sappi has depended on rope- access-aided repair and inspection services from Skyriders since 2006, adding that the company’s most recent work for the Ngodwana mill, carried out over five days in March 2014, involved in-house inspections and marginal repairs.

Skyriders started work on the project as soon as the paper producer gave it the access permit to its facilities.

The benefits of Skyriders’ services include convenience, as well as time and cost savings. He says that, in a paper-mill-type environment, it becomes challenging to implement the more traditional method of access, which becomes an expensive and complicated process.

“The cost of access can be disproportionate to the work that needs to be carried out,” explains Zinn.

The five-day task completed by Skyriders cost Sappi less than R100 000, which was funded by its shutdown budget.

However, Zinn mentions that the short deadlines of this task presented a challenge for the work-at-height team, as the plant was undertaking a standard maintenance shutdown.

“To complete this challenging task, the team of five rope-access technicians used ultrasonic wall thickness measuring instrumentation to conduct an internal inspection of the necessary components, from the boiler to the precipitator, and from the precipitator to the smoke stack. Some minor welding was completed to repair damaged areas.”

State-owned power utility Eskom’s Medupi and Kusile power stations, large construction companies, such as Murray & Roberts, as well as other companies in other industry sectors, including steel mills, petrochemicals and power generation, have used the company’s easy rope- access services over the past year, he adds.

Most of Skyriders’ equipment is imported from Europe, although it uses several local suppliers, with individual pieces assembled together as a kit.

Zinn adds that there are only a few South Africa-based SANS-accredited companies, such as Scavenger and Heightsafety, that can manufacture the equipment that Skyriders requires.