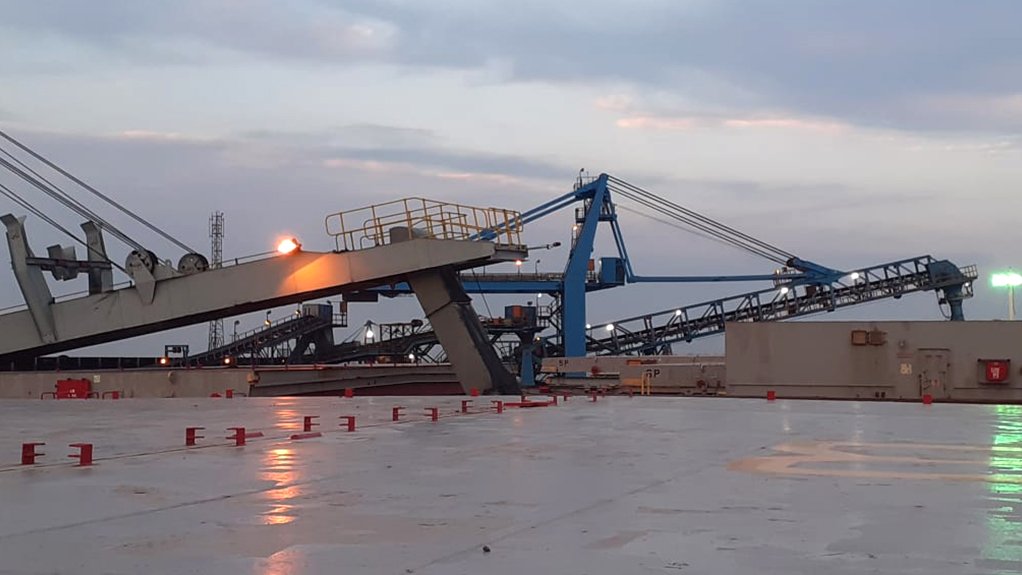 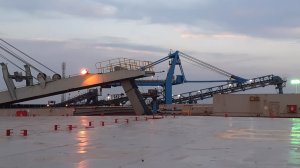 The port of Maputo

The Port of Maputo notched up a new handling record in 2021, registering 21% growth compared with the previous year.

The previous record was set in 2019, with 21-million tons handled at the Mozambican port.

This growth is a reflection of a market recovery post-Covid, but also of the efficient use of rehabilitated berths 7, 8 and 9, along with an expanded ferro-slab footprint and dedicated rail siding.

“Although still not concluded – the full rehabilitation including dredging is estimated to be delivered in April – the port has already reaped the fruits of this infrastructure development,” says Maputo Port Development Company (MPDC) CEO Osorio Lucas.

“The rehabilitation and reinforcement of the quays surface allowed berthing space for bigger vessels. Paired with the dredging performed in 2017 and other marine efficiency measures, the port successfully broke all its handling records, having registered a maximum of 145 545 t of magnetite loaded in one vessel (at the Matola Coal Terminal) and a record of 140 000 t of chrome ore loaded in an MPDC operation,” notes Lucas.

However, rail volumes for chrome and ferro-chrome registered a slight decrease of 4% compared with the previous year, he adds.

“With the recent upgrades and investment in rail infrastructure inside the port, there is huge potential for growth in rail volumes,” says Lucas.

“In the past couple of years, the joint work between MPDC, CFM [the State-owned Mozambican rail operator] and Transnet Freight Rail has also paved the way for an improvement in rail efficiencies.

“We trust that the stakeholders will address the current challenges together so that we continue to work on more balanced volumes between rail and road cargo.”

The investment and implementation of automation solutions within the port, continued throughout 2021, with the completion and activation of the vessel arrival notification system; the rail arrival notification system; the automation of all port weighbridges; as well as the promotion and establishment of the integration between customs, single electronic window systems and port systems, to improve the efficiency in border crossing.

This last initiative is part of a larger action plan, conceived by a joint committee to address bottlenecks in the Maputo Corridor and thus improve the efficiency of cargo flow in and out of Mozambique.

Regarding the year ahead, the MPDC remains optimistic about the prospect of continued growth.

“We believe that we will embrace the full potential of our investment both in infrastructure, technological solutions and human capital. In May, we will present the new masterplan for the Port of Maputo and introduce the future of the port of all Mozambicans,” says Lucas.