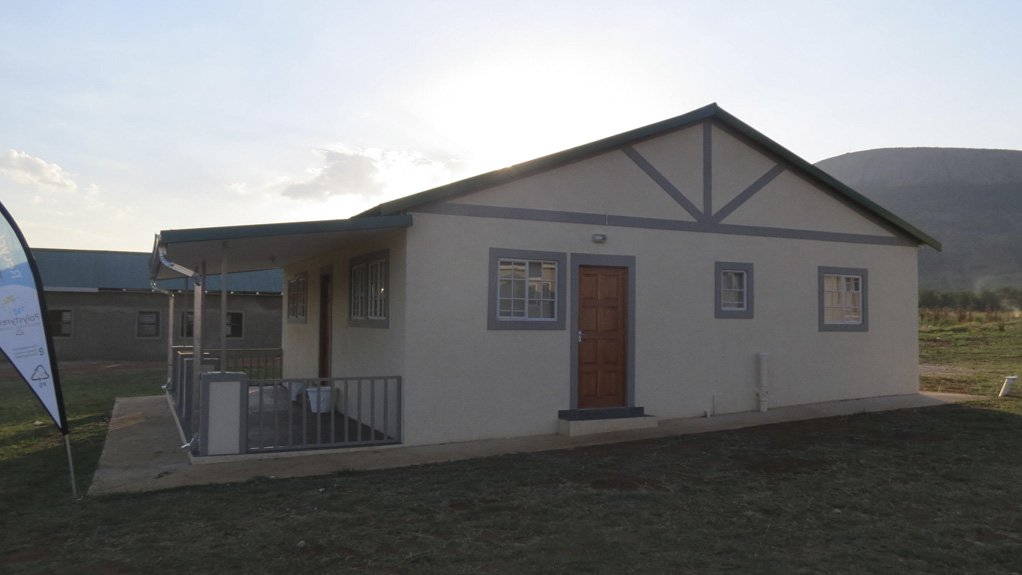 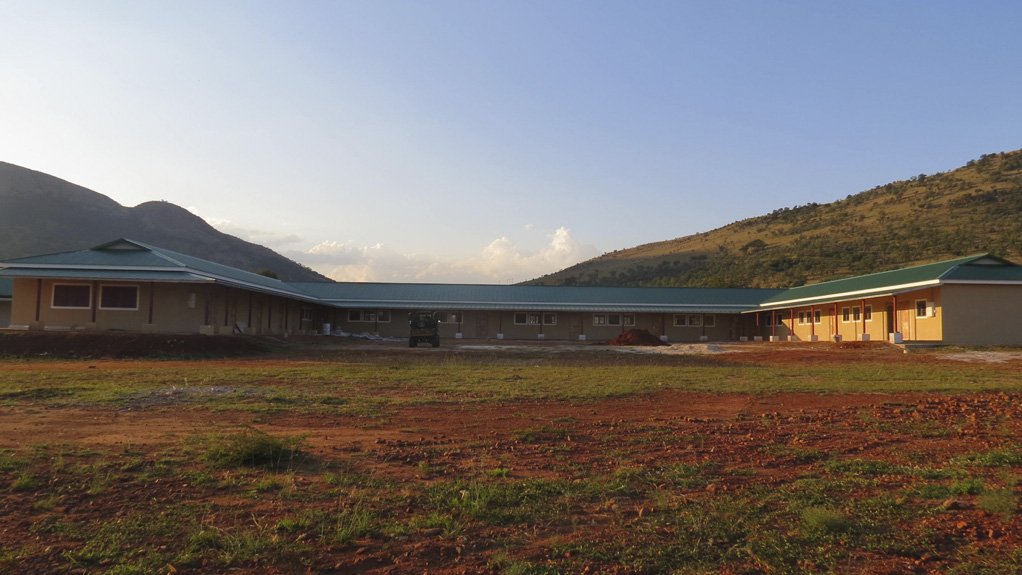 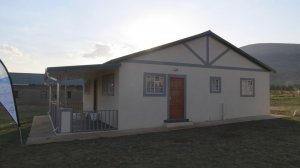 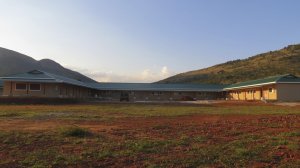 METT director Hennie Snyman explains that the 285 ha Village of Hope – in Madibeng municipality, in the North West – is a pilot project for a low cost, self-sustaining, completely green housing initiative that will eventually be implemented in the other eight provinces.

He notes that the basis for this green initia- tive is a patented cement admixture com- bined with recycled polystyrene, moulded to form wall panels, and set in a light steel frame. This alternative building system is based on seven years of research and effectively uses polystyrene which has been sepa- rated at source, owing to its patented chemical cocktail that neutralises the bacteria contamination.

“Polystyrene has great thermal properties, ensuring that our units are about 10° C cooler in summer and 10° C warmer in winter.” Moreover, the panels are fire- and water- resistant; they are also approved and certi- fied by national standards authority South African Bureau of Standards and non- standardised construction assessment body Agrément South Africa.

The 1.2 m × 3 m panels each weigh about 250 kg, and a single housing unit comprises about 720 kg of polystyrene. Snyman says “the structures generally have a raft foundation, and the entire process, from foundation to handover, can be completed in eight to ten days”.

The composition of the panels is also versatile, with Snyman noting that the JV is investigating a mixture that eliminates the need for cement, substituting it with grass and other aggregates. “We can also reduce the amount of polystyrene, if need be.”

Snyman adds that, while the system is suited to low-cost housing, it can be and has been used for upmarket houses, noting that the biggest structure completed to date using this system is a three-storey 1 600 m2 house, which included a helipad.

He says about 48 workers are on site at the Village of Hope, which should be completed by December. The workers were trained over a three-week period and were sourced from the Madibeng area. Local plumbers and electricians are also consulted.

The village will include a small game farm and subsistence farm land to support its being self-sustaining. Any excess food can be sold to local shops. “It will also be completely off grid, Snyman says, adding that there will be a few solar panels, but the main power source will be the waste-to-energy plant.

There will be a water purification plant on site, with a water reservoir at the site that extends up to 6 m underground, and the houses will be fitted with rain-harvesting systems that will feed into the reservoir; all grey water will be recycled for irrigation purposes, he explains.

The Village of Hope will also include a clinic, an early childhood development centre, a primary and secondary school, a homework centre with Internet access and a library, and a shelter for abused women and children.

About 17 000 t of polystyrene have been used to date, mainly for the construction of the early childhood development centre, primary school, homework centre, and women’s shelter, which have been completed.

Snyman notes that the North West government, Madibeng municipality and the Department of Social Development will handle the allocation of houses “though all children and caretakers will be from the Madibeng area”.

He notes that the PSPC, which acts as a facilitator between waste pickers, recyclers and suppliers of polystyrene, has been integral to the project. It has also assisted in the establishment of a polystyrene recycling facility. The polystyrene collected there is used to manu- facture the panels used for the housing units.

Snyman says, eventually, there will be four panel factories in every province, or 36 factories nationwide. These factories will each employ about 40 staff and use the patented mixture to manufacture wall panels and other construction materials for commercial purposes. He adds that the factories will use facets of the franchise concept, including licensing and affiliation fees, and will probably be subsidised by government.

He maintains that, for the foreseeable future, the mixture will be produced at the flagship factory, in Pretoria, and delivered to the factories across the country to ensure that it has a consistent composition and quality.

Snyman says he expects that the construction industry will change drastically within the next five years, specifically because of the viability of alternative building solutions.

“By 2025, polystyrene will be one of the main building materials used in construction. The benefits of this are far-reaching, as it will stimulate job creation, alleviate the affordable housing deficit, create sustainable communities and reduce the amount of poly- styrene in landfills.”