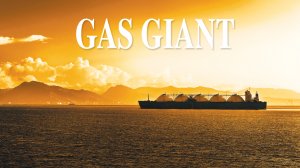 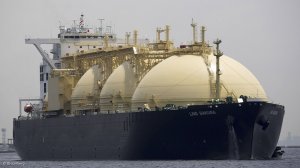 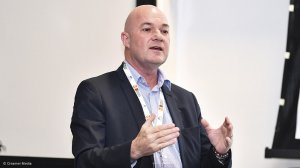 Photo by Bloomberg
ENTER THE GIANT: Mozambique is poised to become a top-five LNG exporter in the coming years
Photo by Bloomberg
PAUL EARDLEY-TAYLOR The fundamental change in the nature of the economic opportunity next door to South Africa is worth exploring
Photo by Creamer Media's Dylan Slater
DUNCAN BONNETT South Africans are failing to grasp the scale of the opportunity presented by Mozambique gas discoveries

South Africans have yet to grasp both the scale of the gas resources uncovered in neighbouring Mozambique and the size of the business and energy opportunities these discoveries present.

With yet more exploration rounds to come, some 150-trillion cubic feet (Tcf) of gas has already been discovered and there is a growing expectation that Mozambique will, in the coming decades, compete with Russia to become the world’s fourth-largest liquefied natural gas (LNG) producer after the US, Qatar and Australia.

Projects valued at some $54-billion are either being implemented or are awaiting final sanction.

The smallest of these projects, the $4.7- billion Coral South floating liquefied natural gas (FLNG) facility, is well advanced. The vessel, which is under construction mostly in Asia, will be 432 m long and 66 m wide, weigh about 220 000 t and be able to house up to 350 people in its eight-storey accommodation module.

It will be the first FLNG vessel to be deployed in the deep waters off Africa and will be anchored at a water-depth of about 2 000 m. Construction work on the Coral South FLNG started in 2018 after Eni, of Italy, announced its final investment decision (FID) in June 2017. First gas is expected in June 2022, after which the plant will be ramped up to a steady state of 3.4-million tons a year.

The real ‘game changers’, however, will be the onshore megaprojects: Mozambique LNG, with a yearly capacity of 12.9-million tons, and Rovuma LNG, which will be ramped up to a yearly nameplate capacity of 15.2-million tons.

The FID on the $20-billion Mozambique LNG project was taken in June by Anadarko, which was bought by Occidental for $55-billion two months later. Following the transaction, Anadarko’s 26.5% interest in the Mozambique LNG project was sold to Total for $3.9-billion. The Mozambique LNG project includes the development of the Golfinho and Atum fields, located within Offshore Area 1, and the construction of a two-train liquefaction plant. Area 1 contains more than 60 Tcf of gas resources, 18 Tcf of which will be developed with the first two trains. The project is expected to enter production by 2024.

Still awaited is the FID on ExxonMobil and Eni’s $30-billion Rovuma LNG development, which is expected during the first half of 2020. The project will extract gas from the deep water Area 4 block, which contains more than 85 Tcf of natural gas.

Standard Bank oil and gas sector specialist Paul Eardley-Taylor tells Engineering News that yet further LNG trains and projects are likely to follow. In fact, the bank is convinced that, in the longer term, Mozambique’s LNG production will grow to about 90-million tons, the equivalent of three-million barrels of oil a day.

Eardley-Taylor says that, by 2024, Mozambique could have four onshore LNG trains operational, along with the FLNG ship. He expects that up to five additional onshore LNG trains could be operational by 2028/29, however, partly driven by the underlying legal requirements associated with Mozambique’s exploration and production concession contracts.

Should the investments materialise, the bank estimates that the FID commitments could be as large as $128-billion by 2025. Mozambique’s gross domestic product currently stands at less than $14-billion.

“The opportunity is so attractive because it’s essentially funded by international capital and secured by external sales of the hydrocarbons.”

In other words, the gas developments beginning to unfold in Mozambique represent a “fundamental shift”, he says, in the economic and energy profile of one of South Africa’s closest neighbours – a shift that too few South African companies have grasped.

The projects will arguably be the region’s largest industrial development in more than a generation, offering both direct and indirect prospects for South African firms.

The direct LNG investment figures alone are eye-wateringly large, but the scale of the opportunity increases even further once the associated investments are included. The Mozambique government is starting to speak of a ‘Gas City’, which is expected to entirely reshape the skyline of the sparsely populated Cabo Delgado province, in northern Mozambique, over the coming decades.

Already envisaged is new economic and social infrastructure to support some 200 000 people. In addition, it is anticipated that manufacturing, retail and social developments will follow in the wake of the initial investments by the international energy companies.

The immediate opportunities, Eardley-Taylor believes, lie in the areas of logistics, cranes, construction, security and the provision of fast-moving consumer goods.

In the medium term, major agriculture and fisheries opportunities are also expected to arise. “A major greenfield value chain must be created in a remote area from a standing start. For example, just to feed the workers associated with the projects will require some two-million chicken eggs every month, which translates into 60 000 chickens laying 1.2 eggs each and every day.”

Bonnett even likens the Mozambique prospect to the one that arose in Aberdeen, Scotland, following the discovery of North Sea oil in the 1970s. “At first, most of the accents were American, but progressively the Scots took over and now it’s Scottish accents that are heard across oil and gas projects globally.”

South African and Mozambique firms have a similar opportunity to become more integrated into global LNG and gas-industry supply chains.

“But you are not going to be successful purely from Johannesburg. You need a local presence in Mozambique,” Van Tonder stresses.

Despite South Africa’s proximity and an indication that $1.5-billion of South African content could be treated as Mozambique content as part of a broader $5.5-billion local-content threshold set for the initial projects, the benefits are unlikely to arise without active engagement.

He is somewhat heartened, though, by recent Department of Trade, Industry and Competition efforts to raise awareness, with Trade, Industry and Competition Minister Ebrahim Patel stating in July that government would help mobilise South African companies to supply R8-billion worth of goods and services to the projects, partly underwritten by the Export Credit Insurance Corporation.

PwC director for capital projects and infrastructure James Mackay says the impact of the projects on both South Africa and Mozambique could be profound.

To realise these potential benefits, however, Mozambique would need to adopt a strategic approach not only for the revenues arising from the gas exports but also for the gas that will be made available for domestic use.

The International Energy Agency (IEA) goes so far as to argue that Mozambique’s ambitions for economic and social development will depend in large measure on its ability to develop its natural gas resources and use the export revenue as a catalyst for domestic industrial development.

“Large industrial consumers of gas, such as the country’s existing aluminium industry, could act as anchors for smaller industries looking to increase their use of gas,” the IEA states in its ‘Africa Energy Outlook 2019’ report.

Several potential spin-off investments could arise to take advantage of the domestic gas that will be set aside as part of what are primarily export projects.

This domestic gas could be used inside Mozambique to produce electricity, fertilisers and chemicals, as well as to supply manufacturing enterprises that require gas as an energy source or as a reductant. Regionally, the gas could replace diesel in power plants and heavy-fuel oil in marine transport.

Eardley-Taylor views the gas investments as a significant regional-integration opportunity – one that could catalyse the recently ratified African Continental Free Trade Agreement and be further amplified by the emergence of technology solutions that are increasing the commercial viability of small-scale LNG trade.

Mozambique, he says, could supply more than ten countries in the region, including South Africa, with gas. “I can think of few better opportunities for deploying small-scale LNG than in Africa, which could help countries to cost-effectively introduce lower volumes of gas into their energy and electricity systems than has hitherto been possible.”

From a supply perspective, the continent’s options will be increased in the coming decade by the introduction of LNG export terminals in Mozambique, Senegal and Mauritania. “We see the whole African coastline as being able to be served by the early to mid-2020s.”

On the demand side, meanwhile, several countries are looking to introduce gas as a way of displacing expensive diesel generators.

“Alongside the jetties catering for the large intercontinental vessels, there could be smaller terminals catering for smaller vessels that can do the milk run up and down the coast, or to nearby islands.”

The limited shipping distance from Mozambique will help South Africa secure relatively favourable delivered ex-ship prices. More importantly, though, is the fact that South Africa’s high-demand winter period does not coincide with the northern hemisphere’s winter peak. “This implies that South Africa can make competitive LNG purchases during periods of increased LNG market liquidity and even take risks on spot pricing.”

Few, if any, of these prospects will materialise, however, unless South African businesses wake up to the enormous opportunity set to arise across its north-eastern border. “There is a fundamental change in the nature of the economic opportunity right next door to South Africa. It’s worth exploring.”