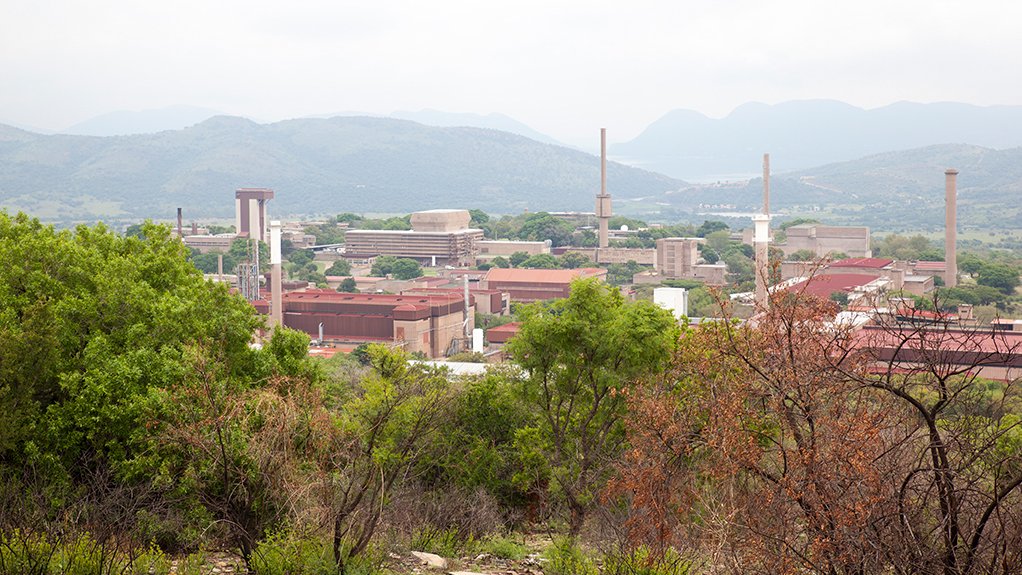 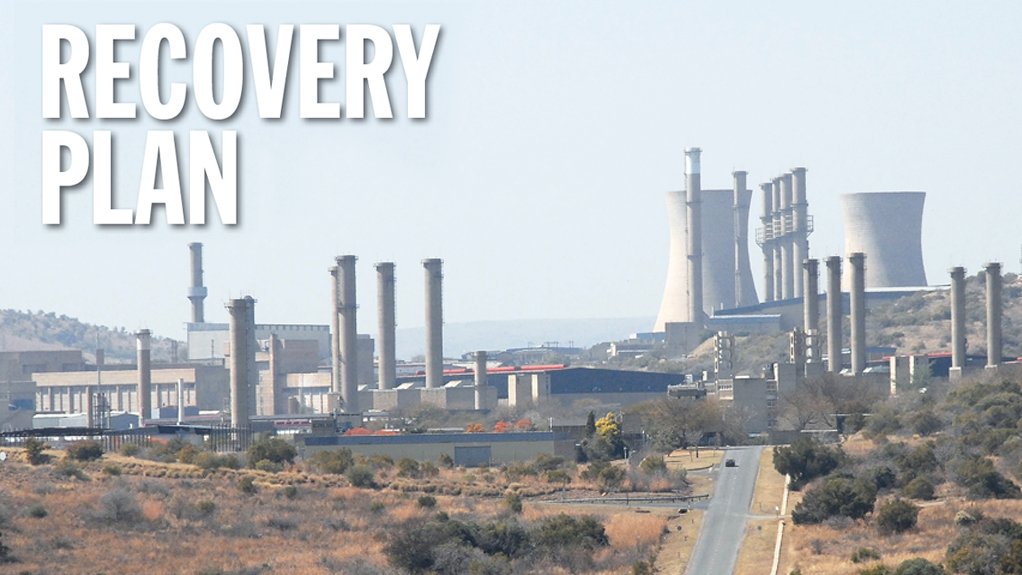 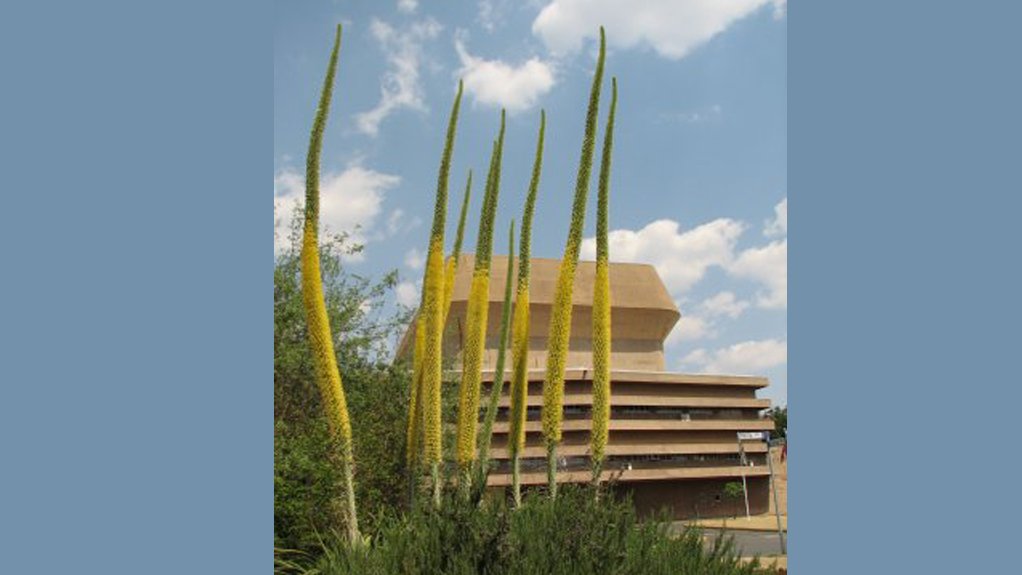 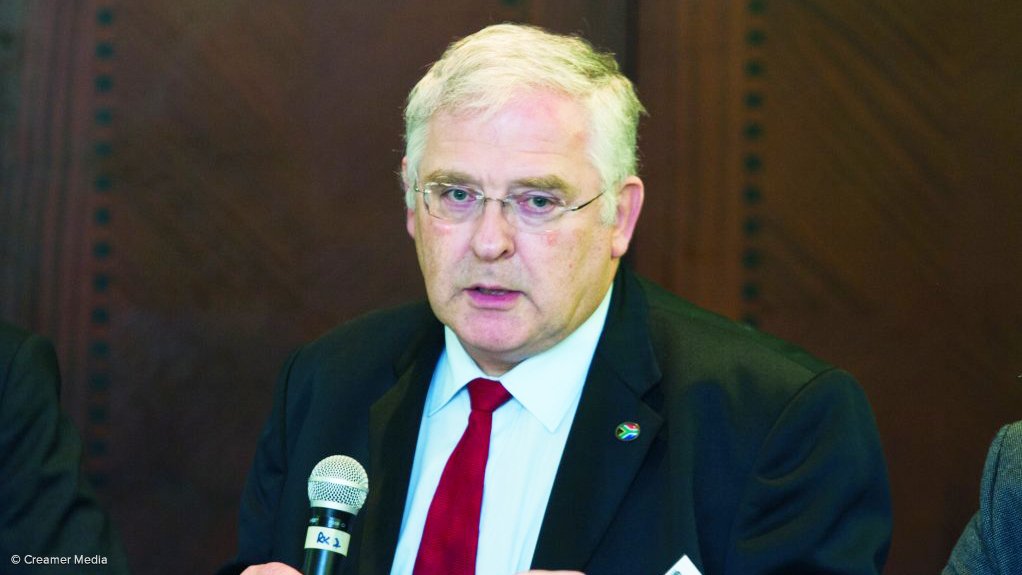 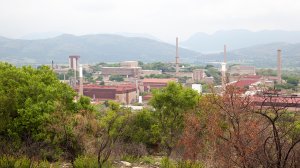 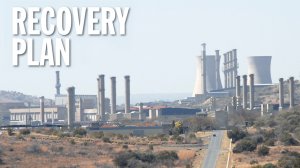 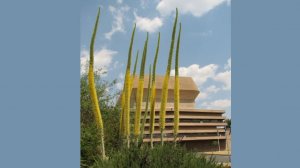 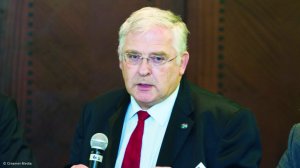 Photo by Necsa
ATOMIC CITY SA A view of part of the Necsa complex, with the reactor building, topped by the “square mushroom” reactor containment dome, visible just left of centre
Photo by Necsa
A DECADE LEFT? The SAFARI-1 reactor building
Photo by Creamer Media
David Nicholls Too early for me to talk about any restructuring or rationalisation

The financially beleaguered South African Nuclear Energy Corporation (Necsa), which falls under the Department of Mineral Resources and Energy (DMRE), had a new board appointed in late January to oversee and turn the agency around.

The chairperson of this new board, which has a term of three years, is veteran former Eskom nuclear executive David Nicholls. In an exclusive interview with Engineering News & Mining Weekly, he outlines his priorities, concerns, hopes and ambitions for Necsa.

“A very important point is that, while we have a financial crisis at Necsa, we don’t have a debt crisis,” he highlights. “Necsa has almost no debt.”

The Complex Necsa is located in its own complex among the hills of Pelindaba, west of Pretoria. Its mandate has two main elements. The first is to carry out and support research and development (R&D) in the fields of nuclear energy and radiation sciences and technology. The second is to process, source special nuclear and restricted materials, reprocess and enrich these materials, and produce nuclear-related specialist products.

It is organised into divisions and subsidiary companies, with its core facility being the Safari-1 nuclear research reactor, which was originally commissioned in March 1965. Originally, the reactor made use of highly enriched uranium (HEU) but was converted to use low-enriched uranium (LEU) in a world-leading reduced enrichment for research and test reactors programme with US agencies, this conversion being completed in 2009. The subsequent conversion from HEU to LEU molybdenum plates for the production of isotopes was completed in 2012. Today, Safari-1 operates only on LEU fuel and with LEU molybdenum plates.

Necsa’s commercial division (not subsidiary company) is Pelindaba Enterprises. This is composed of three business units: Pelindaba Manufacturing, Pelindaba Engineering Services and Pelindaba Consulting Services. Pelindaba Enterprises provides advanced manufacturing, engineering and training capabilities for the local energy technology sector and not just the nuclear sector. It is the only manufacturer in South Africa – and, indeed, in Africa – that has nuclear certification under Section III of the ASME Boiler and Pressure Vessel (standards) Code – better known as ASME III. (ASME originally stood for the American Society of Mechanical Engineers, but it is now a global body and its codes are widely used around the world, including in South Africa.) ASME III covers the construction of nuclear facility components.

Pelindaba Enterprises is complemented by the Necsa Learning Academy. This is an accredited training centre for skills required by advanced manufacturing industries and nuclear-related technologies.

In addition, Necsa has two subsidiary commercial companies, NTP Radioisotopes (NTP) and Pelchem. NTP mainly manufactures radioisotopes, primarily for the medical sector, but also for industrial uses (such as nondestructive testing). It is, in fact, one of the most important manufacturers of the widely used Molybdenum-99 (Mo-99) isotopes in the world. Pelchem is a speciality chemicals manufacturer, being the only producer of fluorochemicals in Africa and, indeed, in the entire southern hemisphere. It makes more than 14 products, which are exported to more than 25 countries.

Necsa also has a visitor centre, open to the public and outside the security perimeter of the Pelindaba complex. This serves to educate the public about radiation and nuclear science and technology.

“It is too early for me to talk about any restructuring or rationalisation at Necsa,” points out Nicholls. “There will be discussions on these issues. But it is far too soon for any substantive discussions yet. Will there be retrenchments? I don’t know yet. I have not opened discussions about retrenchments with anyone. I don’t see my role as cutting jobs; I see it as raising output so as to ensure the full employment of our current staff.”

He has four priorities, which operate on different timelines and started immediately after his appointment as chairperson of the Necsa board. The first was to make certain that there was enough money to pay all staff salaries for March. The second is focused on the subsidiary companies – NTP and Pelchem – to get them back to profitability, so that they can make enough money to help support the whole Necsa group. “Both have problems,” he observes. “Pelchem’s problem is that its plant is now old – 30 years or so old. It needs investment. It has no problems with customers – it sells everything it makes. It could sell more, if it could make more.”

NTP suffered from extended safety shutdowns from November 2017 to November 2018. As a consequence, the company lost income totalling R2-billion over a two-year period. “They lost a lot of their market,” he notes. “They need to get their customer base back. The market is still a bit wary of NTP. But we hope it can restore its position over the next 12 months.” (This shutdown brought home to Necsa just how fast its customers could find new sources of supply. They had to – lives quite literally depended on it.)

The third priority follows on from the second, but is more medium term in its timescale. This is to review the facilities at both NTP and Pelchem and see if both these subsidiaries could develop and manufacture new products, strengthening and widening their market presence. “There is potential for this,” he assures. One project already under consideration is for Pelchem to produce antiretroviral drugs to treat people living with HIV/Aids. This would be done in cooperation with minerals beneficiation technology science council Mintek (which also falls under the DMRE). Mintek has developed high-value rapid diagnostic kits (which use gold nanoparticles as their active ingredient) for diseases including HIV/Aids, malaria, Rift Valley fever and tuberculosis, and is seeking to commercialise them. “Minister Gwede Mantashe pronounced on this partnership during his 2019 Budget vote speech. I’m confident that we’ll get government support,” he states.

Longer term are major projects, including ‘blue sky’ initiatives. “What could we do?” he queries. “One idea is to build a very large fluorochlorine plant, possibility in a joint venture with a local company.”

Another longer-term issue is the future of the Safari-1 research reactor and its possible replacement by a new reactor. Safari-1 (the name originated as an acronym for a designation that was abandoned decades ago) is now 55 years old. Safari-1 has to be a sustainable operational irradiation facility to serve the commercial programme and other stakeholders until at least 2030, or beyond, depending on continuous engineering assessments, supported by an ageing management programme, in-service inspections, effective maintenance, operational constraints, and regulatory conditions. “If we are to replace Safari-1 with another reactor, now is the time to start the discussions,” he stresses.

But key questions have to be asked and answered first. Once such question is: “Is the radioisotope market now served by Safari-1 sustainable beyond 2030?” he asks. “If not, we would then only need a much smaller reactor, just for research. I think people underestimate the need to put money into research. The countries that are doing well economically are putting a lot of money into research. Research gives benefits 10, 15, 20 years into the future. We need to do more research, but in Necsa we need a balance between our research and commercial sides, to keep our researchers in contact with reality and keep our commercial operators aware of likely new developments.”

“If the reactor-produced radioisotope market is sustainable – and at present it looks as if it is – then we would need to keep production continuous,” he highlights. “So, a new reactor would need to be built and commissioned while Safari-1 remained in operation. Thereafter, Safari-1 could be decommissioned – or even taken offline and completely refurbished and then restarted, to increase our production of radioisotopes.”

“My aim is to make Necsa bigger and better and more efficient, not to make it smaller and leaner,” concludes Nicholls. “I want Necsa’s units to have realistic short-term expansion plans. If these plans are financially viable, we should be able to raise the money from the market. There would be no need for government funding. Government funding would really be a bail-out. In this regard, the important thing to remember is that, while we have a financial crisis, we don’t have a debt crisis.”