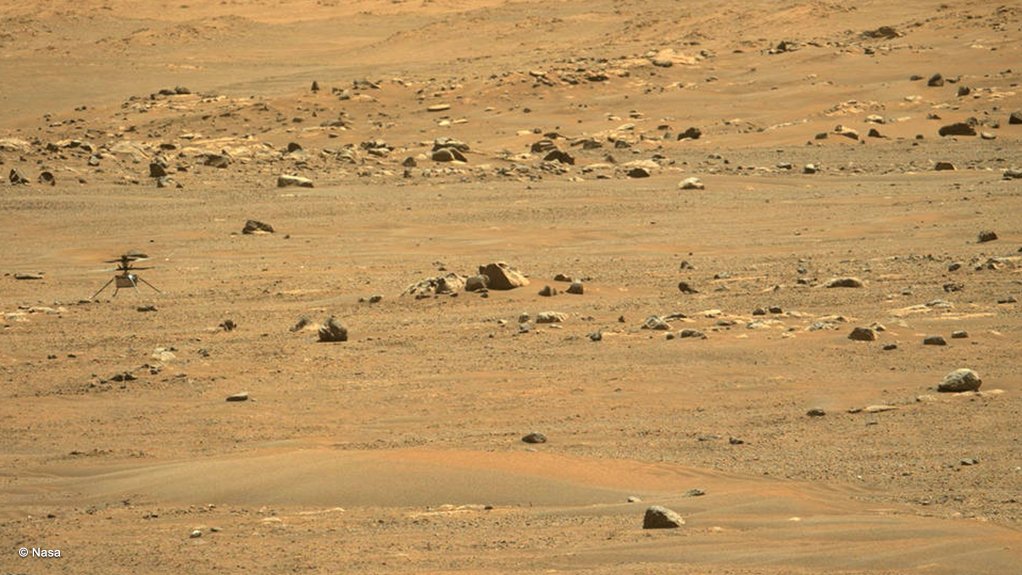 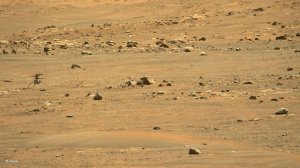 The US National Aeronautics and Space Administration’s (Nasa’s) Mars Helicopter team, based at the famed Jet Propulsion Laboratory in the state of California, is currently planning the small drone aircraft’s next (sixth) flight, it has reported. The autonomous uncrewed aerial vehicle (UAV), named Ingenuity, is currently ‘parked’ at its second landing site, having moved there from its original landing site (designated ‘Wright Brothers Field’) during its fifth flight.

The team intends for flight six to take place sometime next week. It will be Ingenuity’s first proper ‘operations demonstration’ phase mission. Originally sent to Mars (carried in the belly of Nasa’s latest Mars rover, Perseverance) purely as a technology demonstrator, the speed and complete success of the technology demonstration programme have resulted in the helicopter being given this new operations demonstration mission, during which it will be used to evaluate how aerial reconnaissance and other activities could assist future exploration missions on Mars and other worlds.

During the sixth flight, Ingenuity will be used to image, from the air, a number of features on the Martian surface. At the end of the flight, it will land at a new site, which will be its third landing site and so designated ‘Field C’. While the UAV itself surveyed its second landing site during its fourth flight, this time its new landing site has been chosen after an examination of high-resolution images from Nasa’s Mars Reconnaissance Orbiter spacecraft.

After landing, Ingenuity will relay images and other data to Earth via Perseverance, which carries the helicopter’s communications base station. This process will be spread over several days. As Perseverance will be preparing for the start of its science mission, it will not capture images of the UAV in flight.

The flight plan for the sixth flight will see the helicopter climb to an altitude of 10 m and then fly 150 m to the south-west. At that point it will start to collect imagery of the surface in an ‘area of interest’, which stretches for some 15 m to 20 m, and includes sand ripples and bright rock outcrops. On completion of this task, it will fly about 50 m to the north-east and land at Field C.

Flight six will also see Ingenuity further expand its performance envelope. It is predicted to reach a speed of 4 m per second (about 14.5 km/h). The flight should last about 140 seconds.