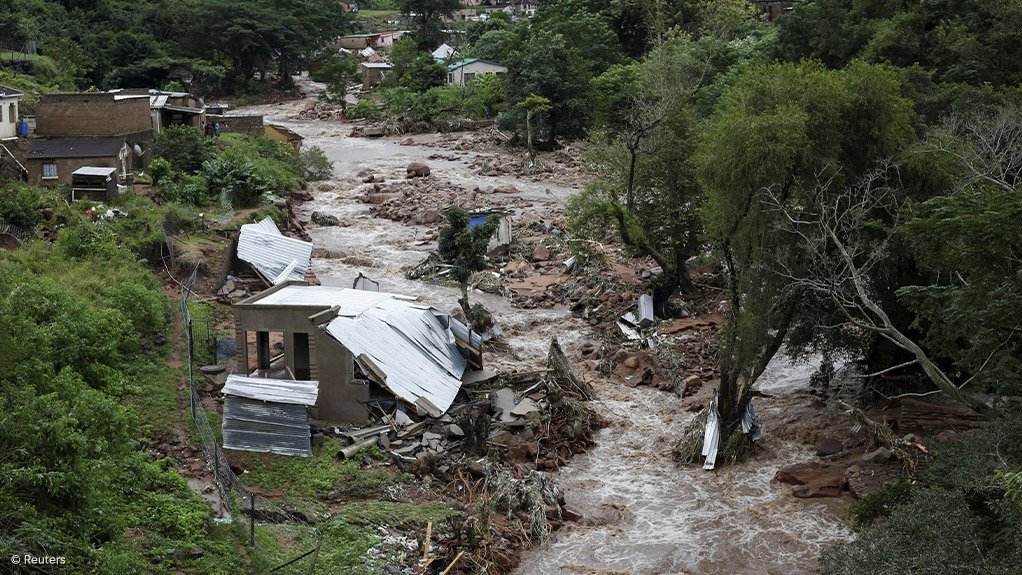 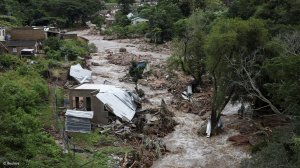 In her weekly newsletter, she noted that infrastructure had failed because it had not been kept in full operating condition. Compounding this was many houses having been built illegally, while informal settlements had sprung up in low-lying areas that were particularly vulnerable to flooding.

“The search and recovery effort is clearly the priority, while also bringing immediate relief to those who are vulnerable. But it is also important that we swiftly deal with the economic impact of the floods, particularly to unlock key logistics routes,” she said.

Mavuso said the economic impact of the floods would be severe.

“Many businesses have seen their stock and premises destroyed and are unable to resume [trading] due to flooding. Billions of rands of property has been lost. Key logistics routes remain unpassable, snarling up supply chains and causing wider damage to the economy.

“Ports have been damaged and are currently unusable while access roads are damaged,” she stressed.

Mavuso said that, while urgent lifesaving support should be the priority, it was important that businesses and authorities also focus on restoring transport connections.

She referred to President Cyril Ramaphosa’s speech on April 18, wherein he reinstated the National State of Disaster owing to the floods, highlighting that the focus was rightly placed on restoring the road network, particularly the N2 and N3 highways.

“Unnecessary delays to resuming normal operations mean a greater cost to the economy, resulting in lost employment and revenue. The recovery thereafter is going to be critical as we rebuild infrastructure. Major parts of the province’s road and bulk water infrastructure have been damaged,” she said.

Ramaphosa said in his speech the death toll stood at 443, although this number is still expected to rise owing to at least 48 people remaining unaccounted for. Moreover, nearly 4 000 homes had been completely destroyed, with more than 8 300 homes partially damaged.

Overall, about 40 000 people had been displaced, Ramaphosa said.

He said there had been extensive damage to public infrastructure, including schools, health facilities, police stations and magistrates’ courts.

He estimated that more than 270 000 learners had been affected after more than 600 schools were damaged, noting that 16 of the schools could not be accessed at all owing to damage done to connecting roads and bridges.

The flooding has also disrupted fuel lines and food supplies.

Ramaphosa said the designation of a provincial disaster is inadequate to deal with the damage suffered in KwaZulu-Natal, because the disaster would have national consequences and government, therefore, decided to declare a National State of Disaster.