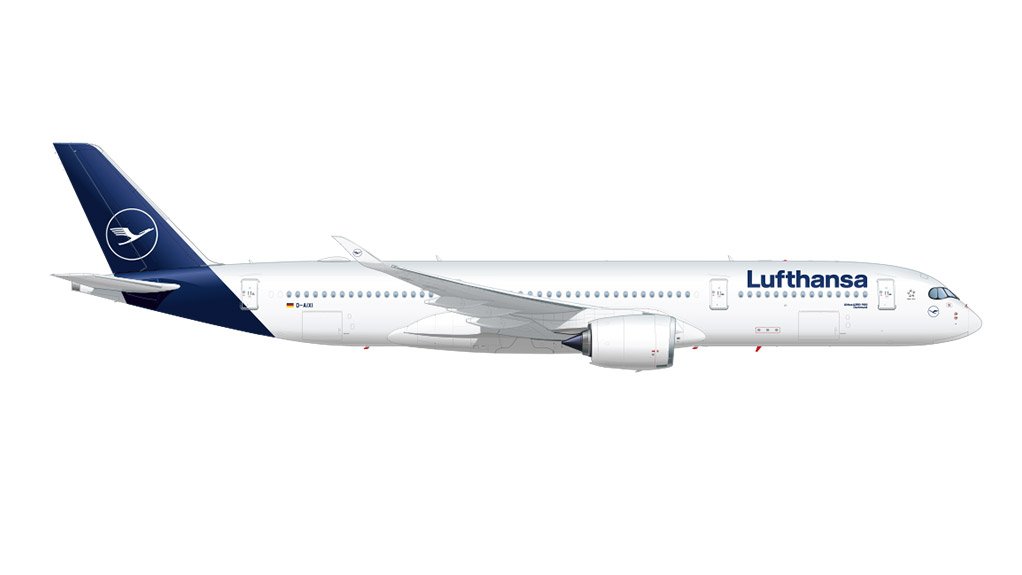 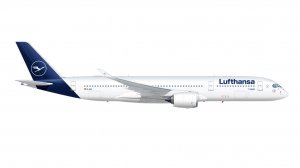 German flag carrier Lufthansa announced on Thursday that it would start flying its new-generation Airbus A350-900 airliners on its direct Cape Town-Munich route in December. The airline ordered 25 of these aircraft last year, of which the first ten will be based in Munich, flying on routes between that city and Beijing, Boston, Delhi, Hong Kong, and Mumbai as well as Cape Town. Seven of the new airliners are already operating from Munich.

“Cape Town has risen significantly in global rankings as a preferred destination for both leisure and business travellers,” explained Lufthansa Group Southern Africa GM Dr Andre Schulz. “European passengers travel increasingly to South Africa, both for leisure and business; and at the same time we see an increasing demand from locals to travel to Europe.”

Lufthansa’s A350-900s can accommodate 293 passengers, comprising 48 in business class, 21 in premium economy class and 224 in economy class. The company described the new airliner’s economy class as “particularly roomy and comfortable” as well as featuring the latest technology. “We are excited about introducing this world-class aircraft on our Cape Town-Munich route, in order to ensure we continue to meet our customers’ expectations and build on our African service offering,” he stated.

The airline highlighted that the new aircraft had, thanks to optimised aerodynamics and its Rolls-Royce Trent XWB turbofan engines, a 30% smaller noise footprint, which was significantly lower than the required level. It also uses 25% less jet fuel, and has an average consumption of just 2.9 litres per passenger per 100 kilometres. Consequently, its emissions are also 25% lower.

“Adding the A350-900 to our fleet has been a milestone for Lufthansa, and one that makes us exceptionally proud,” affirmed Schulz. “We are looking forward to welcoming this aircraft to Africa, and are sure that our passengers will share in our excitement.”

The airline noted that the A350 can be built in 33% less time than other Airbus types, because its fuselage, tail plane, wings and passenger cabin can all be assembled at the same time. The A350-900, along with the longer-fuselage A350-1000, form the A350XWB family of airliners, constructed mainly from composite materials.